PENANG, Malaysia -- The series of giant metallic tripods placed in front of the Dewan Sri Pinang event hall in George Town, the capital of the northwest Malaysian island of Penang, looks like a single line of eerie cranes in the soft evening light. Atop the structures are rotating arms equipped with loudspeakers and a set of lights at each end.

Just before sun set, the arms start spinning above the heads of many curious spectators, emitting a hypnotic siren call of precisely tuned musical pitches, while drawing mesmerizing red circles in the air. This is not science fiction, but "Chorus," an art installation mixing kinetic sculptures with a choir of sound machines. Created by award-winning British composer Ray Lee, it arrived in Penang as part of the eighth George Town Festival, one of Malaysia's -- and Asia's -- most acclaimed international arts festivals. "I thought that only children would like 'Chorus,'" said Joe Sidek, the festival's director. Dressed in a traditional Malay tunic and a black songkok (the Malay skullcap), he originally hails from the southern Malaysian state of Johor, but since the age of nine, has lived in Penang for 50-odd years. Before becoming the island's main art patron and entrepreneur, he ran his family's chemical factory.

This year, the six-week-long festival kicked off on July 28, and with a program that is bringing to Penang a cast of international shows and performances ranging from photo exhibitions to art installations, from cutting-edge music to theater and dance, until Sept. 3.

Having evolved steadily since it was first staged in 2010, the festival has helped cement George Town's reputation as one of the most vibrant art hubs in Southeast Asia. And it has made its mark on the whole country. A famous series of wall murals by Lithuanian artist Ernest Zacharevic that kickstarted Malaysia's infatuation with street art, for example, was originally commissioned by Sidek in 2012 for the festival's third edition. Artist Rebecca Duckett-Wilkinson poses in front of her two paintings, "Flora & Fauna” and “Migrating and Morphing,” exhibited in the Malaysian section of "Space of Time." (Photo by Kit Yeng Chan)

"It was a good experience and very instrumental in attracting the world's attention to George Town, but I wouldn't do it again," Sidek told the Nikkei Asian Review. "I prefer not repeating myself, and would rather move forward, always exploring new ways of creativity."

The festival, which was partly sponsored by the Penang state government and cost about 8 million ringgit ($1.86 million) to organize this year, is one of several artistic ventures by Sidek. He also curated the Southeast Asian program of the Australian short film festival, Tropfest, in 2011 and 2012. Earlier this year he inaugurated the Rainforest Fringe Festival in Sarawak to introduce photo and art exhibitions, music and a fashion show alongside Malaysian Borneo's most popular event, the Rainforest World Music Festival. "I like the energy there, and people are easier to work with," said Sidek.

Keeping Malaysia's arty heart beefy and pumping, however, is no easy task. "Sometimes I lose money, and it's always hard to get enough sponsors and break even. That's the risk one takes when trying to keep the majority of events free of charge," said Sidek, whose mandate as the George Town Festival's curator will end in 2018.

Of the 27 million or so international travelers that Tourism Malaysia claims visited the country in 2016, most are driven to Penang because of its 2007 UNESCO World Heritage inscription and its wide-ranging offering of artistic events. The festival has been pivotal in fostering Penang's fame as a vibrant Asian arts hub, attracting proposals from prominent international artists who flock to the Malaysian island each year. 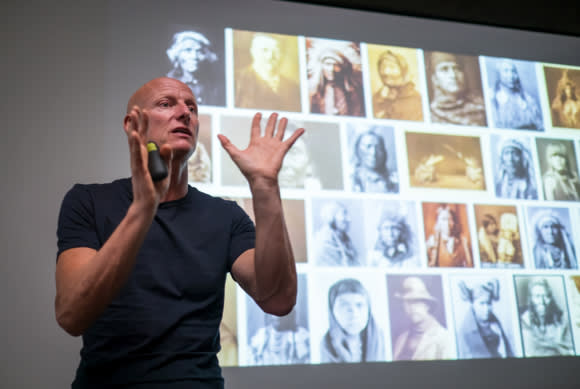 "We received around 300 proposals this year, of which the majority was foreign, but I don't make distinctions. I decide based on each show's value," noted Sidek, adding that he is now focused on promoting the richness of Southeast Asian arts and crafts to the world.

Indeed, this year the festival has a more regional flavor. It kicked off with "Svara ASEAN," a convergence of Southeast Asian musicians such as the award-winning Philippine Madrigal Singers, the Penang Philarmonic Orchestra and Jazz band, Balinese flautist Gus Teja, Thai mezzo-soprano Anchee, and Malaysian actor and singer Adhiba Noor.

In the same opening weekend, besides an "ASEAN Design Forum" and "Macam-Macam ASEAN" -- a two-day food, arts and craft pop-up market enlivened by Star Wars-inspired Kelantanese shadow puppets and Hokkien glove puppetry performances -- there were international artists and guests, including Amsterdam-based British photographer Jimmy Nelson. The author of the highly controversial photo-book "Before They Pass Away," that portrays choreographed shots of some of the world's most exotic tribes, was in Penang to conduct a workshop and open his month-long exhibition at George Town's Bangunan UAB building. On July 30, his talk drew a capacity crowd of both local and international spectators. Among other international highlights of the festival's six weeks is a production of the Indian musical, "The Manganiyar Classroom," by Roysten Abel; Australian acrobatics show "A Simple Space"; French-Japanese choreographic dance performance "Hakanai"; the Southeast Asian premiere of physical drama "6 & 8" by Tao Dance Theater Group from China; a joint Malaysian-Japanese Noh theatre production called "The Italian Restaurant"; plus potehi glove puppets and folk music from Taiwan, as well as many other exhibitions and shows by local Malaysian artists.

Many of the events offer free admission, leaving it to festival goers to donate to a system for discounted community tickets that subsidizes student entry fee for the international shows.

Mixing Penang with the world

A highlight of this year's festival is the big number of permanent art exhibits enlivening several of coastal George Town's heritage buildings, such as the Whiteaways Arcade. "Character Types" by Penang-based Goh Hun Meng and Gareth Richards, for example, celebrates the typography of the different languages spoken in Penang, and the way it blends with the character of the island's multiethnic population. 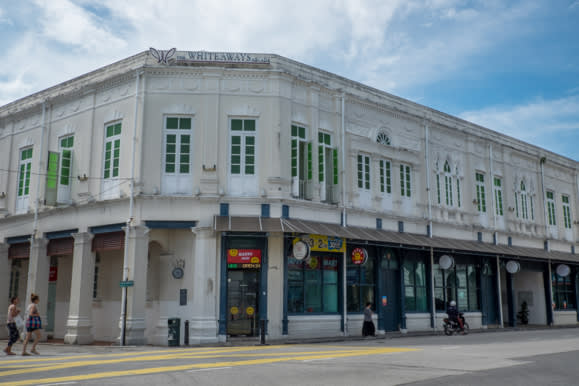 "GTF has grown into a very committed art festival," said Goh, 45, in the refurbished Beach Street's shop-house that houses his works. "Sidek made great efforts to connect arts from Penang and the world, helping us locals reach out to a bigger audience, and broadening our vision by working together with international artists." "Space of Time" showcased the diverse work of women artists from Malaysia, South Korea, Taiwan and the U.S. (Photo by Kit Yeng Chan)

Art exchange is also at the base of "Space in Time," a collection of over 50 works by women artists from South Korea, Malaysia, Taiwan and the U.S.. Curated by the International Women's Arts Exchange Association, the exhibition is in its sixth run after shows in Gwangju, Moscow and Yokohama.

"GTF has evolved and become more inclusive over the years, but I still feel that not enough is being invested in local content," said Rebecca Duckett-Wilkinson, one of the participating Penang-based artists.

"It is still the 'celebrity' events that capture the media and the best venues, and I'm still fighting the feeling that, although a lot has been put into the GTF, the local content is just left to happen on its own after approvals, and it's not accorded the time, effort and attention needed to really find its voice," she added. "We need locals to go 'wow' at what is here, because we have great talent and voices in George Town, and they deserve more. In particular, more space to women." The haunting puppet that is the center piece of "Sharing that Hope" by Foo May Lyn, one of the Penang-based contributors of "Space of Time" (Photo by Kit Yeng Chan)

Sidek has a different opinion: "One of my staff told me that she will soon get rid of me to take my place as GTF's curator. It's exactly the kind of passion I'm looking for when scouting for collaborators and acts, and I still believe that many Penang-based artists lack this level of courage and focus," he said.

While many acts and artists are fresh to the festival this year, the organizers for the third consecutive year have also launched the Butterworth Fringe Festival, a corollary street event aimed at promoting George Town's less famous twin city, right across the Strait Sea on Peninsular Malaysia's mainland. This year, a crew of Malaysian, Australian and Argentinian mural artists, jugglers, stunt-men and comedians enlivened the streets of Butterworth on Aug. 12-13, to celebrate and promote the heritage of this lesser known town.

Regardless of budget and organizational challenges, the George Town Festival is still geared for success and further evolution. "We have regulars coming to attend the festival every year from as far as South Africa, New Zealand and the U.K.," said Sidek. "That's what really matters to me, because if we have made friends all around the world, then we have made a big impact."