GEORGE TOWN, Malaysia -- Perched on the former colonial hill station of Penang Hill, an abandoned and yet regal-looking hotel overlooks UNESCO-listed George Town, the main settlement on the Malaysian island of Penang. Many wonder why such a beautiful heritage building is being left to rot on an island where property prices are soaring. The popular view is that the hotel is haunted.

The Crag Hotel has remained empty and abandoned since 1977, when an international school that had taken over the building in 1955 moved from the top of Penang Hill to sea level. The Crag was sometimes used as a guesthouse until 1999. Surrounded by walls of viridian forest, and often blanketed by thick mist, the decrepit empty building oozes a timeless old-world charm that makes it a perfect setting for a film location.

Part of the Crag Hotel site was used to reproduce the Himalayan foothills of British India in the U.K. television series "Indian Summers," which aired in 2015-16. Now the makers of a Malaysian horror film have exploited the Crag's supernatural reputation with "Irul: Ghost Hotel" (2021), which is also the first feature length "found-footage" Tamil-language horror film released in Southeast Asia -- and perhaps the world. Found-footage is a film subgenre in which all or part of a movie is presented as if it were film or video recordings discovered by the producers.

Released on March 18 on the Malaysian streaming service Astro First, "Irul: Ghost Hotel" is directed by Prem M. Nath, a Malaysian-Indian who is a landmark figure in Malaysia's Tamil-language film industry, which produced 10 to 15 films a year before COVID-19.

Prem is well-versed in making low-budget horror movies -- his debut "Uyir," also known as "The Soul," (2005) focused on a group of youngsters and their encounters with the supernatural, while "Vere Vazhi Ille," also known as "No Other Way," (2015), was the first Tamil zombie film ever produced. Prem's budget films mix horror tropes with elements of South Indian religious rituals and folklore that make them unique.

Top: Completely abandoned since 1999, the Crag Hotel has earned a reputation for being haunted, and now stars in a Tamil found-footage horror film. Bottom: Looking out over the hotel's bungalows. The former hotel was used as the Royal Simla Club in the BBC's 2015 historical drama "Indian Summers." (Photos by Marco Ferrarese)

"We did a few location scoutings for 'Irul,'" said Prem, who had initially set his eyes on Mimaland, an abandoned theme park outside Kuala Lumpur, "but couldn't get permission [to shoot there]." He then traveled to Penang to check out the Crag Hotel. "You should go there at night," he said. "When I saw the mist blanketing the whole place, I knew it was perfect, and I'm surprised that most Penangites are not aware of it."

Shot in 15 days in April 2019 with a budget of 200,000 ringgit ($48,300), "Irul: Ghost Hotel" tells the story of cinematographer Senthil (Senthil Kumaran Muniandy) and sound recordist Vicran (Vicran Elanggoven), who engage with female documentary producer Punitah (Punitah Shanmugam) to shoot overnight at the hotel -- which she believes hides her missing brother. "Irul: Ghost Hotel" is the latest production by Kuala Lumpur's low-budget horror movie maker Kuman Pictures, and its first in the Tamil language, following the Mandarin-language psychological thriller "Two Sisters" (2019) and the Malay-language demonic horror "Roh" (2020). The latter will represent Malaysia in the Best Foreign Language Film category at the Academy Awards in Los Angeles on April 25.

Kuman's executive producer and director Amir Muhammad said that releasing films in Malaysia's three official languages "was not a conscious goal, but we are happy it turned out that way." In the future, he added, "We also want to do at least one film each in Iban and Kadazan [languages spoken in Malaysian Borneo]. We think that the horror and thriller genres themselves count as a lingua franca that audiences would understand."

Consisting entirely of found-footage shot by the actors, "Irul: Ghost Hotel" offers an interesting attempt at contextualizing the colonial exploitation of Penang's Tamil population within the horror genre. Perhaps unintentionally, it also taps into another kind of horror: heritage mismanagement on Penang Island.

"The Crag hotel is gorgeous," said Prem. "Based on conversations we had with Penang's heritage department, I believe that talks [about restoring the building] have been going on with developers for ages. As far as I know, the hotel will be revived as a cafe or restaurant, without altering the design. It's sad that not only in Penang, but also in other places in Malaysia, heritage buildings are not properly conserved." 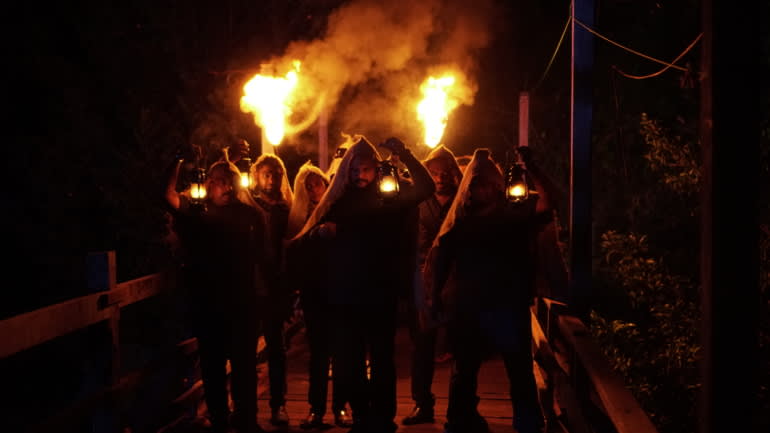 Top: Director Prem M. Nath, center, on set in the Crag Hotel. Bottom: A still from the film. (Courtesy of Kuman Pictures)

Built in 1895, the Crag Hotel is one of the four masterworks of the Sarkies Brothers, the Armenian-Iranian architects who gave Southeast Asia four of its most iconic colonial hotels -- the others are the Eastern & Oriental in George Town, The Strand in Yangon and Raffles in Singapore.

Khoo Salma Nasution, vice president of the Penang Heritage Trust, said the Crag is one of a number of heritage buildings that have been "sacrificed'" because they are outside the boundary of Penang's UNESCO World Heritage Site. State law protects various categories of heritage buildings, but the rules are not always followed. In 2017, the demolition of a pre-World War II bungalow on stately Peel Avenue sparked an outcry among heritage activists.

"It's a real shame that the Crag Hotel has been abandoned for so long. Due to the precipitous nature of the site, a more ambitious development would be ill-advised. So why not rent it out on low or nominal rent, on a long lease, for an artists-cum-writers colony? Provide a small grant for materials for the occupants to fix up the buildings themselves," said Khoo. 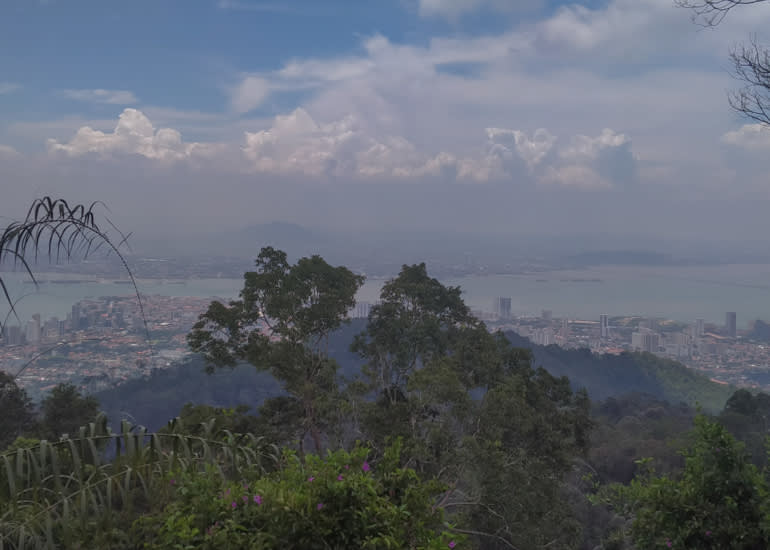 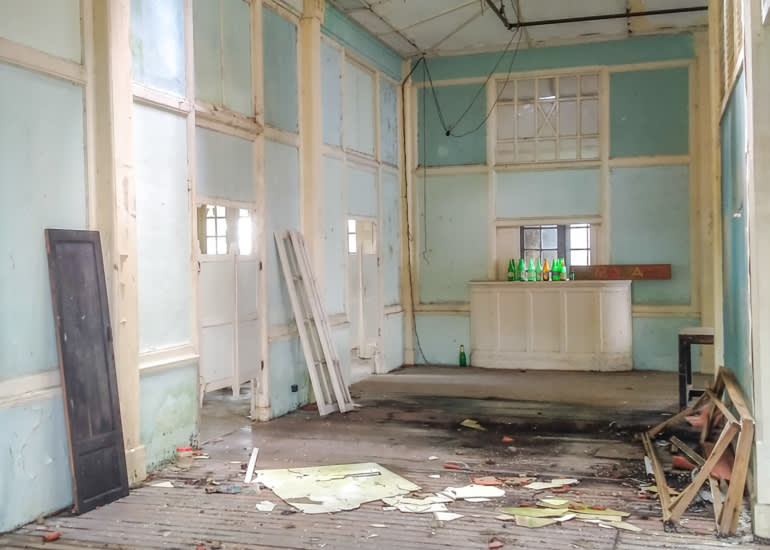 Top: Views of George Town, the Straits Sea and Bukit Mertajam from the Crag Hotel. Bottom: The current state of the hotel's interiors during a visit on in August 2020. (Photos by Marco Ferrarese)

Outside this area, however, conservation work is not always straightforward. "There are buildings currently under court cases, so no restoration work can be conducted. [Other] heritage buildings belong to large families, and mutual agreement for restoration is very difficult to get," said Ming. That said, at the beginning of April, the Citizen Awareness Chant Group revealed that at least five out of the 52 state-owned and private bungalows on Penang Hill had submitted applications to Penang Island City Council to be renovated and converted into homestays.

Restoration of the Crag Hotel has been under discussion since 2011. The building sits on  3.1 hectares managed by Chief Minister of Penang Inc., the state's investment arm. In November 2019, an article on the Malaysian property website EdgeProp stated that, together with some disused Penang Hill bungalows, the "haunted hotel" was to be transformed into a 28-room six-star hotel called the Aman Crag, to be run by the Singapore-based Aman Resorts Group. 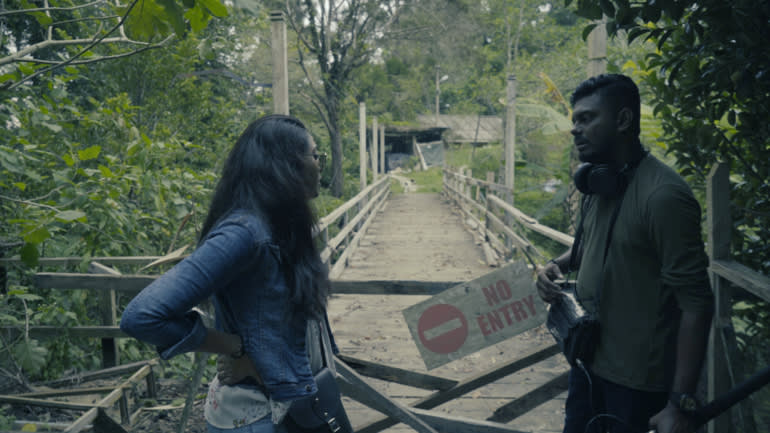 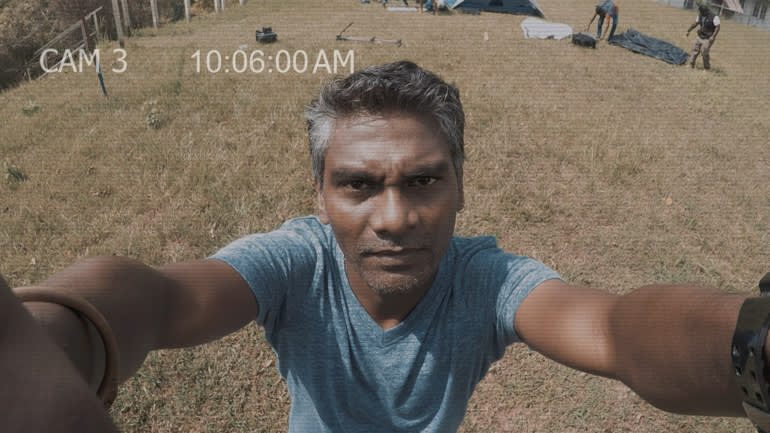 Aman said it has no projects planned in Penang. But Bharathi A/P Suppiah, deputy general manager of Chief Minister of Penang Inc., told Nikkei Asia that the redevelopment project "has been offered to a local company and will be carried out together with a world-class and renowned hotelier."

"The processes of restoration, refurbishment and redevelopment are now at the final stage of getting approval from various technical departments after many studies and land investigations, as [the project] involves development on the hill and environmental-sensitive areas," Bharathi said. "Redevelopment will kick-start after obtaining all green lights."

For the moment, given the uncertainty about environmental approval and COVID-19 restrictions on business activity, plans to reupholster the Crag remain as mysterious as the legends that surround it. "I don't believe in ghosts, and as such I didn't experience any 'supernatural encounters' while shooting," said Prem, "but one of the crew members is convinced he heard a baby crying while setting up lights in the bushes."

Truth or fantasy, "Irul: Ghost Hotel" was among Astro First's five most-streamed films during its first week, and will continue to spread the Crag's spooky fame across Malaysia. "I personally would rather have people believe that the place is haunted," said Prem, "than have vandals or addicts visiting the Crag [if restoration is delayed]."