Hong Kong's Sovereign reigns supreme over the art of charity

Asia's oldest prize for artists remains among its most distinguished HONG KONG -- Sri Lankan artist Pala Pothupitiye had never heard of the Sovereign Asian Art Prize when a friend nominated him in 2010; he was even more shocked when he received a phone call telling him he had won $30,000.

But Pothupitiye, who works with overlays on old maps to chart colonial history, took the money and bought land outside Colombo to establish the Mullegama Art Center, which focuses on implanting the value of art in children -- also a key objective of the Hong Kong-based Sovereign Art Foundation, which awards the prize.

As the value of the Asian art market explodes, the number of annual and biennial art prizes in the region has mushroomed. More than 20 are now on offer, sponsored by museums, colleges, banks and governments, and companies ranging from Hugo Boss, the German clothing retailer, to South African-based Nando's chicken restaurants.

While government involvement has made Singapore a regional leader, with at least five prizes, Indonesia and Malaysia are surprisingly close. The most lucrative is the newly established Sigg Prize -- administered by Hong Kong's M+ art museum as part of its acquisition of the Sigg Collection of contemporary Chinese works -- which is worth 500,000 Hong Kong dollars ($64,350). The award is biennial and restricted to entrants from "greater China."

Yet the annual Sovereign Asian Art Prize, established in 2003, remains the oldest, most distinguished and geographically broadest award, open to curated nominations from countries as far afield as Mongolia, Brunei and the republics of Central Asia. A detail of mixed-media work "Jaffna Map" by Pala Pothupitiye, who won the grand prize in 2010. (Courtesy of the Sovereign Art Foundation)

The Sovereign Art Foundation also bestows a secondary prize of $1,000, awarded after a public vote on the 30 finalists at its annual Hong Kong show, and female entrants can win the Vogue Hong Kong Women's Art Prize, which is worth $5,000 to the highest-scoring woman artist. "The Sovereign isn't about rewarding just one person, but many," says Debbie Han, a Korean American who won the main prize in 2009.

All the works are auctioned at an annual gala dinner in Hong Kong, with 50% of the proceeds going to the artists and 50% to the foundation. The dinner and exhibition are usually held in March, but have been postponed until May this year because of the coronavirus outbreak. 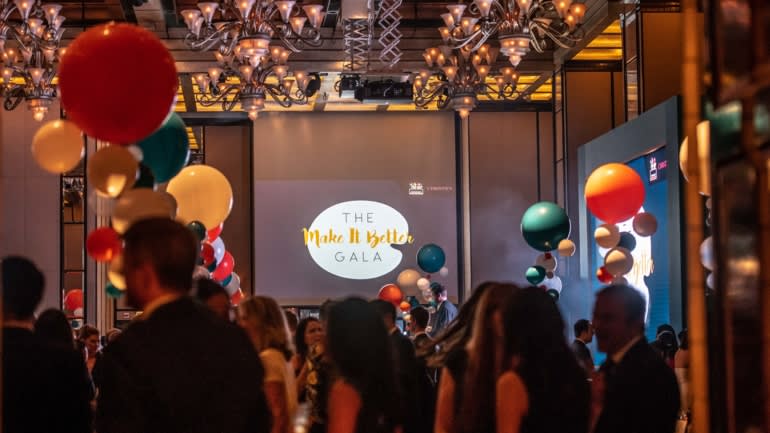 The works of the finalists of the Sovereign Asian Art Prize are auctioned off at an annual charity gala, with half of the proceeds going to the artists and half to the foundation. (Courtesy of the Sovereign Art Foundation)

"It's a win-win for all," says British-born corporate lawyer and art collector Howard Bilton, chairman and founder of the Sovereign Group, a privately owned consultancy specializing in providing offshore trusts and international tax advice.

"Many of our artists have gone on to bigger things, or [become] the next big thing -- like [the Chinese] conceptualist Yang Yongliang," says Bilton, who set up the foundation in 2003 to combine art with philanthropy. Tiffany Pinkstone, managing director of the foundation, also recalls a Pakistani artist whose work had been banned for combining Muslim headscarves with pornographic imagery, but "got $14,000 when we exhibited the work and went on to get hundreds of thousands of dollars later."

Among the winners must be counted the many underprivileged or educationally challenged children who receive help from the foundation. The first project the artworks supported was a center for abused children in Sihanoukville, Cambodia, a city which has become a magnet for pedophiles. The organization also contributes to art-based community projects in Nepal, Vietnam, Mongolia and Cambodia. But its efforts are now largely concentrated in Hong Kong. 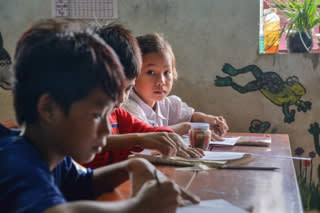 These children's drawing classes in Cambodia are funded by the Sovereign Art Foundation. (Courtesy of M'Lop Tapang)

"Charity begins at home and all that," says Bilton, who came to Hong Kong on a two-year assignment but has stayed 30 years. "Besides, we never thought there was such need. But even government statistics show 1 million living below the poverty line [in Hong Kong], including 170,000 children. And we've had remarkable results -- including taking away the stigma attached to 'art therapy.'"

According to Yana Ng, a therapist who oversees workshops attached to 33 Hong Kong schools and centers, "expressive art," as it is now termed, helps about 300 children a year who are autistic, dyslexic, or suffering from attention-deficit disorders or low self-esteem.

"Art teaches self-awareness of emotions, relationship to nature and relationships with others, a language of love and community," says Ng. "So long as the children are not judged, or art skills put over people skills, there's a lot we can do through art when they aren't good at talking." 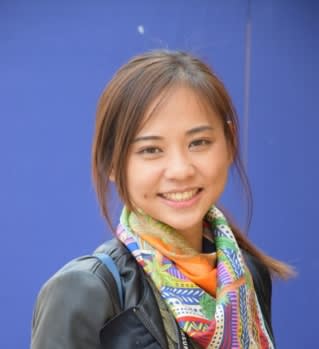 Despite a shortage of teachers, the programs have also won over parents who may have been keeping their family problems under wraps. The courses end with an exhibition of student works that can help to overcome the temptation to hide psychological problems.

Finalists for the prize are also encouraged to participate in such programs, or, as Bilton puts it, "try not to forget us." For example, Han, who won the 2009 prize for her photographs of nude sculptures combining Western and Eastern physical types, was invited two years later to encourage children at the Cambodian project.

"This was an amazing experience," Han says, expressing her shock at the condition of the children. "That was the best award I got," she added, clearly moved about her involvement in activities far removed from prestigious galleries and museums. An art workshop for children in Hong Kong. "Art teaches self-awareness of emotions, relationship to nature and relationships with others, a language of love and community," says workshop leader Ng. (Courtesy of the Sovereign Art Foundation)

Still, much joy has also been doled out to the winning artists over the years, contributing to a general upgrade in contemporary art in the region. While Bilton jokes that the submissions "keep getting weirder and weirder," longtime head judge and distinguished British curator David Elliott says that, "Over the past decade, the quality has gone up beyond imagining."

This is not shorthand for Asian artists learning to ape Western trends. "For the Sovereign, we really try to judge works within their own terms and contexts," says Elliott. They don't have to be abstract, representational or [meet any specific] criteria. "And we've seen a lot more women artists taking themselves seriously, and a lot more traditional artists invoking ancient spirits in the fight against mindless development."

While the foundation does not accept very large installations or conceptual works or videos, Elliott insists that the judges try to stay "as divorced as we can from the marketplace," even though fundraising from the auction of works is at the heart of the enterprise. "Settlement I" by Isabel and Alfredo Aquilizan was a finalist in 2018. (Courtesy of the Sovereign Art Foundation)

The prize received more than 150 nominations in its inaugural year, and twice that number the following year. It now gets about 600 a year from 80 nominators. But Bilton says he is most proud of numerous small prizes that are awarded to students in addition to the main awards -- a program now expanded beyond Asia to contestants in Malta, Guernsey and Mauritius -- and especially the annual award picked by exhibitiongoers.

"Most people in Hong Kong pop into shows for around 30 seconds, snap a photo and leave," says Bilton. He likes to point out that the selections of the elite judges and art-going masses are never the same.

"Once you put a voting slip in their hands, viewers don't just go for any canvas that uses their favorite color. They take the art very seriously."