How an Australian arts festival shined through COVID-19

The biggest attraction was being able to join a live audience For Australian opera singer Cathy-Di Zhang, who has spent most of the past year singing around the house while making loaves of sourdough, the chance to perform before a live audience at the Castlemaine State Festival was a huge emotional relief. (Photo courtesy of Castlemaine State Festival)
CAT WOODS, Contributing writerMay 16, 2021 08:00 JST | Australia
CopyCopied

CASTLEMAINE, Australia -- When Australian arts enthusiasts start thinking about which events they will attend over the coming 12 months, it's the big ones such as the Melbourne Arts Festival, Sydney Arts Festival, and the Adelaide Fringe Festival that usually get all the attention.

But in these COVID-ravaged times that have brought arts festivals around the world to a standstill, it was the former gold mining town of Castlemaine 120 km northwest of Melbourne that managed to successfully stage the first major arts Australian arts event of 2021: the Castlemaine State Festival.

With its country-meets-cafe lifestyle -- the old central wool mill has been transformed into a creative hub housing a bakery, cafes, a pub, and recycled-goods stalls -- as well as communal spaces for exhibitions and rehearsals, Castlemaine has long drawn artists and other creatives from around the country keen to perform in the country's oldest theater, the Royal.

"Highlights were too many to mention, but as every performer commented at some stage, the true highlight was being able to be part of an audience," festival director Glyn Roberts told Nikkei Asia.

"The major challenge when I first took over in 2017 was taking one of Australia's oldest multiarts festivals, with huge local subscription, and trying to reintroduce it back to Melbourne, Victoria, national and international audiences. It's ironic because this local subscription has seen us through times of COVID, while those festivals that purely rely on attracting global audiences with international acts have had to cancel and go to ground because their model is currently untenable."

Instead of packing crowds into the town's heritage buildings, churches, and halls over a short period of time, Roberts extended the festival to 17 days and created modular outdoor spaces in Castlemaine's town center and public buildings that made intimate performances with crowds of up to 70 people possible. 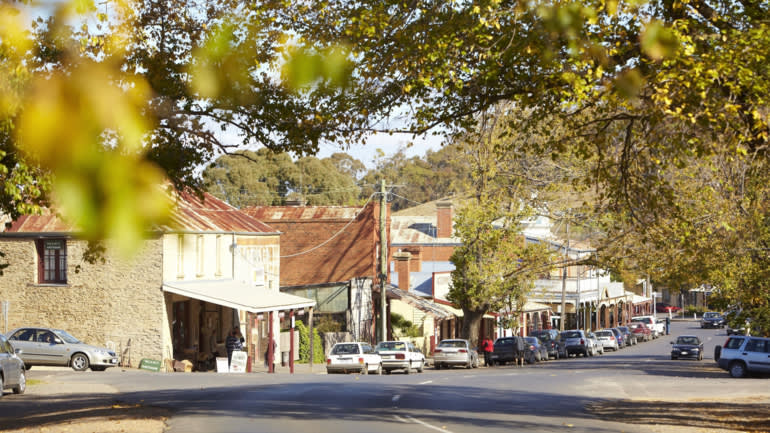 "Normally there would have been show after show, but the festival was seven days longer to allow us better response time in case of incidents, and to enable the amount of cleaning we had to do after every concert, and to manage people coming in and coming out," said Roberts.

One of the biggest attractions was seven-time Australian Recording Industry Award-winning songwriter and composer David Bridie, who performed most of his 2019 album "The Wisdom Line." The world's foremost producer of Melanesian music artists and founder of Wantok Musik, Bridie said after his plans to be in Papua New Guinea were put on hold, his performance at Castlemaine was the first he's done in 13 months.

"I really missed rehearsals and playing music with other people," said Bridie, who, like many Australian musicians and artists, believes the federal government has failed to deliver on promises to boost arts funding during the pandemic. "The arts generate so much money for the Australian economy, even more than sport. So many people I know -- lighting, sound, band managers -- were gutted for 12 months."

Last month the Bureau of Statistics reported that Australia's arts and recreation sectors would be the most brutally affected by government-imposed shutdowns, with just over half the sector already closed in April 2020. In 2018, the arts sector alone contributed AU$111.7 billion Australian dollars ($86.9 billion) to the economy, 6.4% of gross domestic product.

Last week, Australia's federal treasurer, Josh Frydenberg, finally acknowledged in his annual budget speech that the arts "continue to do it tough," and announced a modest AU$223 million in additional support to the sector for the 2021-22 financial year.

Will it be enough? Perhaps this will only be evident by the end of 2021. In the meantime, the Castlemaine State Festival provided both jobs and a much-needed economic boost by attracting visitors to local businesses. 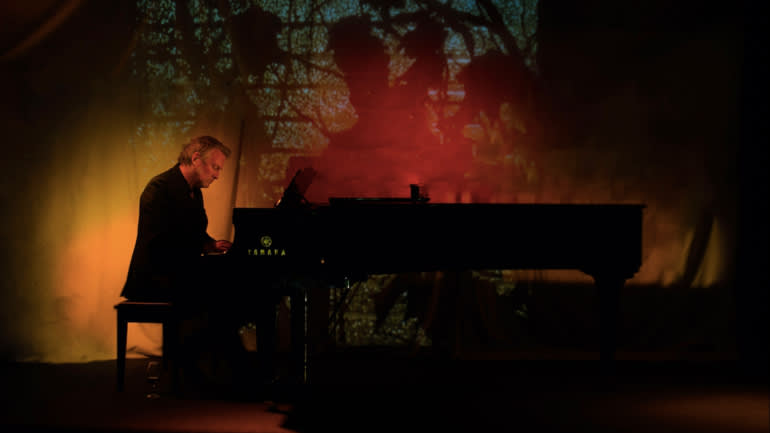 "It's hard to account for how many jobs were created, but we think directly, in terms of economic impact, it's aroundAU$4 to AU$5 million to local business [through total spending and jobs created], and then the ripple effect, of indirect economic benefit, AU$60 million, according to various policymakers' calculations. We bring great visitation and to local business," said Roberts.

For Australian opera singer Cathy-Di Zhang -- most of whose belongings remain in boxes in an apartment in Rotterdam -- who hasn't seen her husband in more than a year, the chance to perform before a live audience at the Castlemaine State Festival, instead of singing around the house while making loaves of sourdough, was not only a financial relief but an emotional relief as well. If only her international opera singer colleagues were so lucky.

"We just bought an apartment in Remini 10 days before COVID hit, and my husband luckily still has a job, but so many opera singers have had work canceled for the next couple of years. Since coming back to Australia, I've had a few things come up because Australia is doing better relative to other countries," said Zhang.

"Financially it's been awful because we all have force majeure in our contracts and they don't have to pay us," Zhang added. "These are standard contracts. There's always a clause for war or pandemics, which we never really thought about. Some opera houses have paid the contract even though we didn't perform. It's lost opportunities for future performances because things are often planned years in advance."

Since moving to Castlemaine from Brisbane, in the north of Australia, in 2017, festival director Roberts has been dedicated to providing sustainable means for locals in the Castlemaine region to make a living. Supporting local acts through private patronage and community events, he believes, is now the only way arts will survive economic and environmental disasters.

"The hustle [as an artist] is so extreme every day during normal times, so add the grief of home-schooling children and economic uncertainty, it all created a storm of psychological distress," said Roberts. "We've seen that locally and we've tried to provide avenues for artists to earn a living wage from working predominantly locally."