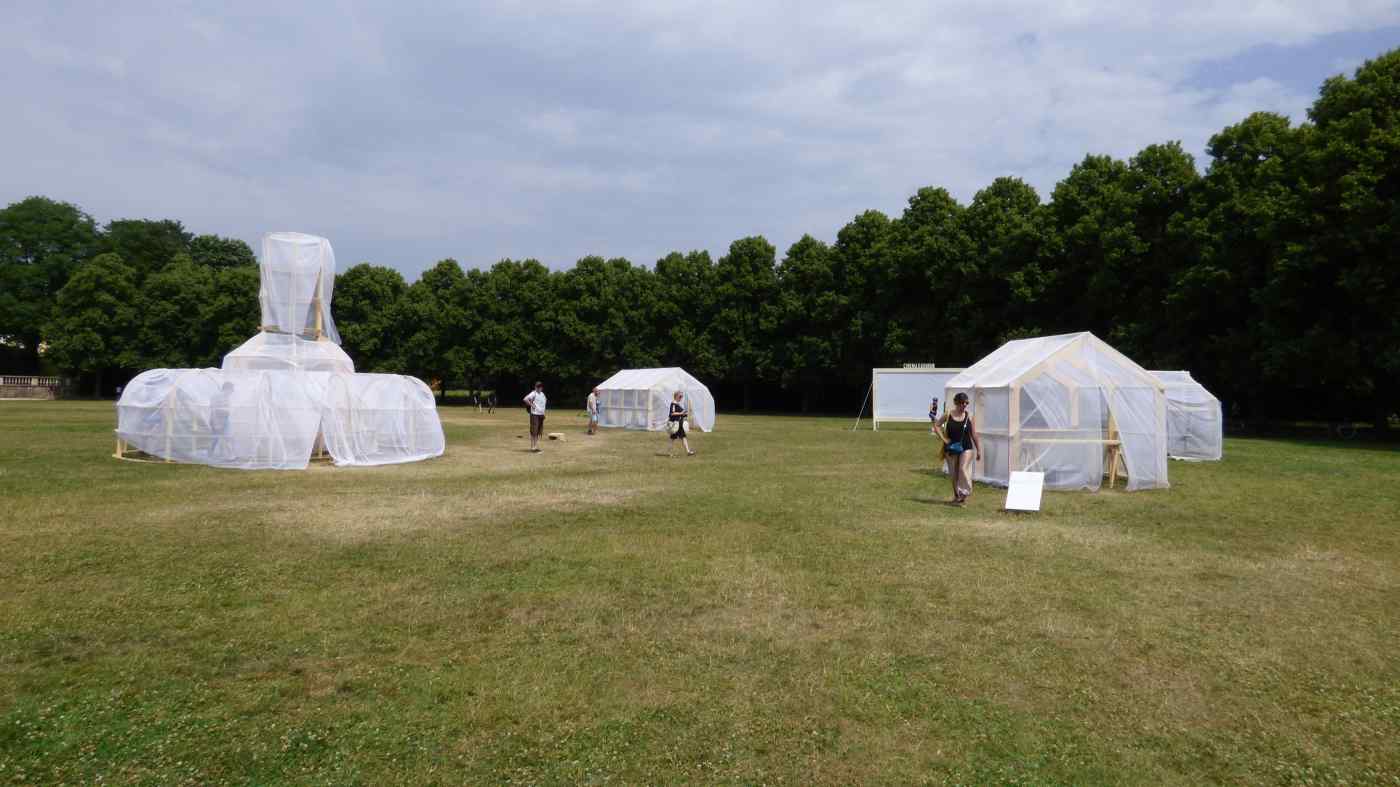 Works by Cinema Caravan and Takashi Kuribayashi are grouped around an open-air cinema with a bar and a functioning herbal steam sauna in the shape of the quake-hit nuclear reactor in Fukushima, Japan. (Photo by Nathalie Johnston)
NATHALIE JOHNSTON, Contributing writerJuly 20, 2022 08:00 JST | Indonesia
CopyCopied

KASSEL, Germany -- Documenta, founded in 1955 in Germany as an art festival celebrating 20th-century Western art, has transformed in recent decades into an influential, five-yearly international art event. This year the 15th edition of the festival is breaking new ground by embracing artistic direction from Asia for the first time.

Ruangrupa, an Indonesia-based collective of artists, creative professionals, activists and friends founded in 2000, is the first group to be appointed artistic director of the Kassel-based event, and only the second from outside Europe, following the Nigerian curator Okui Enwezor (1963-19) in 2002.