TOKYO -- Ryusuke Hamaguchi's "Drive My Car" has emerged as a leading contender in the Oscars race, with a key bellwether award going to the quiet Japanese film about a theater director grieving his wife and a female chauffeur driving his cherished Saab.

The drama, adapted from a short story by Haruki Murakami, won the Golden Globe for best non-English-language picture on Sunday, beating works by such acclaimed directors as Paolo Sorrentino, Asghar Farhadi and Pedro Almodovar.

This marked the first time a Japanese film won the award since Kon Ichikawa's "Odd Obsession" achieved the feat 62 years ago.

"Drive My Car" is also the first Japanese movie to win best picture from the U.S.-based National Society of Film Critics since Akira Kurosawa's "Ran" in 1986. Hamaguchi became the first Japanese winner of the best-director and best-screenplay awards, while star Hidetoshi Nishijima took home the first best-actor award for Japan.

The movie's path along the awards circuit -- which began with a best-screenplay award at the Cannes Film Festival -- resembles that taken by "Parasite" two years earlier.

The South Korean satire directed by Bong Joon-ho won the Palme d'Or at Cannes, best film and best screenplay from the National Society of Film Critics, and best foreign-language motion picture at the Golden Globes. It ended up garnering four Academy Awards, including for best motion picture and best original screenplay.

Much like "Parasite," "Drive My Car" is drawing attention for its success not only in non-English-language categories, but also in areas like directing and screenplay, where it competes directly with American films. The four awards from the National Society of Film Critics underscore critics' enthusiasm for the Japanese movie. 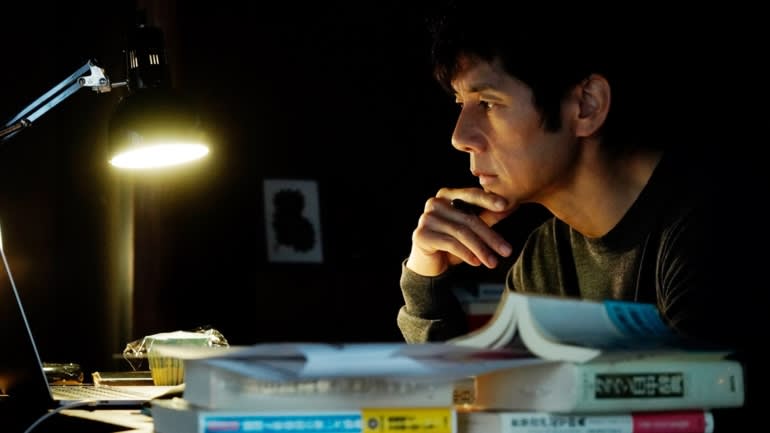 Japanese actor Hidetoshi Nishijima plays the main character in "Drive My Car," based on a short story by Haruki Murakami. (Photo courtesy of Drive My Car Production Committee)

"Drive My Car," which shows theater actors performing Anton Chekhov's "Uncle Vanya" in different languages, could widen the trail blazed by "Parasite." Both films feature unique styles and novel forms of cinematic language while addressing universal themes for global audiences, including discrimination, division, cultural clashes, and the possibility of communication.

The Japanese film's North American release in November was initially limited to two theaters, followed by a gradual rollout to other venues. While it has been feted by critics and journalists as an ambitious, artistic work, whether it will find broader popular appeal remains to be seen.

It did earn a spot at the top of former U.S. president and noted cinephile Barack Obama's annual list of favorite films in December.

This year's Academy Award nominations will be announced Feb. 8. The awards ceremony is scheduled for March 27.