PENANG, Malaysia -- A man dressed in heavy robes moves slowly across a platform while the sound of drums intensifies in a dramatic crescendo. His steps are as light as they are powerfully choreographed, every expert movement contributing to heighten the tension in the room. 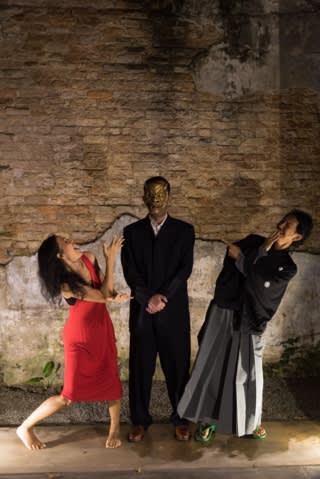 Most haunting of all is a mask slung over the man's face: a golden, horned and other-worldly visage set between the performer and the crowd around him. A forbidding barrier with a demonic grin. This is Noh drama, one of Japan's oldest and most traditional forms of theater, which dates to the 14th century. It is an art so exclusive that its secretive tradition risks causing its decline.