Perenially popular show "Sazae-san," which has been on the air since 1969, has been put on hiatus for the first time since 1975 because of the impact of the coronavirus outbreak on production.   © Kyodo
ROLAND KELTS, Contributing writerMay 20, 2020 08:00 JST | Japan
CopyCopied

But since the government declared a national state of emergency for Tokyo and other cities on April 16 in response to the novel coronavirus outbreak, urging citizens to work from home, those adversities have anime producers scrambling for new business models.

Dozens of productions have been suspended indefinitely, including hit series like "Pokemon" and "One Piece"; theatrical releases in the popular "Doraemon" and "Detective Conan" franchises; and even "Sazae-san," the domestic drama that holds the Guinness World Record for the longest running animated TV series. The death of "Pokemon" and Studio Ghibli actress Kumiko Okae last month from pneumonia caused by COVID-19 shocked the voice-acting community.

Animation studios in Japan are not like their mammoth corporate counterparts in the U.S. -- Disney, Pixar and DreamWorks. Most are chronically understaffed and overworked, qualifying at best as small and midsize businesses. Many are also independently operated, and rely upon collaborations with other studios at home and abroad.

Veteran anime business analyst and critic Tadashi Sudo, founder of industry trade site Anime!Anime!, cites four challenges facing Japanese studios today: the disruption of supply lines with the rest of Asia; the cancellation of live events and closure of cinemas; delays in overall domestic production due to "teleworking" (working from home); and the cancellation of voice-dubbing sessions. Of these, he says, the last is the most damaging. 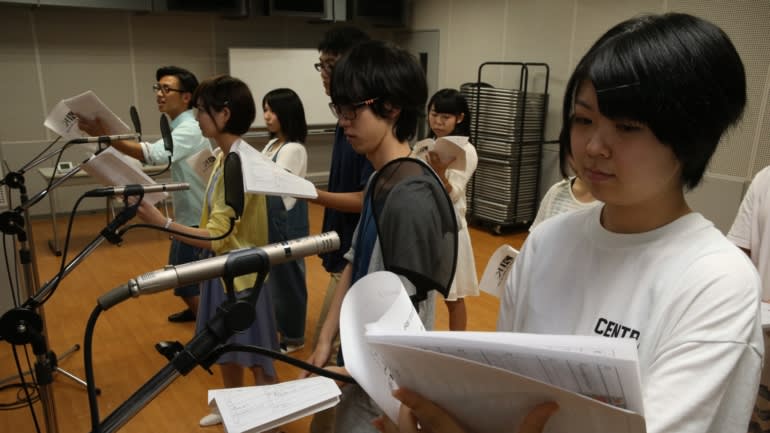 A voice-acting school in Tokyo in precoronavirus times: The outbreak has forced anime production companies to cancel voice-dubbing sessions. (Photo by Yuichiro Takagi)

"Dubbing is the biggest problem. Many anime voice actors gather together as a full cast in a highly congested space. They speak loudly to each other, filling the air. Some of those actors are elderly. We can try to change the system, but it will take a long time."

Having actors appear one at a time to record their lines is standard procedure for many video game companies, Hollywood studios and the larger overseas animation producers, but the process of booking solo recordings is costly. As Tokyo-based anime and manga translator Dan Kanemitsu says, it also produces different aesthetic results.

"The spontaneous interaction between the performers is lost when you have people come in one by one," he says, contrasting it with video games, where flowing dialogue between multiple characters, common in anime, is rare.

"Anime voice actors also make a lot of money with their live performances," he says. "With this revenue stream drying up, the situation is very difficult." So difficult, in fact, that one voice actor, Megumi Ogata of "Evangelion" and "Yu-Gi-Oh" fame, tweeted a plea for understanding from impatient anime fans frustrated by delays: "It's amazing that anything is on the air," she wrote. "While the cuts are painful, we're working as hard as we can."

Japan's anime industry has been reluctant to embrace global standards in digital, computer-generated 3D imagery, adhering instead to a 2D model of visual art, much of it hand-drawn by employees crammed into tiny open-air cubicles, surviving on instant noodles and sometimes sleeping under their desks. The environment is as antiquated as company policy: working from home does not compute. 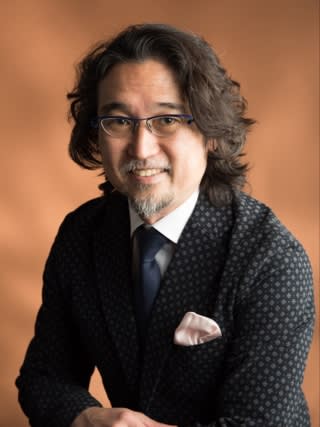 Shuzo Shiota, president and CEO of Polygon Pictures, the world's oldest computer-generated anime studio, was the first industry executive to ink deals with Netflix seven years ago. Shiota now says that his staff is operating at 70%-80% capacity, but not without strain.

"Being digital natives gives us advantages working remotely," he says. "The advances in data compression allow us to do things that were inconceivable just a few years ago. But this has been a premature jump. I am sure the 2D anime industries will look into adopting digital technologies and workflow faster now."

There are glimmers of hope. Jeff Wexler, who runs Kiyuki Inc., a Japan-based consultancy supporting several anime studios, including Ponoc, Ghibli and Mano Animation Studios, helped broker a deal last year to make all of Ghibli's films available worldwide via streaming services. The timing for making some of the finest anime accessible globally was fortuitous, he now says.

The industry has survived national crises before, most notably during Japan's triple disasters of March 11 2011. But that disruption, according to Joseph Chou, founder of Sola Digital Arts, the computer-generated anime studio behind Netflix reboots of "Ultraman" and "Ghost in the Shell," lasted only a month, and studios still needed two to three months to resume production schedules. The production office at Polygon Pictures was vacated because of the virus. CEO Shuzo Shiota says they are now operating at 70%-80% capacity. (Courtesy of Polygon Pictures)

Current predictions that the coronavirus will be with us through this summer and return with a vengeance next autumn make Chou worry about the industry's long-term capacity to survive.

With the coronavirus, the anime industry's train may be stalled for a lot longer.

Roland Kelts is the author of "Japanamerica: How Japanese Pop Culture Has Invaded the U.S." and a visiting lecturer at Waseda University.