Recalling an encounter with the UK-based Nobel laureate 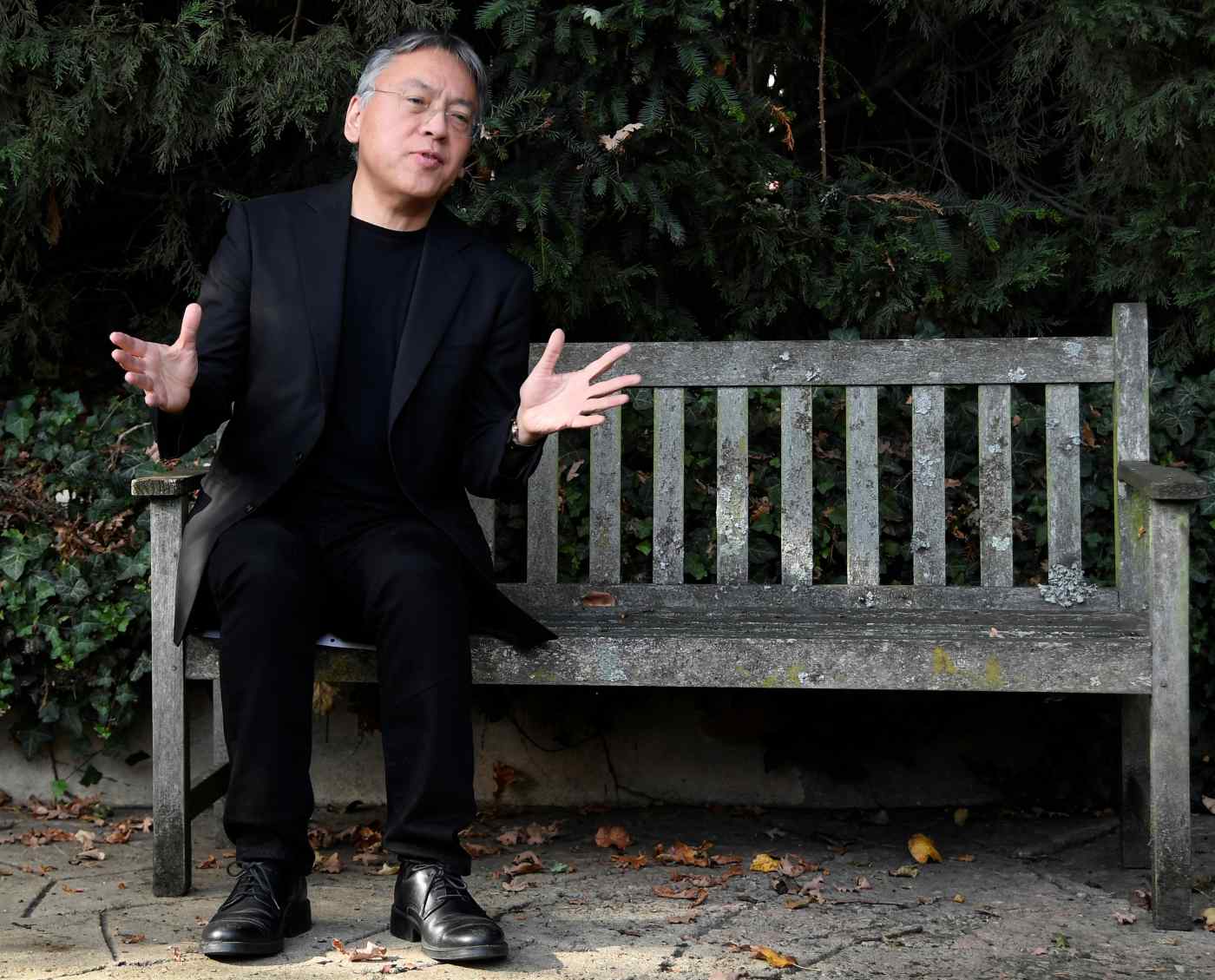 Kazuo Ishiguro speaks to the media outside his home, following the announcement that he has won the Nobel Prize in literature, in London, on Oct. 5.   © Reuters
YASU OTA, Nikkei Asian Review columnistOctober 6, 2017 01:30 JST | Japan
CopyCopied

I remember Kazuo Ishiguro's polite voice when he called me at my hotel in London around midnight. In his gentle, low voice, he said: "Good evening, this is Kazuo Ishiguro. I am sorry to call you late at night, but I heard you were looking for me." It was in the year 2000, right after Ishiguro was shortlisted for the Man Booker Prize, a prestigious British literature award, with his novel "When We Were Orphans."

I immediately noticed Ishiguro spoke English with a slight Japanese accent -- perhaps not even an accent, but rather the kind of familiar sounds of English spoken by a Japanese person.

Thinking back now, this could have been my own misperception, and he may have merely intended to speak clearly to me, a non-native speaker of English. But I certainly felt there was a Japanese air in his voice.

The next day, Ishiguro shared his thoughts on literature, art, and an inheritance of British culture and tradition in an interview with The Nikkei. At the time, the Japan-born writer, who writes in English, was the subject of much public appreciation and also very high expectations. Asked about his personal feelings, he laughed and commented: "It doesn't bother me. It doesn't matter where I am originally from. But I am a writer of English and am simply doing what I want to do ... that is, to evoke phonetically beautiful English words."

Ishiguro added: "Maybe, I have more freedoms than other British authors from the social structure" of the U.K. He pointed out that there was a strand of conservatism in the publishing industry in the U.K., but emphasized that those traditions were gradually dissolving. In the interview he proudly shared the fact that he had been working with an editor who spoke working-class English, not the Queen's English.

He said: "I don't want to keep doing the same thing. I always want to try new ways of expression. If the traditional style of English writing is the best way to express the theme I have deep in my heart, I will use the method. But if I find other, better ways, I would use whatever style to create the best result." With a shy smile, he muttered: "I'm free." Indeed, later, in the year 2005, he even wrote a science fiction novel, "Never Let Me Go."

I jokingly tested Ishiguro's Japanese-language skills by asking how good his Japanese was. But he barely said "arigato gojamasu," which is very broken Japanese meaning "thank you." As a writer, Ishiguro is certainly free from the boundaries of nations and languages.

Yasu Ota is a Nikkei Asian Review columnist based in Singapore.