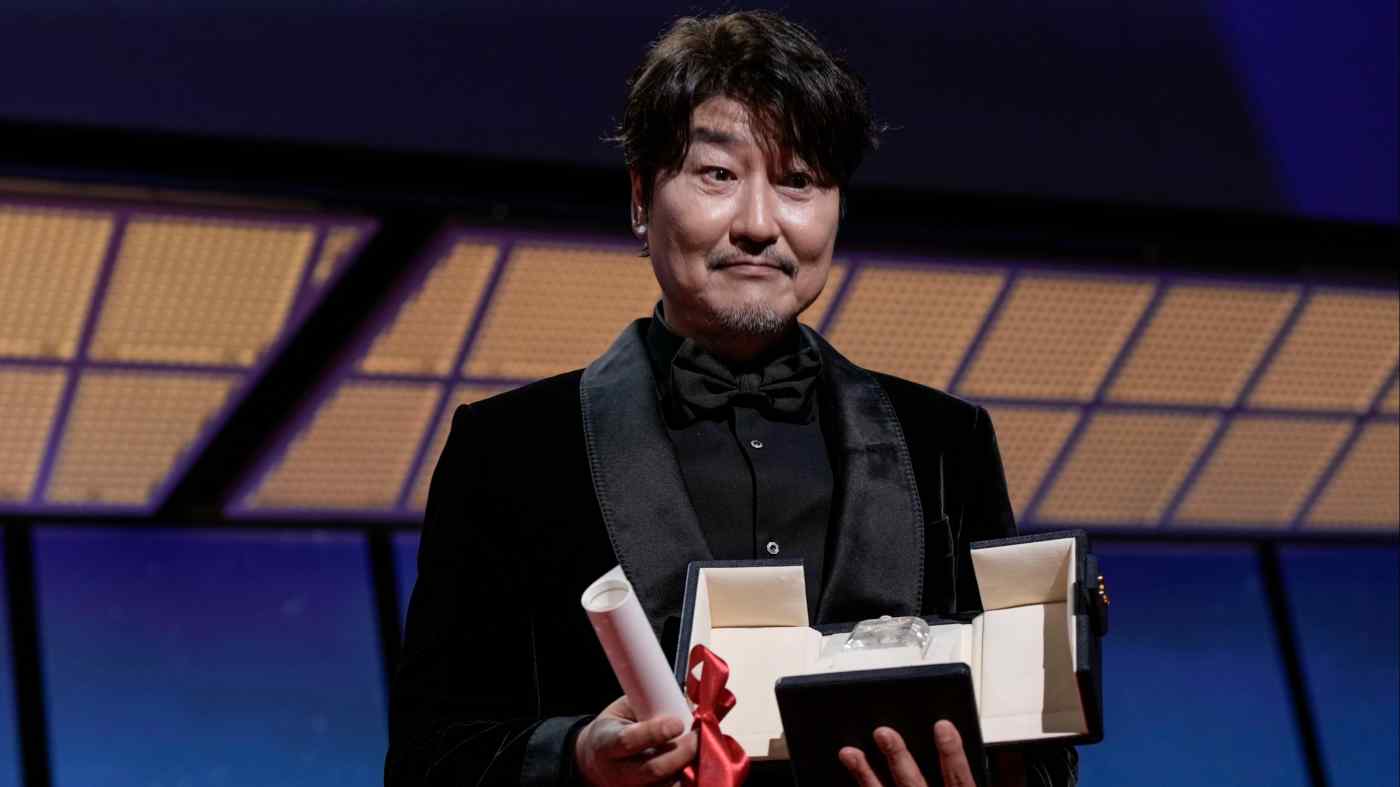 Song Kang-ho accepts the award for best actor for "Broker" during the awards ceremony of the 75th international film festival, Cannes, southern France on May 28.   © AP
May 29, 2022 10:41 JST | South Korea
CopyCopied

Ostlund, whose art-world send-up "The Square" took the Palme in 2017, pulled off the rare feat of winning Cannes' top award for back-to-back films. "Triangle of Sadness," featuring Woody Harrelson as a Marxist yacht captain and a climactic scene with rampant vomiting, pushes the satire even further.

The awards were selected by a nine-member jury headed by French actor Vincent Lindon and presented Saturday in a closing ceremony inside Cannes' Grand Lumiere Theater.

The jury's second prize, the Grand Prix, was shared between the Belgian director Lukas Dhont's tender boyhood drama "Close," about two 13-year-old boys whose bond is tragically separated after their intimacy is mocked by schoolmates; and French filmmaking legend Claire Denis' "Stars at Noon," a Denis Johnson adaptation starring Margaret Qualley as a journalist in Nicaragua.

The directing prize went to South Korean filmmaker Park Chan-wook ("Oldboy," "The Handmaiden") for his twisty noir "Decision to Leave," a romance fused with a police procedural.

Korean star Song Kang-ho was named best actor for his performance in Japanese director Hirokazu Koreeda's film "Broker," about a Korean family seeking a home for an abandoned baby.

"I'd like to thank all those who appreciate Korean cinema," said Song, who also starred in Bong Joon-ho's Palme d'Or winning film "Parasite" in Cannes three years ago. 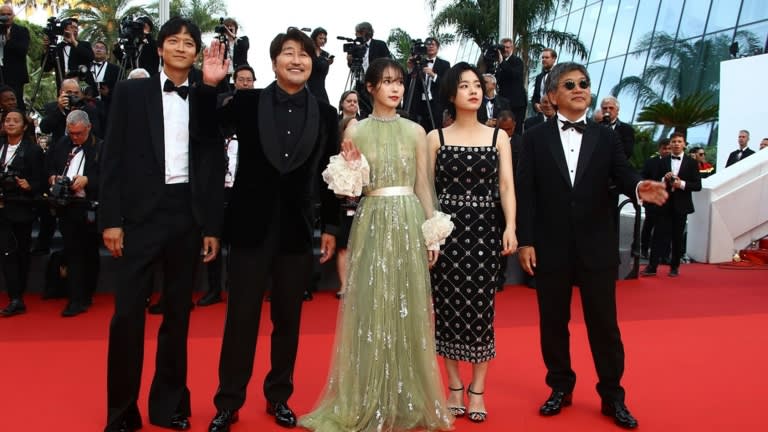 Best actress went to Zar Amir Ebrahimi for her performance as a journalist in Ali Abbasi's "Holy Spider," a true-crime thriller about a serial killer targeting sex workers in the Iranian religious city of Mashhad. Violent and graphic, "Holy Spider" wasn't permitted to shoot in Iran and instead was made in Jordan. Accepting the award, Ebrahimi said the film depicts "everything that's impossible to show in Iran."

The jury prize was split between the friendship tale "The Eight Mountains," by Charlotte Vandermeersch and Felix Van Groeningen, and Polish director Jerzy Skolimowski's "EO," about a donkey's journey across a pitiless modern Europe.

"I would like to thank my donkeys," said Skolimowski, who proceeded to thank all six donkeys used in the film by name.

The jury also awarded a special award for the 75th Cannes to Belgian directors Jean-Pierre and Luc Dardenne, two-time Palme-winners and long a regular presence at the festival, for their immigrant drama "Tori and Lokita." Swedish-Egyptian filmmaker Tarik Saleh took best screenplay at Cannes for "Boy From Heaven," a thriller set in Cairo's Al-Azhar Mosque.

The award for best first film, the Camera d'Or, went to Riley Keough and Gina Gammell for "War Pony," a drama about the Pine Ridge Reservation made in collaboration with Oglala Lakota and Sicangu Lakota citizens.

Saturday's closing ceremony brought to a close a Cannes that attempted to fully resuscitate the annual France extravaganza that was canceled in 2020 by the pandemic and saw modest crowds last year. This year's festival also unspooled against the backdrop of the war in Ukraine, which sparked red-carpet protests and a dialogue about the purpose of cinema in wartime.

Last year, the French body horror thriller "Titane" took the top prize at Cannes, making director Julia Decournau only the second female filmmaker ever to win the Palme. In 2019, Bong Joon Ho's "Parasite" triumphed in Cannes before doing the same at the Academy Awards.

This year, the biggest Hollywood films at Cannes - "Elvis,""Top Gun: Maverick,""Three Thousand Years of Longing" - played outside Cannes' competition lineup of 21 films. But their presence helped restore some of Cannes' glamour after the pandemic scaled down the festival for the last two years.