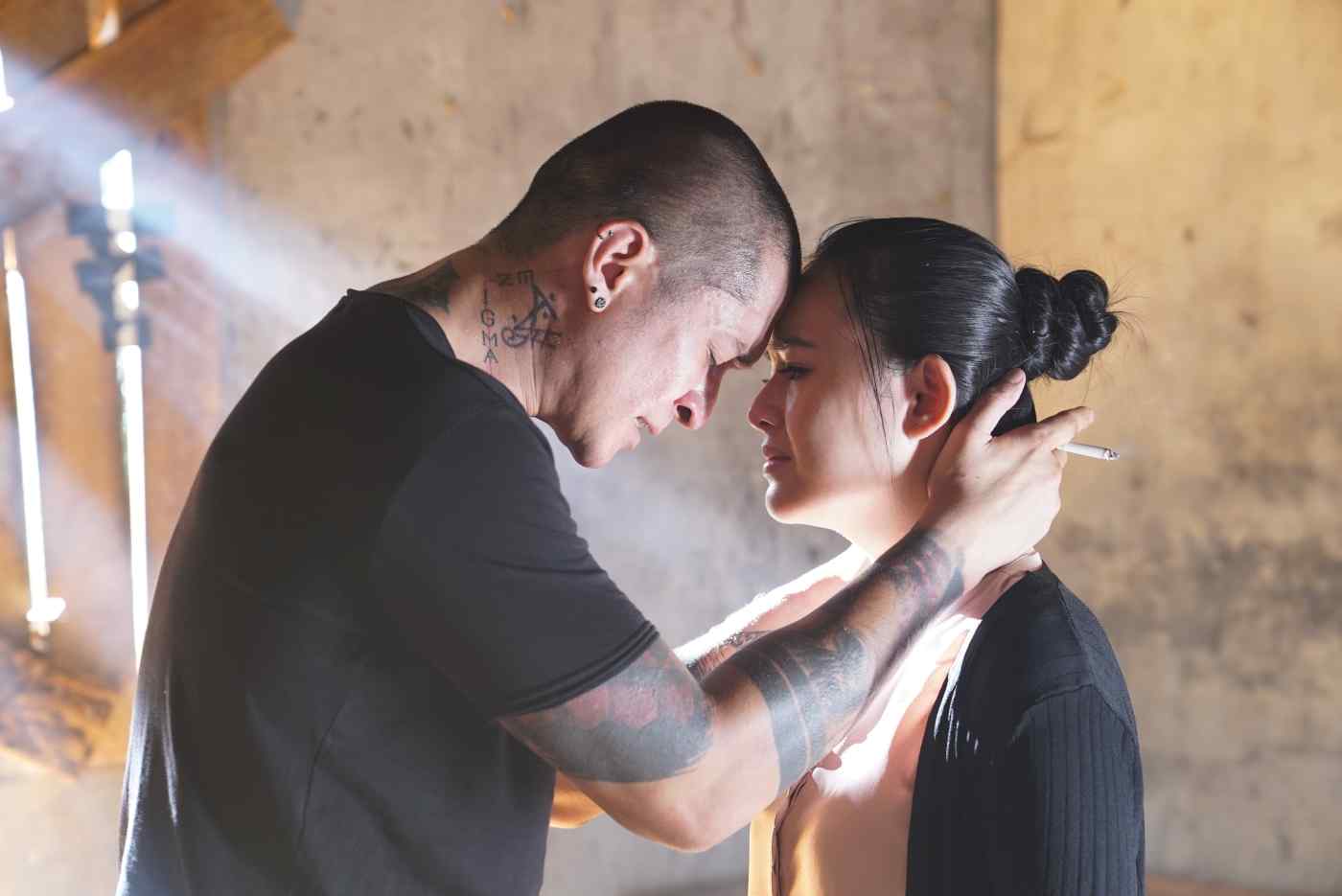 Actors Miller Khan, left, from Malaysia, and Amanda Manopo, from Indonesia, appear in a scene from the second season of the TV series "The Bridge." (Courtesy of Double Vision)
MARCO FERRARESE, Contributing writerFebruary 3, 2021 08:00 JST | Malaysia
CopyCopied

KUALA LUMPUR -- Battered and bloodied, the body of an Indonesian businessman is found inside a yacht. He is bent on his knees facing the couch where his wife and two baby daughters are slumped in a macabre file of dead spectators. Like a stake, a dagger goes through the back of the man's neck, emerging from his lips.

The murder is not just gruesome, but complicated: The Indonesian family was holidaying in a Singapore-registered yacht, and killed in Malaysian waters.

This international riddle kicks off the second season of the Malaysian TV show "The Bridge" with a bang, hooking spectators to their chairs, and giving the officers of the fictional International Crimes Division a tough nut to crack.

Produced in 2018 by Hong Kong's video streaming provider Viu and Singapore's HBO Asia, the first season -- the first Asian adaptation of the Scandinavian original -- started on the Tuas Bridge, which links Malaysia and Singapore across the Johore Strait, and largely followed the twists and turns of the original storyline. 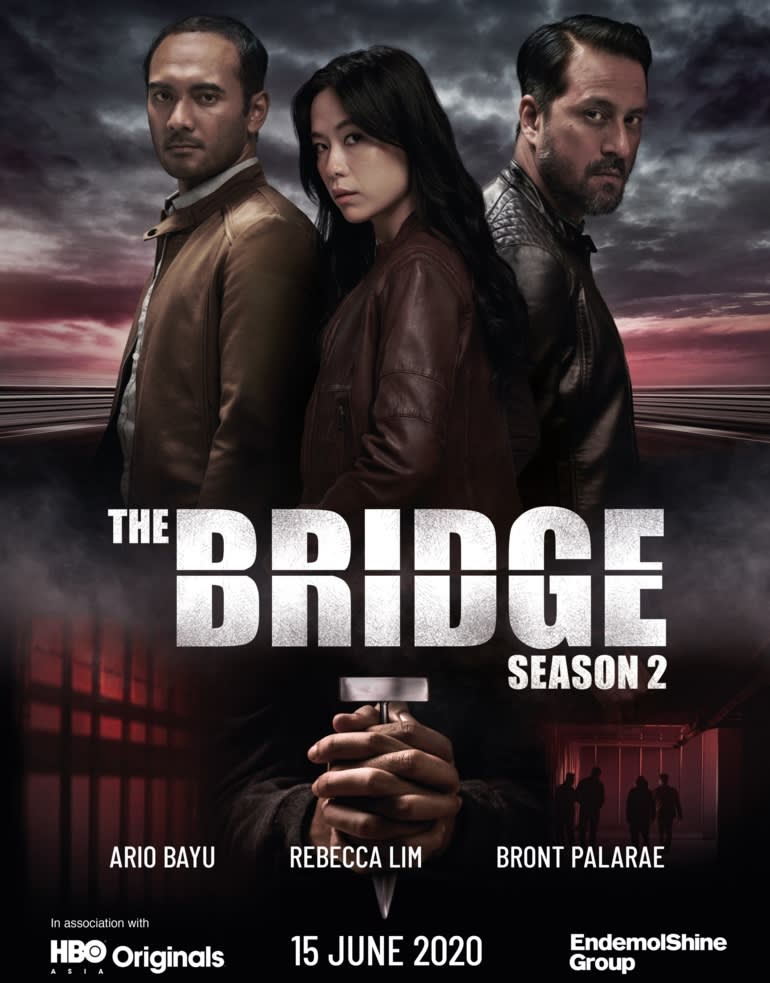 A poster for season two of "The Bridge." (Courtesy of Double Vision)

"Making it was crazy, not only because we were racing against time, but also because one of the lead actors, Bront Palarae, tore his right calf muscle midway through the shooting," Choong Chi-Ren, the Asian series' head writer, told Nikkei Asia. "We started writing in May with a mid-November broadcast deadline -- luckily, we had the original series template to follow and managed to get it done on time."

Despite the time constraints, the first Asian season of "The Bridge" did well across a variety of streaming platforms. "We were the most watched non-Korean show on the Viu service," said Min Lim, head of production at Double Vision, the Kuala Lumpur-based film production company behind the TV show.

Hard on the heels of that success, and with more time to write and shoot, "The Bridge Season 2" premiered on both HBO Asia and Viu in June 2020. A new original storyline and multiterritory streaming make it stand out among other Southeast Asian competitors. 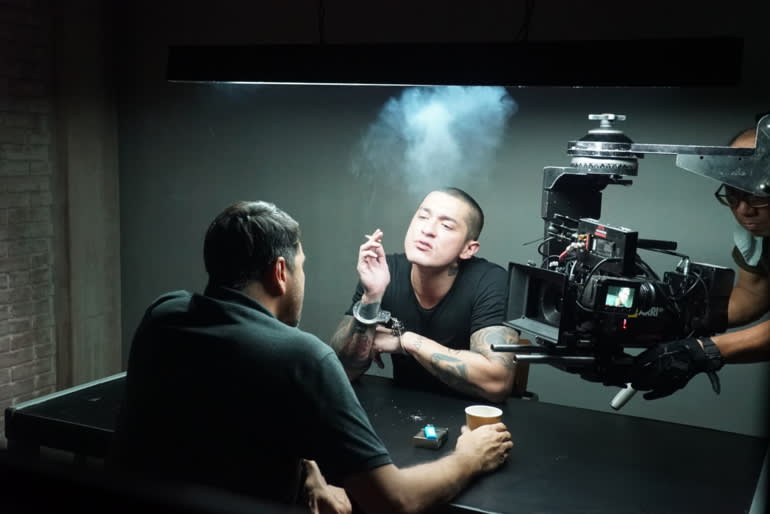 In little more than six months, "The Bridge Season 2" has snared an impressive 23 award nominations and wins, including eight national wins at the Asian Academy Creative Awards and 11 at the prestigious Asian Television Awards held on Jan. 15.

The latest Asian season also marks the first time that any of the "Bron/Broen" foreign adaptations have introduced a third country into the story. "Adding Indonesia was frankly a marketing decision because Viu has a strong audience there, but I also didn't want to repeat the first season, which is about the hunt for a serial killer," said Choong. This time the investigation is made harder by power struggles within the multiethnic gangster underworld in the Strait of Malacca, a maritime frontier shared by Malaysia, Singapore and Indonesia.

Bront and Singaporean actress Rebecca Lim, the stars of series one, retain their leading roles in the second season, although their life trajectories have changed. "I play Megat Jamil, a former ICD officer. Following the tragic death of his daughter in the first season, Megat's life has spiraled downwards, pulling him into the underworld," said Bront, who also starred in popular Malaysian and Indonesian films such as "The Journey" (2014), "Ola Bola" (2016), and "Pengabdi Setan" (2017).

Lim plays Serena Teo, a highly intelligent but socially awkward Singaporean ICD officer who tells it like it is, not really understanding her impact on other people. "In season two she is trying to deal with the traumatic events of the previous episodes, while struggling to learn to become a more balanced and empathetic person," said Lim. Actress Rebecca Lim plays Serena Teo, a highly intelligent but socially awkward Singaporean officer in the International Crimes Division who is trying to deal with the traumatic events of the previous season. (Courtesy of Double Vision)

The addition of Indonesian actor Ario Bayu as the morally righteous Jakarta ICD Lieutenant Heriyanto Salim adds a missing cultural layer to the mix. It is a clever choice that gives the trusted Nordic model an intriguing spin, and completes a tenaciously authentic cinematic depiction of maritime Southeast Asia, making the show more regional than ever.

"The Bridge Season 2" is also the first Southeast Asian TV show to use dialogue in natural language, maintaining the unique mixture of English, Malay, Indonesian and Chinese languages that characterizes real-life exchanges in this multiethnic part of Asia.

"We wanted people to speak in a way they felt comfortable with," said Choong. "We would write the scenes in English, and then seek the help of the native speaking actors to adjust the translations to what felt more like natural language to them." 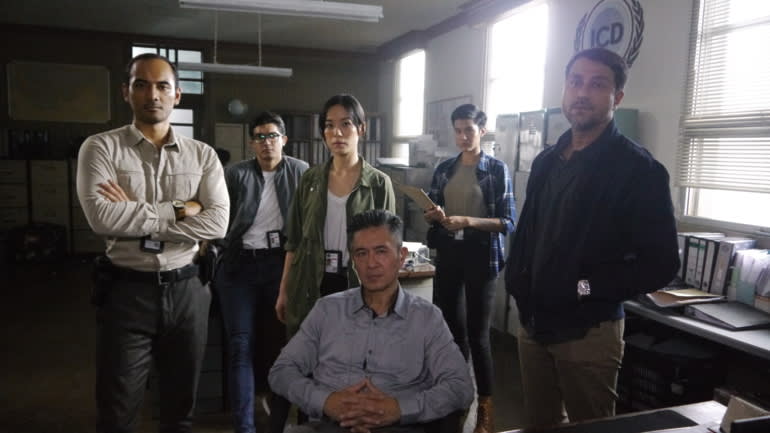 The characters either switch between languages or maintain their own mother tongue, bringing cinematic realism to the unique multilingual nature of communication in this ethnically complex region. The technique results in lively scenes with a naturalistic feel, which are subtitled in English for unilingual and international viewers.

"It felt natural to me and I deeply appreciated the authenticity of it," said Lim. "We all come from different countries and were brought up in different cultures, so naturally we would speak differently. But it just goes to show that as much as we think we are different, we are all more interconnected than we think we are."

The producers' pioneering commitment to depict the most authentic face of maritime Southeast Asia is a step forward in the international development of the region's TV and cinema -- but this is not its only merit. Unlike most other Southeast Asian shows, which hardly manage to reach beyond the national markets they are made for, the second season was broadcast in more than 20 territories outside the region, including China and South Africa. 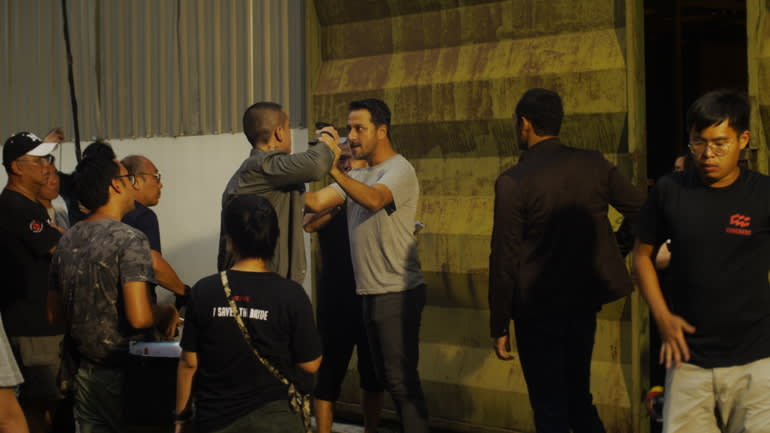 "Being part of Joko Anwar's 'Pengabdi Setan,' [Indonesia's highest-grossing horror film] which screened in over 42 countries, I have great belief and confidence in the potential of regional cinema and television," said Bront. "It's just about getting the opportunities to show what we can do."

Ario is equally forward-looking and optimistic about the future of the local film industry. "I guess it comes back down to a few things: budget, story, market and ambition," he said.

Thanks to the popularity of South Korean cinema and dramas, online streaming platforms such as Viu have started to take Southeast Asian productions more seriously. In turn, these films and series can cross borders, reach bigger audiences and other markets, and help Southeast Asian production houses to materialize their ideas into successful shows.

"If we keep focusing on the basics of creating great stories and content," said Ario, "then we have a winning formula to appeal to a global audience, no matter what language we're producing in."