Despite threat of decades in jail, artist Zunar says mission is to expose wrongs 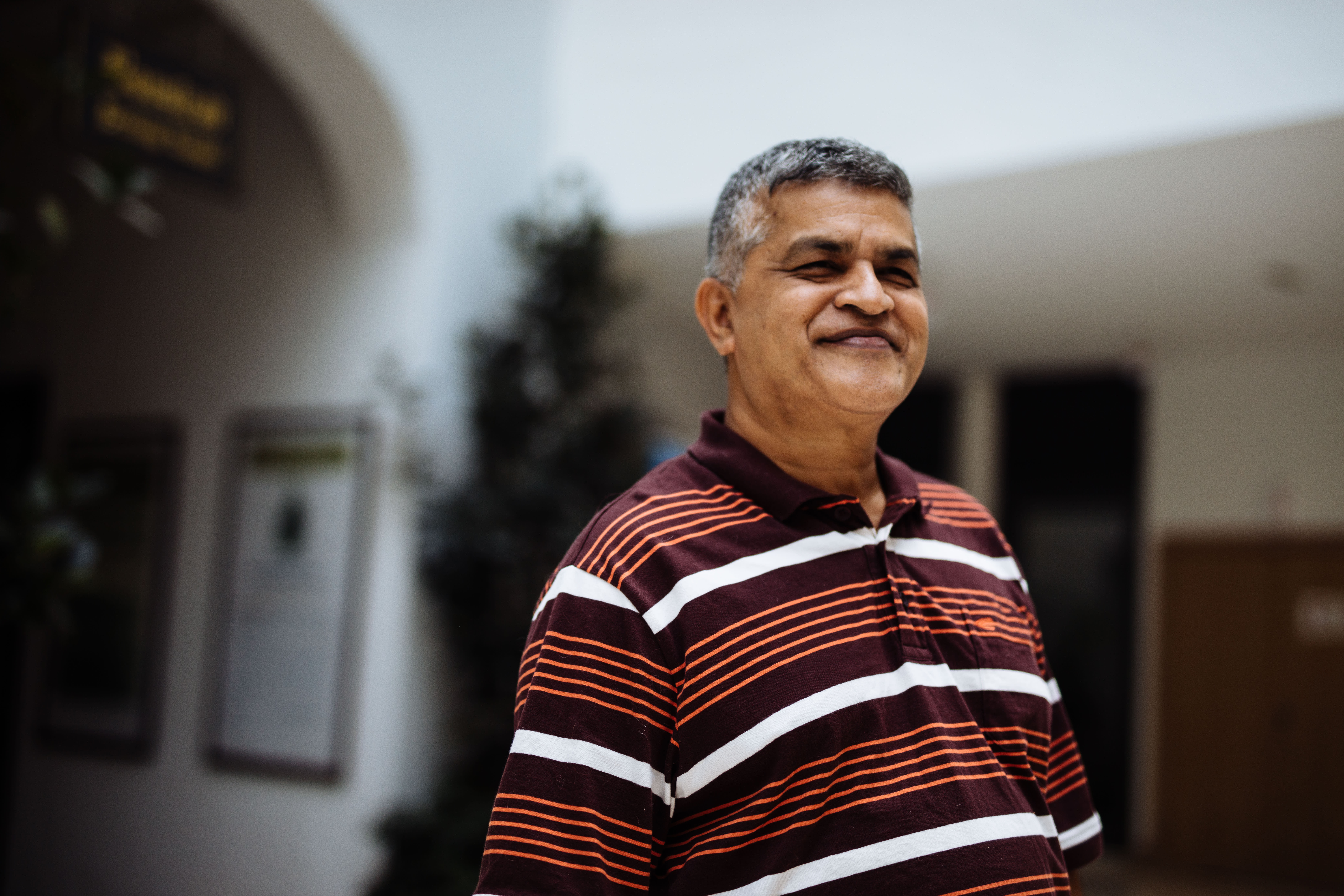 GEORGE TOWN, Malaysia -- Walking through the lobby of the hotel he is staying in in the Malaysian island state of Penang, Zunar took in the high ceilings and polished tiles and said wryly: "It's much better than where I stayed last time."

This time last year the satirical cartoonist, who rarely uses his given name of Zulkifli Anwar Ulhaque, was due to open an exhibition of his work at Penang's George Town Literary Festival when the police swooped in and arrested him on sedition charges. He spent the three days of the event in a cell.

A perennial irritant for Malaysia's Prime Minister Najib Razak, Zunar has become emblematic of the government's attempts to limit free speech and political opposition. He currently faces nine sedition charges that could amount to more than 40 years of jail time. Five of his books have been banned, but they are still being printed -- at night, with the name of the printer blacked out by a label that says: "scratch to win." They are widely circulated online, often being shared many thousands of times on social media.

The attacks on him have given him a renewed determination to "fight through cartoons," he said in an interview at this year's festival that ran Nov. 24-26. "Cartoons are very effective, that's why there are many cartoonists in jail. This is a very, very powerful tool of communication ... it's a universal language. It can go across boundaries of age and social groups."

Although Zunar had needled previous governments, it was only when Najib came to power in 2009 that he found himself under focused pressure. Although Najib heads a coalition of political parties, the Barisan Nasional, which has dominated Malaysian politics since independence, he inherited it in the wake of 2008 elections in which it barely weathered a surge of opposition, and lost its two-thirds majority in parliament. The 2013 election was similarly close-fought, calling into question Najib's leadership. The government has responded by leaning on critics, using the 1948 sedition act -- a hangover from the colonial era -- to charge dissenters, from members of parliament to artists and lecturers.

Caricature of the corrupt

The sense of the regime's insecurity -- and its attacks on civil society -- escalated after the 1MDB scandal broke in 2015. Najib was accused of channeling 2.6 billion ringgit ($630 million) from 1Malaysia Development Berhad, a state-owned investment fund, into his private accounts. The Malaysian government says that the money was a private donation from Saudi Arabia.

Najib has not been able to contain the scandal, which has sparked investigations into corruption and money laundering in financial centers around the world. The U.S. Department of Justice has released long lists of luxury goods, from gemstones and yachts to film rights, that it suspects were acquired with misappropriated funds.

For Zunar, it was an unprecedented opportunity to hit at an exposed nerve ending. There had been corruption scandals before, but for a cartoonist and to the general public, they were abstract. With 1MDB, he could use lurid motifs of big diamonds and bags of money and portray Najib and his wife Rosmah Mansor living a life of luxury in a country where economic inequality still looms large.

Sedition charges were quickly leveled. After an exhibition of his cartoons in Switzerland, where the 1MDB scandal was major news and the attorney general's office opened a criminal investigation into the affair, he was banned from traveling abroad indefinitely. The letter informing him of the ban, which he is still fighting, simply says it is for "special reasons."

He knew it was a high-risk strategy, but "why pinch when you can punch?" he asked. New elections are coming up in 2018, and Zunar sees this as a crucial moment for Malaysian democracy. He supports the controversial candidacy of Malaysia's 92-year-old former Prime Minister Mahathir Mohamad, who is standing as the head of an ad hoc group of opposition parties, on the basis that as an old hand he will be able to break the Barisan Nasional's 60-year hold on power.

"I keep thinking of how to make an impact," Zunar said. "After the 2013 general election, after we lost, I sat down and got thinking. I didn't do enough to contribute, to create awareness. I have to use cartoons for the benefit of the people. To help them to understand the issues, so that more and more people push for change."

To make his work more widely accessible, he has reduced the number of highbrow allusions and worked to make them less about politics and more about issues. "One of the important things I changed was to relate corruption to their daily life," he said. "So they cannot say 'corruption is a political issue' any more. This is your issue. You have to pay for the corruption."

He has taken the copyright off his cartoons so that they can be freely distributed, on the basis, he said, that there is no point in holding the rights if no one can get access to the messages he is trying to get across. "I think the job has to be done now," he said. "It's very crucial. It is a responsibility for me. If I won't do it, who will?"

Although he is intensely serious when talking about his politics, Zunar clearly revels in making mischief -- and enemies.

In February 2015, he was arrested on a sedition charge after suggesting that a jail sentence handed down to the former opposition leader Anwar Ibrahim had been politically motivated. The arrest was trumpeted over Twitter by the then-chief of police, Khalid Abu Bakar, who was infamous for "patrolling" social media.

Released after a few days in the cells, Zunar declared that from then onward, Khalid would appear in all of his cartoons. And so, until Khalid's retirement from the force this year, each of Zunar's pieces had a little grinning policeman on the fringe, always accompanied by the words "twit twit."

His banned books sell for 26 ringgit, a reference to the 2.6 billion ringgit that ended up in Najib's accounts. After Zunar's 2016 arrest, Khalid came to George Town and told a press conference that the cartoonist should stop targeting the country's leadership and instead draw "nice cartoons" like Donald Duck. "The next day, I drew Donald Duck -- carrying 2.6 billion," Zunar said, creasing up with laughter. "A week later, I was arrested again."

It is this refusal to be cowed that makes him so infuriating for those in power. When they try to quash his ideas, he highlights their pomposity and insecurity and makes them look all the more ridiculous. "If you cannot fight them, you laugh at them," he said.