Malaysian jazz swings on despite pandemic 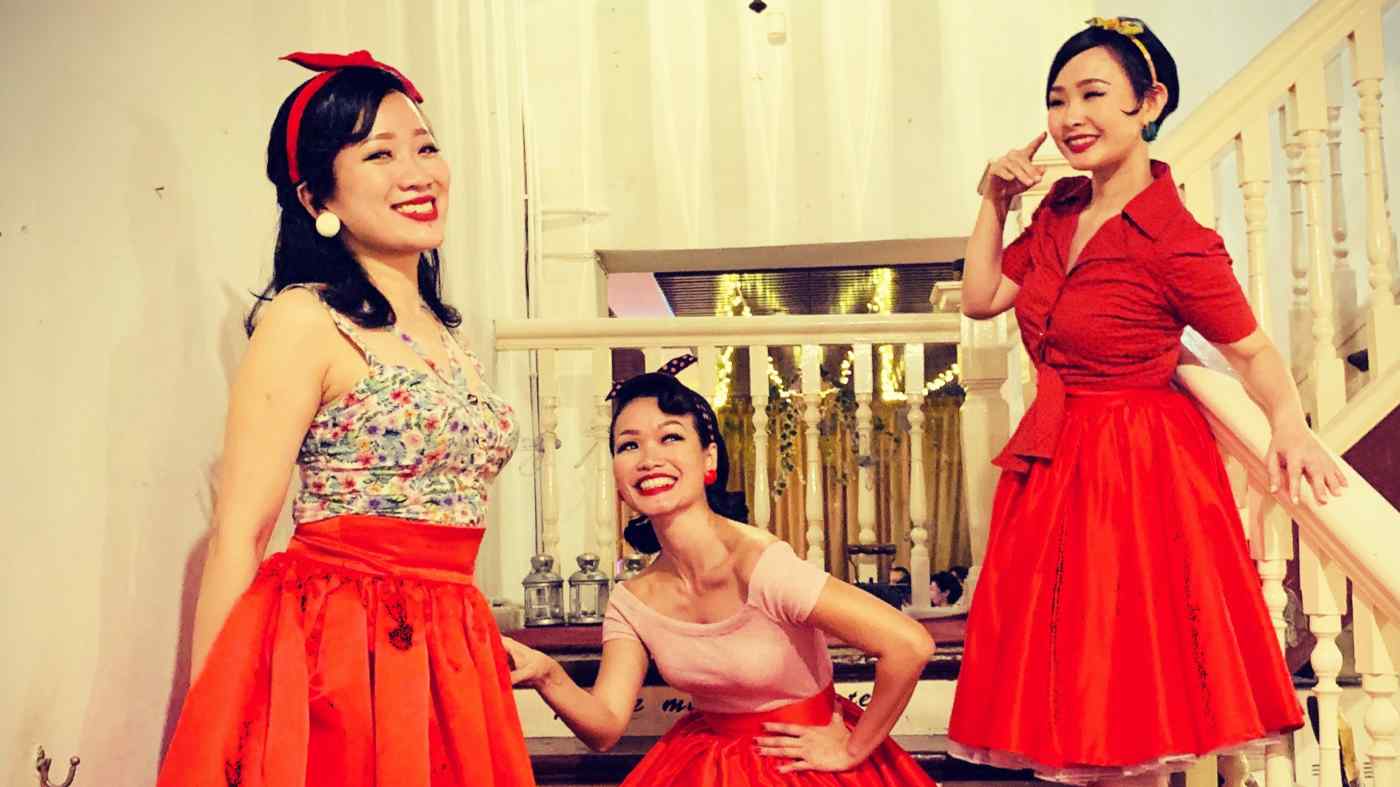 KUALA LUMPUR -- As the last piano notes fade into crashing applause, jazz singer Junji Delfino ends her final soulful number and steps center stage, facing the crowd. "Thank you," she breathes into the microphone as the hall goes quiet. "You can't imagine how happy I am to be here onstage with you tonight."

The feeling is mutual. The concert, in late September, was the first time Delfino, one of Malaysia's top jazz singers, had performed live since March, when the country locked down to combat the COVID-19 pandemic and social distancing protocols ruled out live shows.

Together with Janet Lee, another prominent Kuala Lumpur-based jazz singer, Delfino was the star of "Jazz on the Jetty," a three-day mini-festival of music, film and literature in the heart of UNESCO-listed George Town on the island of Penang from Sept. 18 to 20.

The festival, which also featured the WVC Trio, led by pianist Tay Cher Siang, who played in the 2018 Hollywood blockbuster "Crazy Rich Asians," provided Penang's first major live gigs for six months -- all socially distanced sellouts. In the previous few weeks, live jazz had started making a comeback in other Malaysian cities like Ipoh and Kuala Lumpur, which accounts for the lion's share of the national jazz scene.

Delfino, 60, started her career in her native Manila, following in the footsteps of her father, jazz drummer and actor Bert Delfino, and moved to Kuala Lumpur in the 1980s, quickly becoming a favorite among jazz aficionados in Malaysia, where jazz has carved out a niche market and dedicated fan base since arriving during colonial times. Junji Delfino made a name for herself as a jazz singer after moving from Manila to Kuala Lumpur in the 1980s. (Courtesy of Junji Delfino)

Delfino says the local jazz scene has changed considerably in recent years as the big bands of the 20th century were forced out of business by rising costs. "We still had regular gigs in Kuala Lumpur and Singapore until the early 2000s. Fixed bands would play six nights a week in hotels and restaurants, and you'd get a paycheck at the end of the month," says Delfino.

Things started to change around 2008, when local hotels and restaurants "lamented no budgets for full lineups, and preferred to cut costs by booking only a pianist and a saxophonist," she adds.

But jazz survived thanks to a new generation of movers and shakers who found opportunities that Delfino's generation never had to chase.

"Within Southeast Asia, Malaysia has quite a high demand for live jazz bands, mainly for functions like weddings and corporate dinners," says Tay, who graduated from West Virginia University in the U.S. with a master's degree in jazz pedagogy and returned to Malaysia in 2007. Besides leading the WVC Trio (WVC stands for West Virginia Connection), Tay also plays solo gigs and arranges music for Lee and The Shanghai Sisters, a pop trio helmed by the singer. Pianist Tay Cher Siang holds a master's degree in jazz pedagogy from West Virginia University in the U.S. Since returning to Kuala Lumpur in 2007, he has been one of the most active jazz movers and shakers in town. (Courtesy of Tay Cher Siang)

The average pay for corporate gigs varies between 3,000 ringgit and 20,000 ringgit ($730 to $4,850) per band, and helps many Malaysian jazz performers to make a decent living. "But people like Janet and me get itchy if we only stick to that scene," says Tay. "I personally balance it out by coming up with a theme and raw ideas to try to educate the audience in jazz culture."

The key audience for jazz in Malaysia is middle-class people, particularly urban ethnic-Chinese Malaysians, "who prefer to converse in English, and are willing to spend time and money on music and the arts," says Ng Sin Lim, an editor at the Kuala Lumpur-based Chinese-language newspaper China Press, for which Tay wrote a jazz-focused column for three years. 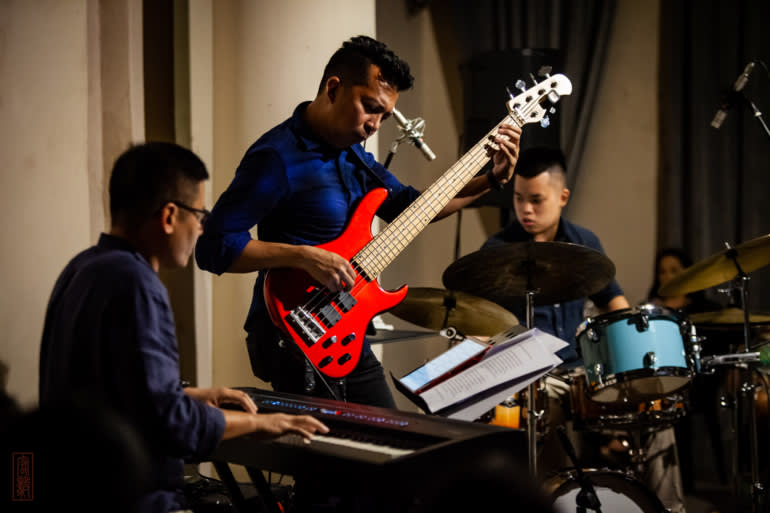 Lee, though, grew up with little exposure to Western music in a traditional Chinese family in the small town of Taiping, and started singing in a choir after moving to Kuala Lumpur. Her two albums "Restless Heart" (2015) and "Cinnabar Rouge" (2017) pack jazz atmospheres with soulful lyrics in English, Mandarin and Malay -- a medley of languages she also pursues with The Shanghai Sisters.

Tay also works on expanding jazz culture for ethnic Chinese listeners by curating a radio show called "Listening to Jazz," which is conducted in Mandarin on Kuala Lumpur's CityPlus FM station. "The segment is not huge as jazz remains a niche market," CityPlus FM told Nikkei Asia. "Tay's jazz podcast averages about 1,000 downloads a month, when our best-performing show reaches about 20,000. [But] we want to provide talented local jazz musicians with more exposure, and also give listeners an alternative choice of music aside from the mainstream." 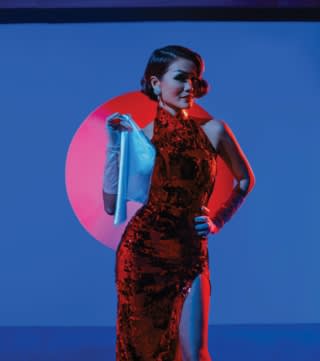 The Kuala Lumpur jazz scene's main strength is a backbone of dedicated and supportive spaces for live performances. For 21 years, Kuala Lumpur jazz had a home at No Black Tie, opened in 1998 by patron and musician Evelyn Hii in the entertainment district of Bukit Bintang. But the club closed at the end of last year as Hii took a sabbatical to travel to Cuba and Mexico to scout for new jazz musicians. "She was like a clairvoyant. She closed up shop at the very right time, as if she had forecast the pandemic," jokes Tay.

Live music club Jao Tim, a narrow shophouse tucked in the hip nightlife underbelly of Chinatown's Petaling Street, has filled No Black Tie's pivotal role, helping to nurse the jazz scene during the worst of Malaysia's lockdown. "I used Instagram to create a Home Edition by Live at Jao Tim," says owner Jon Teo. "We asked 33 local musicians to perform a one-hour set each on every night we had to stay home. On the following morning, each musician had to send the wooden box I filled with recording equipment to the next performer." 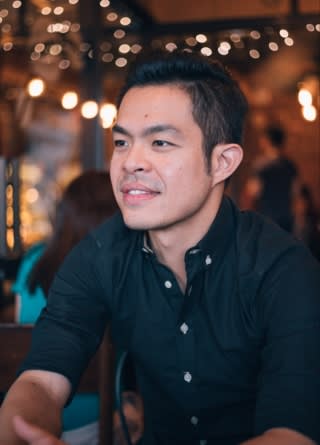 Beside a microphone and dongles to record live via a smartphone, the box contained a book in which the artists jotted down their feelings as they performed from home during the harshest of times for live music. Online donations helped those musicians who needed financial support the most.

Sean Ghazi, an actor who debuted as a jazz singer in 2006 with the album "Semalam," manages Bobo KL, a live music venue where jazz bands returned to play as soon as restrictions were eased in September. "We were met with huge support and an enthusiastic return of our regulars, who waxed lyrical about how much they'd missed live music," says Ghazi, who paid a basic fee to Bobo KL's regular performers until June. 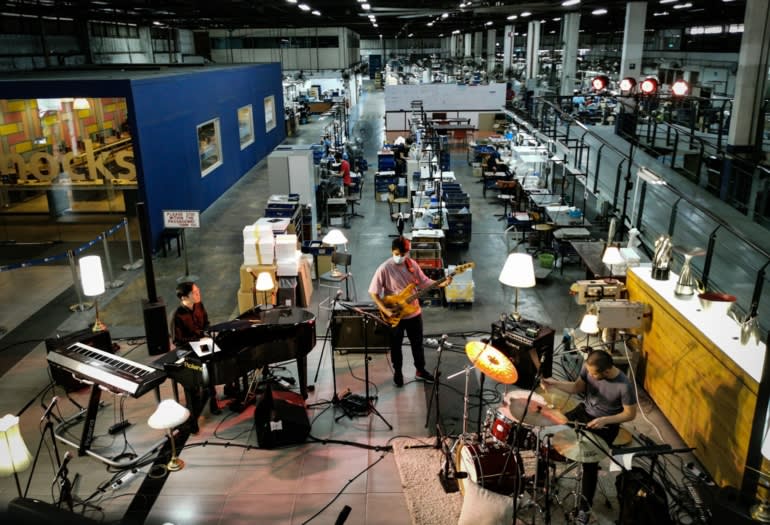 But returning to a regular schedule of live jazz performances is a tough call. A second surge in COVID-19 cases in early October triggered partial lockdowns in Kuala Lumpur and the surrounding state of Selangor. One immediate victim was the MJPF-TGT Jazz Festival, a collaboration between Malaysian Jazz Piano Festival and The Gardens Theatre, organized by Tay and the pianist Michael Veerapen, and featuring live performances by 15 acts over two weekends, which was postponed indefinitely.

Biting the bullet, musicians and venue owners broadcast the festival as an online live concert on Nov. 15. "We are collecting donations to support the next edition of the Malaysian Jazz Piano Festival in 2021," says Tay. "There may be performing limitations, but Malaysian jazz will never be defeated."