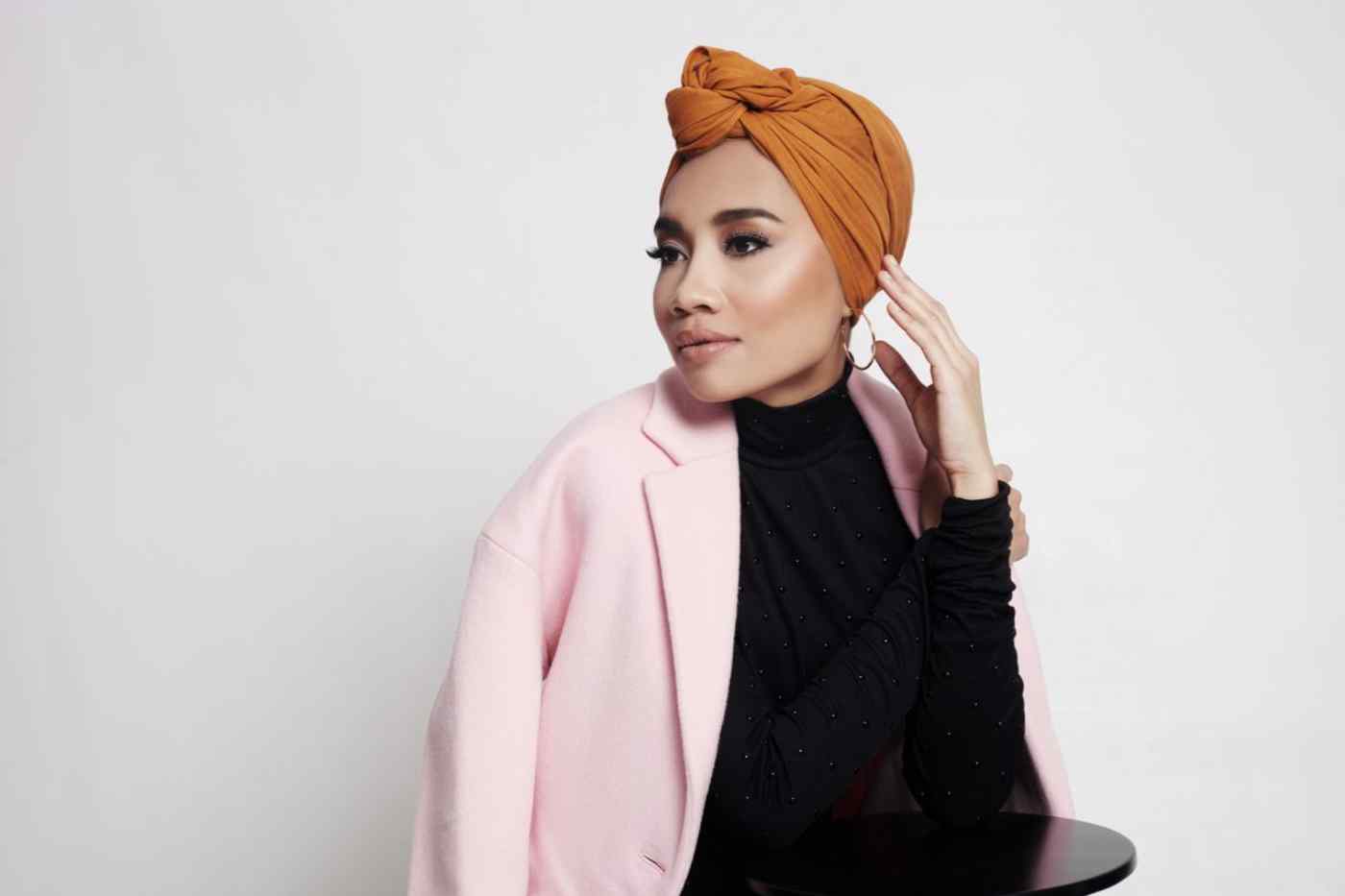 JAKARTA -- When Yunalis Zarai saw a picture of herself loom large over a New York landmark in late November, she was understandably elated.

"Your Kedah-born girl just went up on the @NASDAQ billboard in Times Square New York today," the 30-year-old singer-songwriter tweeted, with an accompanying snapshot of the signage.

"Every month, the billboard will feature artistes to promote their music, so this month it's my turn," she explained.

Professionally known as Yuna, her third album "Chapters" was ranked among the Top 10 Critics' Choice R&B records of 2016 by Billboard, alongside albums by Beyonce, John Legend and Rihanna. The U.S. magazine compared her to Sade, a 1980s Nigerian-British singer-songwriter who sold 50 million records, including such hits as "Smooth Operator." Yuna's musical style and her voice also has been likened to hit singers Norah Jones and Adele.

As one of few Southeast Asian pop stars to crack the American market, Yuna has broken musical convention by gaining fame and success in the U.S. before conquering Asia, aside from in her homeland of Malaysia, where she is well-known.

Since moving to Los Angeles five years ago, Yuna has toured twice a year, usually in the U.S. and sometimes in Europe. Speaking during breakfast in Jakarta after a sell-out show in Bandung, Indonesia's third biggest city, she told of her delight in touring Asia.

"I've never done an Asia tour, I've only performed Kuala Lumpur before," she said. "I'm really happy that I got to do this." But she acknowledges that "because I spend most my time in the U.S., my focus is more on there."

Yuna knows she has more work to do to succeed in Asia. Skipping Malaysia, her current concert tour includes shows in Singapore and China besides Indonesia. "I'm hoping to come back soon and do [other countries such as] Japan, the Philippines," she said.

Yuna said her concert in Bandung was a "dream come true." "When I first started out in music 10 years ago I was really active in Kuala Lumpur. The goal back then was, well, once we make it, we're gonna go to Bandung," which is known for its relaxed, breezy and arty vibe. "The music scene, the indie music scene in Bandung, is amazing," she noted.

Yuna has come a long way since first posting clips of herself on the once-popular social media site Myspace in an effort to make a name for herself. In her case, it worked. A U.S. management company agreed to represent her and she signed on with the Fader label in 2011 -- though has since moved to the Verve Music Group. A year later, she released a new single, "Live Your Life," that was produced by the renowned producer and musician Pharrell Williams, best-known for his 2013 worldwide hit "Happy." 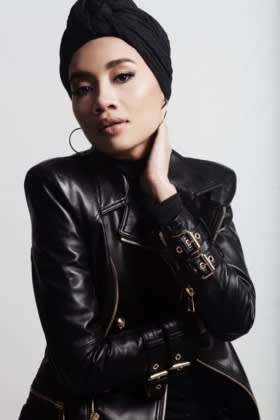 Yuna Zarai's chic, Malay-Muslim elegance has formed the basis for her own fashion line. (Courtesy of Verve Music Group)

Working with such a big name was both a turning point and a transformative experience, personally and artistically, she said. "This felt like it was where I can't be a 'fangirl' anymore," she added, recalling how she transformed herself from a shy, sneaker-wearing and denim-clad social media songstress to a sleekly dressed, hijab-wearing Malay-Muslim R&B star.

Williams, she noted, "changed my view of myself, I [realized I] need to change myself once in a while. He wanted me to push the envelope a bit more, [he said] you can't do singer-songwriter stuff all your life."

Despite his fame and reputation, Williams "was so lovely, so supportive, super hard-working. We created music together, he made it super comfortable to work together."

She has since collaborated with other top artists. Her latest album includes a soulful duet, "Crush," with American R&B singer-songwriter Usher and another track, "Places to Go," produced by hip-hop legend DJ Premier.

In her earlier years, Yuna listened to more guitar-driven bands such as No Doubt and Coldplay, different sounds to her R&B work these days.

"I love Coldplay, I grew up listening to them," Yuna said. The Kedah fangirl resurfaces as she discusses Coldplay's duets with other artists. "It's always a girl, who's not me, I'm like, I wanna be on that," she said, giggling, a mix of the playful and the wistful. "One day I hope to get to work with them."

Living in the U.S. has led Yuna to ponder the meaning of labels -- those around identity, not record labels, that is. "I see myself as Malaysian first, but I am a lot of different things now because I travel so much. Am I Malay-American, I don't know?!"

Yuna's chic, Malay-Muslim elegance not only gives her a distinct branding image, but has also has formed the basis for her own fashion line, which she helps to design. As part of a trend among young Muslims of merging the traditional and the trendy, she has become the face of the Islamic fashion marketing campaign launched by Japanese brand Uniqlo.

At time when the change of government in the U.S. has exposed social and political rifts, Yuna says her Muslim identity has not created problems in the U.S. and that the U.S. has not changed radically over the five years she has lived there. "I've never had any negative comments or backlash in the U.S. just for being myself."

So what does she make of U.S. President-elect Donald Trump, who said he would ban Muslims from entering America? "What I can do is stay positive and not give in to racism and sexism. Keep on the hijab, just be you, that's a message I'd like to give out."