New opera looks at the plight of Philippine domestic helpers 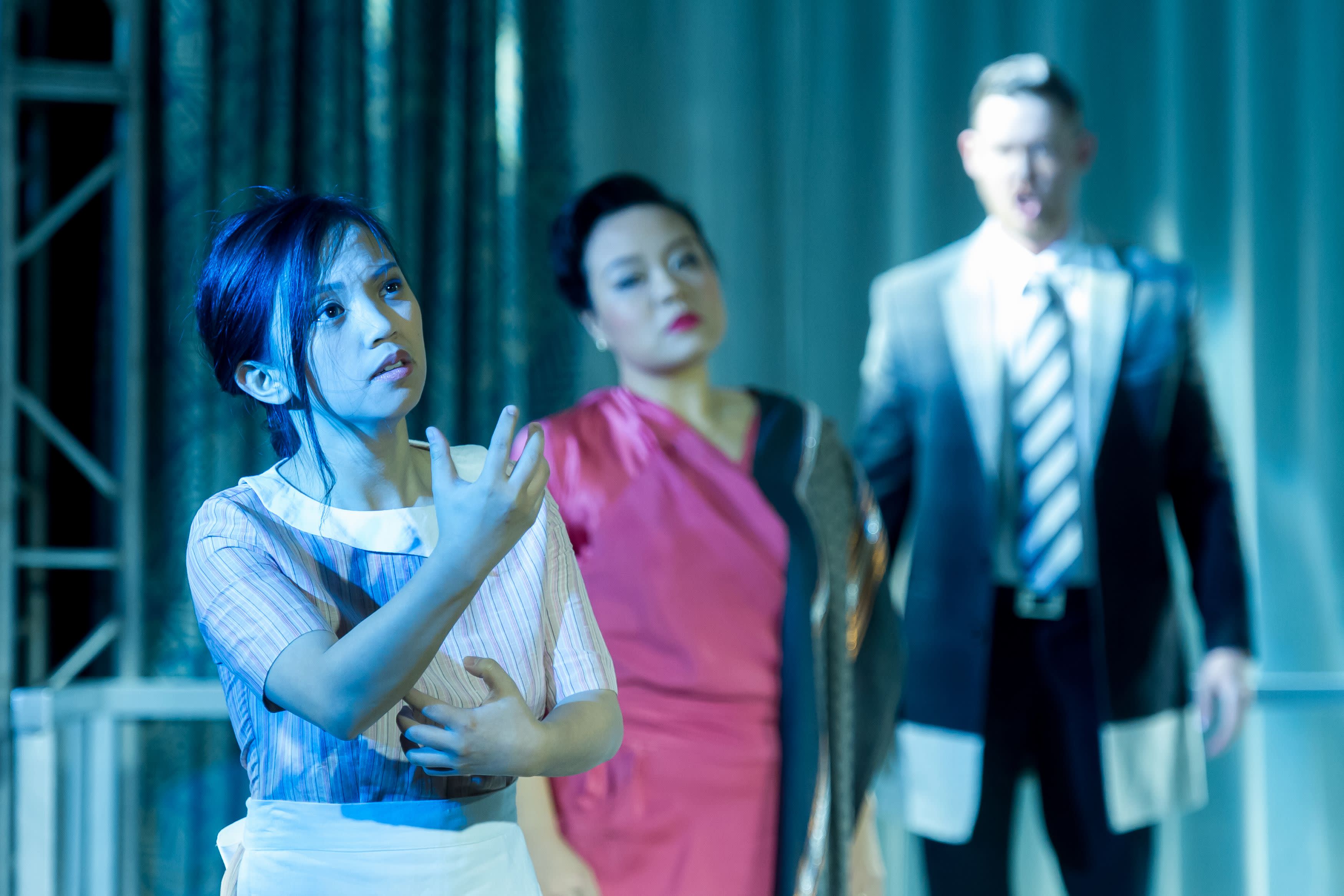 HONG KONG -- The often difficult and isolated lives of Philippine domestic helpers working overseas have served as the inspiration for movies, documentaries, television shows, plays and books for years. Now comes an opera.

"Mila," a tragedy about a Filipina woman working for an excessively demanding family in Hong Kong, delves into the city's entangled cultural, social and racial issues. A mixed-race married couple -- a Chinese woman and a Western man -- hire Mila to tend to their luxury high-rise home and care for their young son, who harbors suicidal thoughts amid the constant tension and antagonism between his parents. Mila is caught in the middle.

The 60-minute production -- sung in English, Cantonese and Tagalog -- is a chamber opera, a typically small-theater work that employs a chamber ensemble instead of a full orchestra, and will have its world premiere on Jan. 18 at the Asia Society's center in Hong Kong.

"I believe it is the first opera that has dealt with a Filipina domestic helper in Hong Kong," said Alice Mong, who commissioned the work as executive director of Asia Society Hong Kong. "It celebrates the coming of age of Hong Kong's growing pool of creative talents on the one hand, while it also examines and raises awareness of some of the unique social issues in Hong Kong."

Mong invited Hong Kong playwright Candace Chong and Eli Marshall, a Hong Kong-based American composer, to collaborate on creating a musical work. The two had never worked together previously and were given no specific instructions other than to produce a piece that reflected Hong Kong's multicultural society. 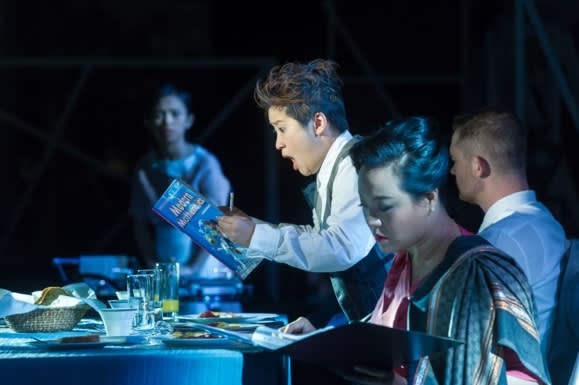 "We were invited to figure things out amongst ourselves," said Marshall, who has composed Western classical and Chinese instrumental music and has written scores for films by directors Wong Kar-wai and Ann Hui.

"There's no such thing as a small opera," he said. "You can have a small-scale opera or a short-duration opera -- an opera with small forces -- but every operatic undertaking is like writing a novel. You have short novels and you have long novels, but they're all novels. Writing a novel is just hard."

Chong, who wrote the libretto, said she presented several ideas to Marshall and they both agreed on her story of a Filipina housekeeper confronting personal and professional hardships. "In Hong Kong, I don't think people treat [domestic helpers] with a lot of respect," she said, adding that foreign workers are often invisible in Hong Kong daily life and that some employers fail to acknowledge their contributions and importance.

The inspiration for Chong's story came in part from Hong Kong journalist So Mei-chi's 2015 book "Strangers at Home," which details the experiences of Filipino workers in Hong Kong and the impact of their absence on their families back home. "Sometimes we just don't know how much these people have sacrificed for us Hong Kong families," said Chong, whose previous works include the libretto for the opera "Dr. Sun Yat-sen" and the play "The French Kiss."

"She cares about her art, about her statement," Marshall said of Chong. "The thing about opera being so collaborative [is] you learn from so many people," he said. "You're always growing -- you're forced to grow by circumstance, but also just by being put in the same room with so many brilliant people at the same time."

In the case of "Mila," this includes Stefanie Quintin, who plays the title role. "For this topic to be placed in an opera, it's very challenging -- not only for the artists but also for the audience," the 26-year-old soprano said.

"It's really hard to be a classical musician in the Philippines," she said. "There's not enough jobs, and we have to make opportunities for ourselves by organizing concerts and marketing them to the public."

Following a four-day run in Hong Kong, Mong said she hopes "Mila" will eventually be staged elsewhere and is targeting New York. "Further down the road, if there is interest, I would also personally like to see this work presented at other Asia Society centers," including those in Manila, San Francisco, Los Angeles and Houston.

"I hope that people will see Hong Kong as an Asian creative hub that can generate original work and ideas that authentically reflect human conditions," Mong said.