After years in the shadows, the genre makes a monstrous breakthrough in Southeast Asia 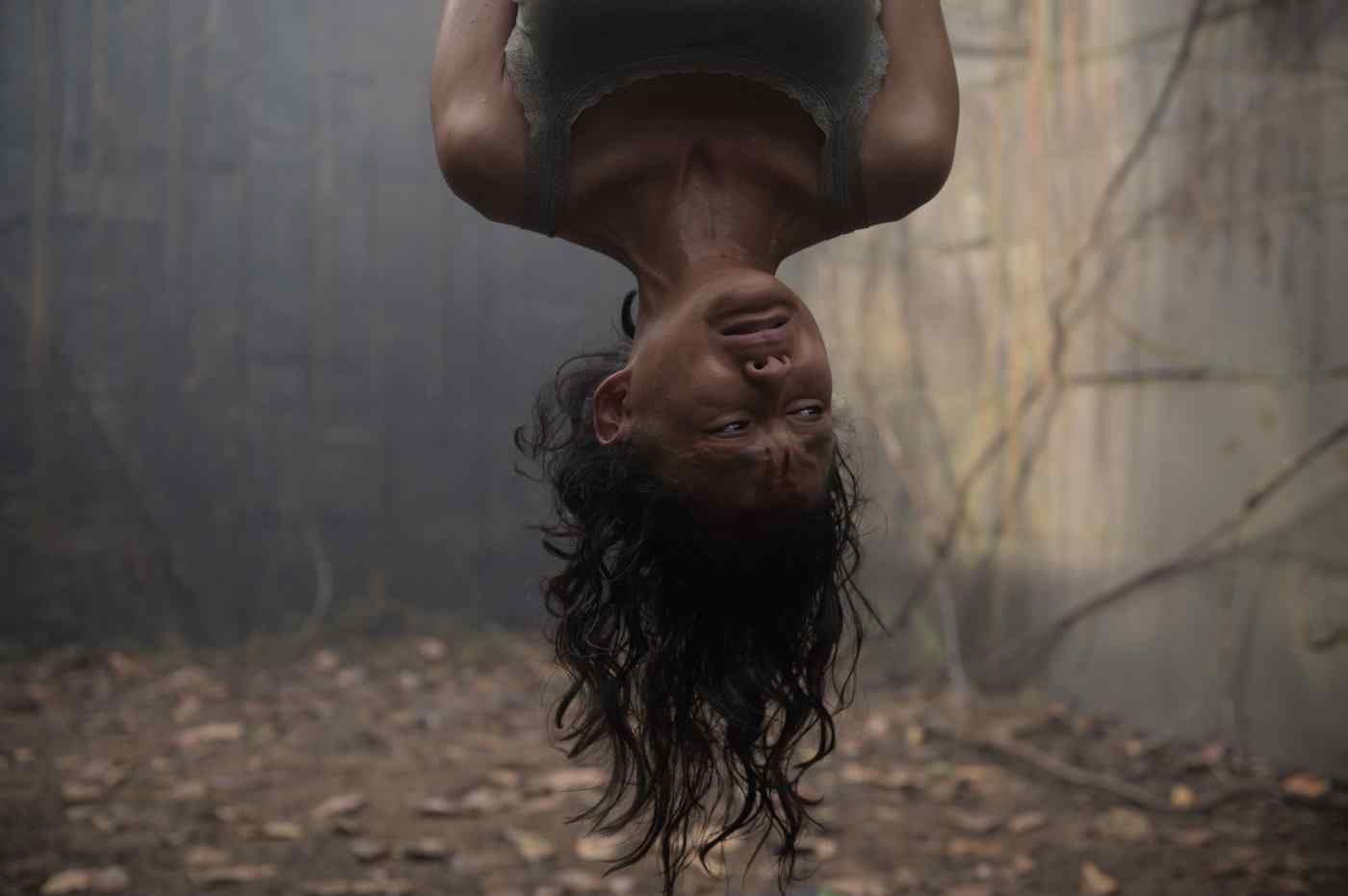 JAKARTA -- You know that the nightmare is not over when the Queen of Black Magic picks up her severed head and slots it back onto her neck as if nothing has happened.

"The Queen of Black Magic" (original title "Ratu Ilmu Hitam," 2019) is the latest Indonesian horror film to debut internationally on Shudder, a popular American horror streaming provider owned by AMC Networks. The film, available since Jan. 28, is the only Asian title among 11 international horror films that Shudder is premiering during the first quarter of 2021.

"Streaming platforms [have] turned the world into a big market where everyone can access films from all over, including Indonesia, and I can only be grateful for that," said Joko Anwar, a director and scriptwriter who is a leading voice in a new wave of Indonesian horror filmmakers that is turning heads worldwide.

Fans and critics have come to respect Indonesian horror films for their gruesome excess, breakneck craftsmanship, and authentic settings that exploit the rich tradition of demonic folklore in Maritime Southeast Asia (Indonesia, Malaysia, Singapore, the Philippines, East Timor and Brunei).

Indonesian exploitation films have been inspired by this treasure trove of horror lore since the late 1960s and include titles such as "Birth in the Grave" (original title "Beranak Dalam Kubur," 1971), focused on the struggle between good and evil sisters, and the extravagant "Mystics in Bali" (original title "Leak," 1981), about an American woman introduced to black magic by a Balinese witch. Top: Joko at work on the set of his international hit "Satan's Slaves" (2017). Bottom: Tara Basro, left, and Marissa Anita, center, in a scene from "Impetigore." (Courtesy of Joko Anwar)

For many, these bloody and exotic films are derivative trash cinema. But they are a godsend for old-school horror fans who miss the extravagant and audacious films of the late 1970s and 1980s, many of which were made by North American directors such as Sam Raimi, George Romero and David Cronenberg, and Italians such as Lucio Fulci, Dario Argento, Joe D'Amato and Bruno Mattei.

These cult flicks were among the gourmet choices in the B-movie buffet that Joko feasted upon as a cinema-loving child in his home town of Medan, North Sumatra. "There was one particular run-down movie theater that mostly played horror movies from Indonesia, Italy and America, together with Hong Kong martial arts and local films," Joko told Nikkei Asia.

Years later, Joko has achieved international success with remakes of two of his early grindhouse influences. "Two of the most memorable local horrors I watched during my childhood were 'Satan's Slave' (original title 'Pengabdi Setan,' 1980) by Sisworo Gautama Putra, and 'The Queen of Black Magic' (original title 'Ratu Ilmu Hitam,' 1979) by Liliek Sudjio," he said. Joko's remakes feel like prequels, with new plot twists, extended backstories, and more competitive modern special effects that have increased the international appeal of the originals. Filming one of the final scenes of "Impetigore." The movie was shot in rural locations in East Java. (Courtesy of Joko Anwar)

His version of “Satan’s Slave” (released in 2017 and called "Satan’s Slaves"), the tale of a dysfunctional family which must face the sudden death of the mother and the consequences of her sinister pact with the devil, became the highest-grossing Indonesian horror film of all time. It was screened in 42 countries, paving the way for the genre's current popularity.

As fans have come to expect from the genre, even the 2019 remake of Liliek's "The Queen of Black Magic," directed by Kimo Stamboel and scripted by Joko, is not for the squeamish. A crippled orphanage caregiver returns from the grave to punish her killers, leaving a gorefest of flesh-ripping creepy-crawlies, body mutilations and mind-controlling curses in her wake.

Despite the coronavirus pandemic, 2020 was particularly good for Indonesian horror films: Both Timo Tjahjanto's gore-soaked demonic sequel "May the Devil Take You Too" (original title "Sebelum Iblis Menjemput Ayat 2," 2020) and Joko's "Perempuan Tanah Jahanam" (2019) debuted on Shudder. Released internationally as "Impetigore," the latter received 17 nominations and six wins at Indonesia's top film festival, the Citra Awards, was screened at the Sundance Festival in the U.S., and has been nominated as Indonesia's official submission to the upcoming 93rd Academy Awards. Timo has just announced an upcoming remake of Sang-Ho Yeon's South Korean zombie apocalypse blockbuster "Train to Busan" (2016) for Hollywood's New Line Cinema. In "Impetigore," Christine Hakim plays Nyi Misni, an evil woman who put a curse on the village of Harjosari. (Courtesy of Joko Anwar)

"Horror used to be the lowest caste in the genre hierarchy, but because of that, it also provides more room for storytellers to bring something new to the table," said Bront Palarae, who plays the father in Joko's "Satan's Slaves" and also acted in most of his other genre films.

As a Malaysian, Bront sees clear differences between the neighboring countries' movie industries. "Malaysia's is top down with a lot of assistance -- and interference -- from the government, while Indonesia's is built organically from the ground up, serving a potential market of 280 million people who speak one language," he said. In Malaysia, the film industry caters to a multiracial population of just 32.5 million, speaking several different languages. "Also the mindset, working culture, and standard practices are slightly different," Bront said.

One distinguishing trait of Indonesian horror films is the abundance of strong female heroines -- including the witches and demonesses who pester them. "In the past, female characters were being sexualized and portrayed as weak, but in Joko's films you can see that they all have story, strength and depth, something very important to see on screen as a young woman; Joko truly believes in it, and that's how he sees women," said actress Tara Basro, a rising Indonesian "scream queen" who starred in Joko's HBO Asia series "Halfworlds" (2015) and his feature films "A Copy of My Mind" (2015), "Gundala" (2019), "Satan's Slaves" and "Perempuan Tanah Jahanam"/"Impetigore." 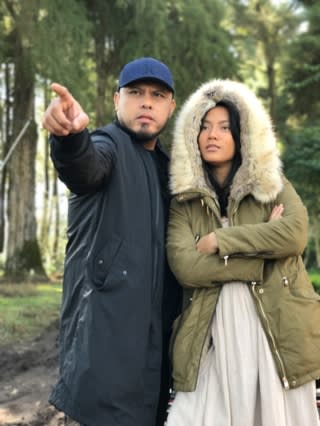 Joko. left, and Tara on the set of "Satan's Slaves" (2017). The two have worked together on many films and an HBO Asia TV series. (Courtesy of Joko Anwar)

"I have been surrounded by strong women all my life, like my mom -- who practically raised me and my siblings by herself -- my sister, and my friends; also most of my producers are women," Joko said. However, he added, while horror is a genre that champions women, emancipation is not always a given in Indonesia. "While we have had [a] female president, Megawati Sukarnoputri, and we have a lot of women in high positions, females are still marginalized."

Indonesian horror is also defined by strong accents of local folklore. Joko's first season of HBO Asia's dark fantasy TV series "Halfworlds" presented the coexistence between the world of humans and that of the Demit, a breed of semigods based on Indonesian ghosts such as the Kuntilanak and the Tuyul.

Joko believes that localization is one of the main reasons why movie fans like Indonesian horror, because "watching characters as they deal with problems that we are familiar with, but which remain within their cultural boundaries, helps us to understand ourselves better, and that gives us [the ultimate] movie viewing satisfaction." 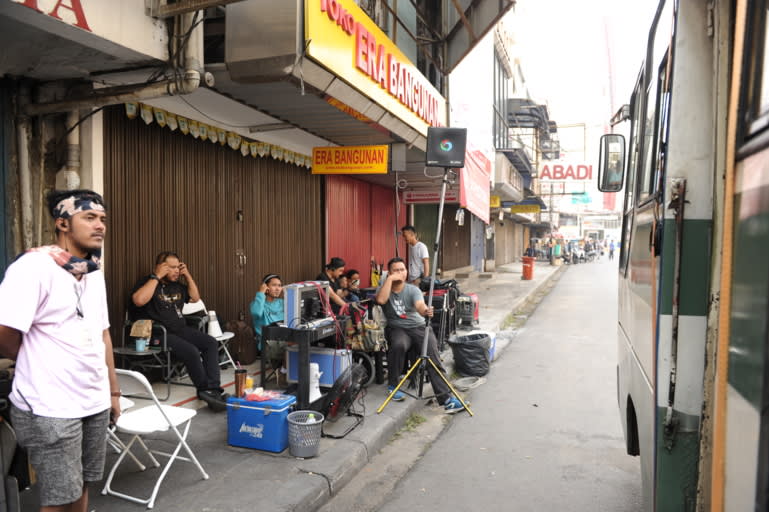 On the set of Joko's superhero film "Gundala" (2019), set and shot in a hopeless, futuristic Jakarta. (Courtesy of Joko Anwar)

"Perempuan Tanah Jahanam"/"Impetigore," in which Tara plays poverty-stricken Maya, stands above the competition with its original mix of the supernatural, Javanese wayang kulit (shadow puppet play), and Indonesian folk rituals. Maya leaves Jakarta with her best friend Dini to chase an elusive family inheritance in the rural village of Harjosari, but they soon realize that her ancestral past hides a morbid supernatural curse, rather than financial assets.

Ghosts and magical folklore are normal aspects of Indonesian culture, something Joko grew up hearing and reading about all the time, including in school textbooks. "My mom kept using folklore to discipline me, saying that if I was naughty, a ghost with very big breasts would kidnap me and hide me under her bosoms until I died," he quipped. "Our nation is rich with demons, not including the corrupt politicians. The last time I checked, I found 44 types of ghosts, excluding their variations."

Against that background, Joko added, "We should be the biggest exporters of ghost stories."