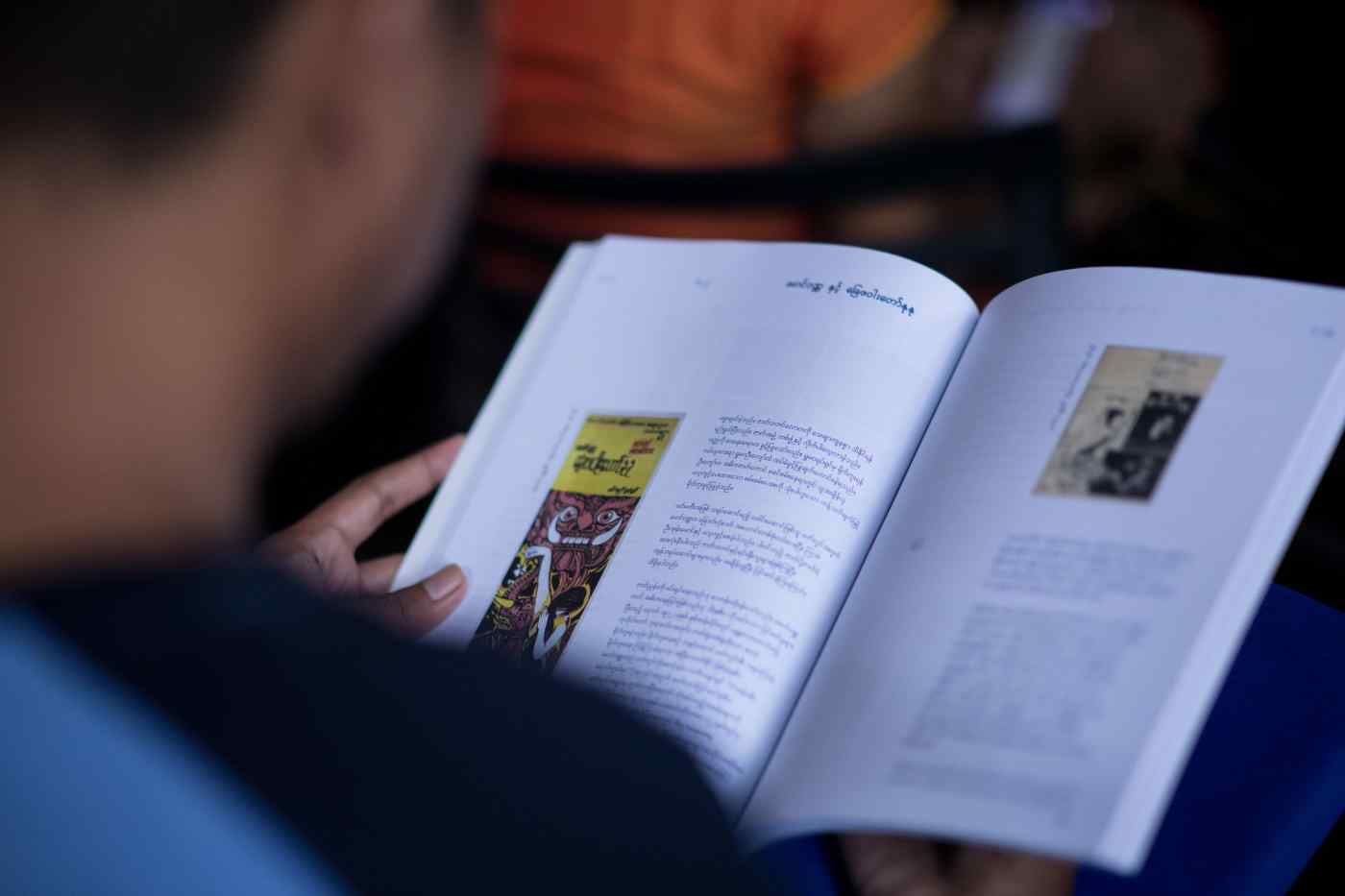 But in the cinematic heydays of the 1950s and 1960s, Myanmar citizens flocked to art deco-style single-screen theaters in the then-capital Yangon to see local productions from one of the region's most prolific film industries. Today, the only colonial-era cinema still standing on what was the city's "Cinema Row," Waziya, opens only occasionally for screenings. Power cuts and bats flying across the projector interrupt showings.

Although shiny new multiplex cinemas have opened in Yangon, Myanmar's 53 million citizens share just 103 movie theaters across the country, down from 300 in the first half of the 20th century. Neighboring Thailand boasts more than 1,000 screens for its nearly 70 million people.

But now, Myanmar's young, independent filmmakers are looking to counter a mainstream cinema industry they see as lacking innovation and originality. An ambitious new magazine, inspired by new wave cinema movements in France, Japan and Taiwan in the last century, sold hundreds of copies when it was launched in May. Entitled 3-Act, the minimalist-looking bilingual publication features articles on film-making knowhow, film theory and criticism, and a re-examination of Myanmar's film history.

"Cinema is not dead, but not alive" is the title of the first edition. Founder and editor Moe Myat May Zarchi explained that while the country has a rich, near 100-year-old cinematic history, the modern cinema scene has stagnated, much to the frustration of audiences. "I know that something exciting is going to come," she told the Nikkei Asian Review, "but Myanmar cinema is in limbo, it is not yet alive." The Waziya, formerly the Excelsior (Photo by Ken Barrett)

These days, the local film industry is dominated by big production houses that together release more than 100 films each year. Companies like Heart & Soul and Lucky Seven spend a lot of their money on a handful of favored directors and expensive star actors, rather than investing in good script-writing and cinematography, complain some cinephiles. By churning out hackneyed romantic comedies or thrillers in a matter of weeks, the production houses are failing discerning cinema fans who crave more artistic entertainment as the society emerges from decades of military rule, critics argue. Yangon resident, Min Ye Kyaw, 24, said he now only goes to the cinema to see Hollywood blockbusters. "Mainstream Myanmar filmmakers don't put in any effort, every movie is the same story, same characters, same cliches," he said. Critics and activists also condemn the mainstream for using damaging stereotypes of women, and homosexual, transgender or disabled people -- and Myanmar's ethnic minorities -- to gain cheap laughs. Local comedy movies were the most successful in 2017, according to Zin Wyne, chairman of the Myanmar Motion Pictures Organization (MMPO), who admitted that film quality has decreased. "We are working to gain the respect of the Myanmar people," he said.

Yangon-based independent filmmaker Aung Phyoe raised funds to make "Seasonal Rain," a short film depicting a young urban woman as she comes to terms with her sexual awakening against the background of repressive parents and a conservative society. "The industry needs new blood," he said. "We need to get out of our comfort zone and be courageous with cinema." He wants to emulate pioneers of Asian cinema such as the late Japanese director Yasujiro Ozu, whose innovations in editing technique, slow pacing and use of low camera angles led the country away from Hollywood influences in the 1930s.

Suu Kyi led Myanmar to its first democratically elected government in decades when she won a landslide election victory in 2015. But the generals have maintained a grip on power with guaranteed seats in parliament and control of key security ministries.

Filmmakers must still submit movies to a censorship board before they can be screened. No less than 17 copies are sent to the Ministry of Information to be reviewed by representatives of different ministries and departments, according to Thaiddhi, founder of Myanmar's first film festival, Wathann. Censorship board members of the religious affairs ministry and police and army members are particularly sensitive, he said. 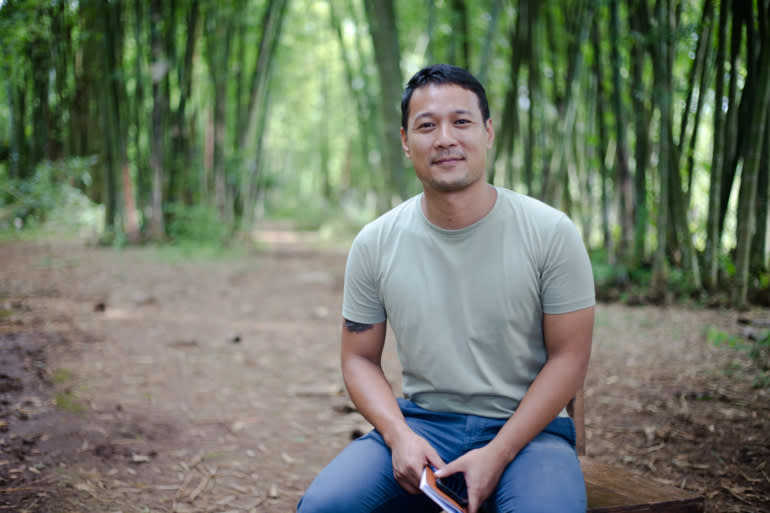 At Wathann festival last year, "A Simple Love Story," which challenged Myanmar norms surrounding gender identity by depicting the romance between a transgender woman and a transgender man, was refused permission to screen by censors. Thaiddhi did not remove the film from the official program, however, and replaced the screening with a panel discussion on the rights of lesbian, gay, bisexual and transgender (LGBT) people. "Censors allow gay characters merely for comedy in mainstream films, and they are very successful, but when we depict LGBT in a very positive, very human way, we are censored," he said.

Once a symbol of democracy, Suu Kyi has overseen a backsliding in free speech since she took office, with journalists jailed and activists convicted for peaceful demonstrations. "In today's world, there is much talk about rights, but there isn't much talk about duty," Suu Kyi, who heads the civilian government as state counselor, told the Myanmar Motion Picture Academy Awards in March. "No country can compete with a country of dutiful people," she added.

Filmmakers are still waiting for a new film law, which they hope will demolish censorship in favor of a rating system. "We do not have freedom yet, but we are trying for it," said Zin Wyne, who is participating in consultations over the new law, slated to be brought to parliament by the end of the year. 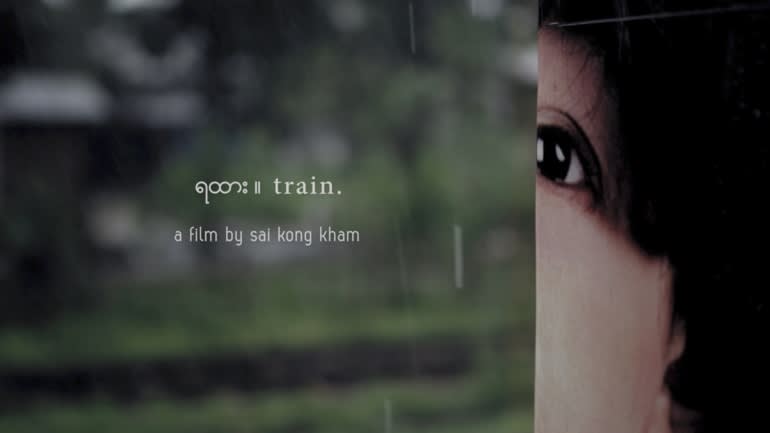 Wathann and other film festivals assist with workshops and film projects with funding from Switzerland's Locarno film festival and Prague's film and television school FAMU International. Other filmmakers submit their work to international film festivals directly, to seek funding or enter into co-productions.

Director Htoo Paing Zaw Oo's psychological thriller "Nya" (Night) was a rare commercial success for an independent film, hitting cinemas in Myanmar last year before going on to screen in Singapore. Critics and cinema fans lauded its arresting artistic quality, the use of emerging actors and actresses, and the way it captured the atmosphere of everyday Myanmar life. But in March, the MMPO came under fire for overlooking "Nya" at the academy awards, in favor of mainstream movies, and failing to encourage what many cinemagoers saw as a welcome change in direction.

Lin Sun Oo runs Tagu Films, one of Myanmar's few independent production houses, from a refurbished social housing unit in Yangon, together with two friends. The three used to be in a metal band together. Most of their business comes from commissions for documentaries, but they also work with local filmmakers on their own projects to "tell stories that we think are worth telling," according to Lin Sun Oo.

"Train," a documentary shot by Tagu partner Sai Kong Kham over two years, portrays the colorful everyday life of commuters, hawkers and drivers on Yangon's historic circle train as it rattles and sways its way through the city and its leafy suburbs. Lin Sun Oo, whose grandfather was a leading director in Myanmar's cinematic golden age, said Myanmar audiences are welcoming new approaches from filmmakers. "I see today as Myanmar's second wind."