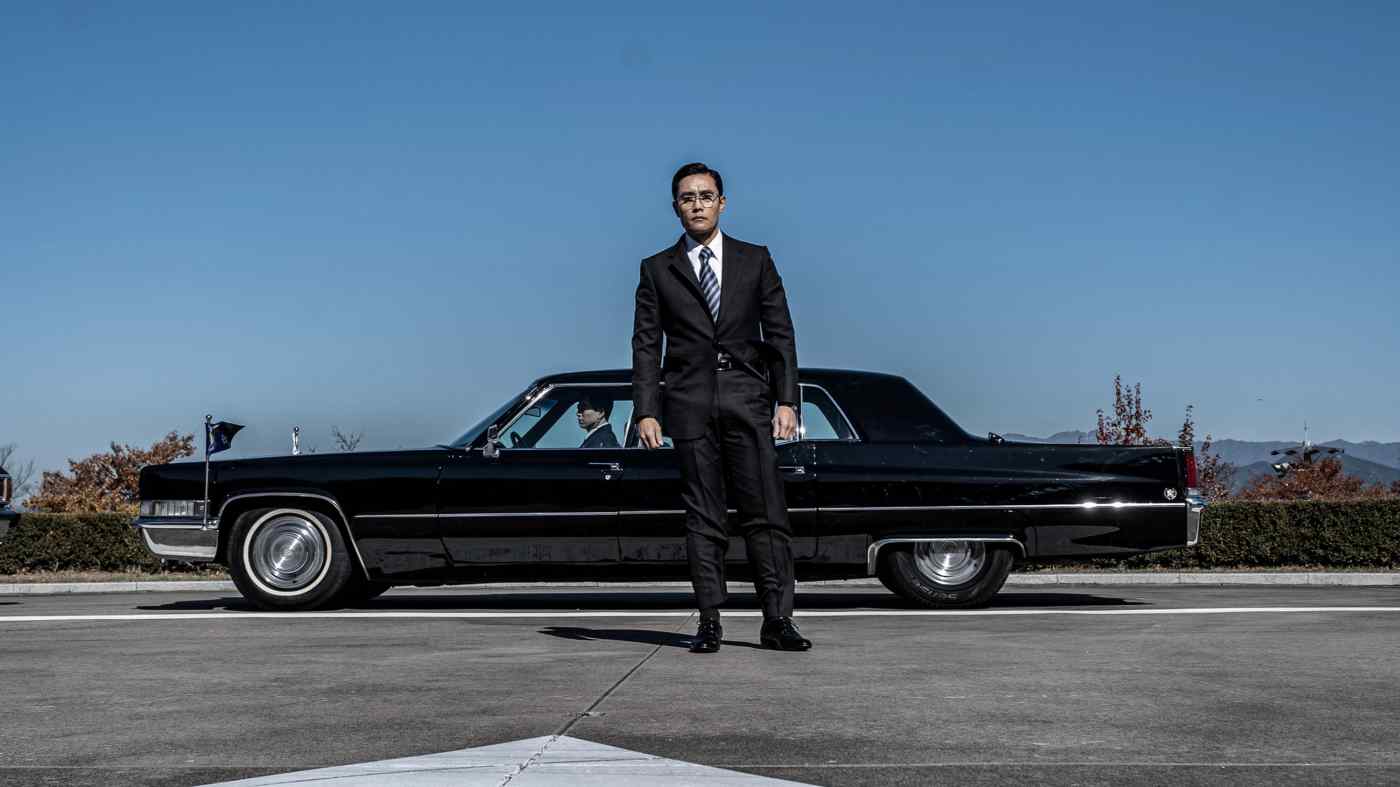 HONG KONG -- When director Woo Min-ho first thumbed through the novel "The Man Standing Next," he knew he had found the perfect template for a film that could tap into increasing domestic and global interest in South Korea's often fractured political history.

"Films that deal with the painful political past have been well-received by the critics and gained commercial success [recently]," said Woo. "Also, there are many TV series that depict and criticize social and political weaknesses. I believe today [Korean audiences] are almost entirely open-minded."

Woo was on the money. While director Bong Joon-ho's Oscar-winning dark satire "Parasite" and the flood of K-dramas sweeping the world's streaming platforms have helped shed light on day-to-day issues within contemporary Korean society, there have also been a number of films -- such as "The Man Standing Next" -- that have dug deep into politics, and have been commercial and critical hits.

"Many Koreans are interested in politics and have the strong will to dig up the wrong histories of the past and to correct them," explained Woo. "As there is a preference of audiences for these certain contents, if the idea is good, I thought the investment would go smoothly."

Inspired by the novel written by Kim Choong-Sik, the film looks at the lead-up to the 1979 assassination of South Korean President Park Chung-hee. Over the past 12 months, it has picked up a slew of local and regional awards, including the Best Actor nod for the film's Hollywood-based standout star Lee Byung-hun at the Asian Film Awards. It was also South Korea's submission for this year's Best International Film at the Oscars, although it did not make the second round of voting.

The number one domestic hit of 2020, Woo's film has so far collected $36.4 million in global ticket sales, an impressive amount considering that it was touring at a time when the coronavirus pandemic has closed many cinemas across the world. 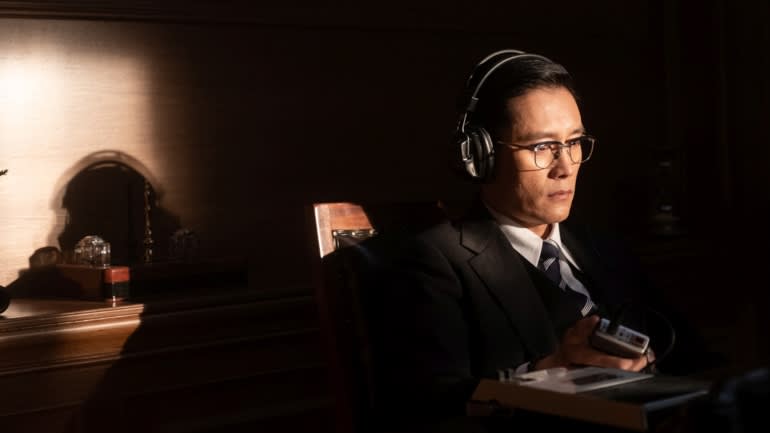 Lee Byung-hun was named Best Actor at the Asian Film Awards for his role in "The Man Standing Next'."

Woo said the success of "The Man Standing Next" was due to the layers of political intrigue that drew in viewers. He said he had to take extra care in this portrayal of the characters, as some were based on living people.

"I adjusted the level of creative liberty with the real people, incidents, by presenting the most balanced point of view possible," said Woo. "The film deals with sensitive topics, but it approaches the psyches and the relationships between the characters, rather than making judgments or interpretations on the incident itself. Also, I left much room for the audiences to make their own interpretation based on their perspectives."

"The Man Standing Next" follows the path forged by a series of politically charged South Korean hits to have toured international festivals and cinemas, dating back to Im Sang-so's dark comedy "The President's Last Bang" in 2005. That film also circled around events leading to and directly following the aftermath of Park's assassination.

Over the last decade, audiences saw "Parasite" star Song Hang-ho play a character based on future President Roh Moo-hyun in the Yang Woo-suk-directed 2013 box-office smash "The Attorney," set around the trial, on trumped-up charges, of a group of people accused of working against the authoritarian hardman Chun Doo-hwan, who ruled South Korea from 1980 to 1988

"A Taxi Driver" and "1987: When the Day Comes" -- both released in 2017 -- have also won audiences over with storylines that are set around political events in the country.

Jung Hanseok, programmer for the Korean cinema section of South Korea's annual Busan International Film Festival, suggested that Korean filmmakers had previously held back on diving into politics because they were unsure if such films would find an audience.

"It rather seems like there is this certain confidence [now] that political films based on contemporary history can also be a box-office hit [and this] has been shared among industry professionals," he said. "Therefore, foreign audiences now have more chance to watch Korean political films."

It was not always so. Censorship under a procession of autocratic leaders post-Korean War right up to the start of the 1990s meant that any films that touched on issues deemed sensitive were either banned or disappeared quickly when deemed problematic by the authorities.

Jung pointed to the military-led rule of Chun in the 1980s as an example of how politics played a direct role in influencing subject matter in South Korean cinema. Chun's so-called "3S Policy" -- standing for the then-government's focus on the promotion of "sport, sex, and screen" -- was implemented in those years as a way of "dumbing down" Korean society, Jung said. There were bans on political content in cinemas, restrictions placed on how many local films could be made, and directives laid down about what topics films should focus on.

“The Man Standing Next” is one of a number of contemporary South Korean films to focus on the nation’s fractured political past.

"It was also when pro-league baseball was initiated at the instigation of the government," said Jung. "The government was trying to turn the people's eyes away from politics. In the film industry, numerous low-quality sexual films were produced. In those days, Korean cinema most severely suffered from industrial and aesthetic hardship. It was clear the impact Korean politics had on the film industry."

The 26-year-old Busan festival emerged from the shadows of South Korea's troubled past and has helped champion the search for, and screening of, much of the country's "lost" cinema. It regularly programs previously banned films through its annual retrospectives, including the likes of director Lee Man-hee's scorching modernist-style social critique "A Day Off" which was banned in 1968 upon completion and thought lost for decades after.

The annual event -- which bills itself as the preeminent festival in Asia -- also gives the international film industry first sight of any trends in cinema emerging from the country. "The President's Last Bang" and "The Man Standing Next" both screened at BIFF.

The festival itself has not escaped being dragged into local politics. Its funding was cut back in 2015, after the festival screened a documentary about the 2014 Sewol ferry disaster that was critical of the government then.

But Jung said there were no longer "restraints" imposed on the industry that is flourishing. On the horizon is director Byun Sung-hyun's much-anticipated "Kingmaker," which delves further into the political intrigue and backroom machinations that haunted the reign of President Park.

"There are no themes, incidents, people that are off-limits to Korean filmmakers," Jung said.