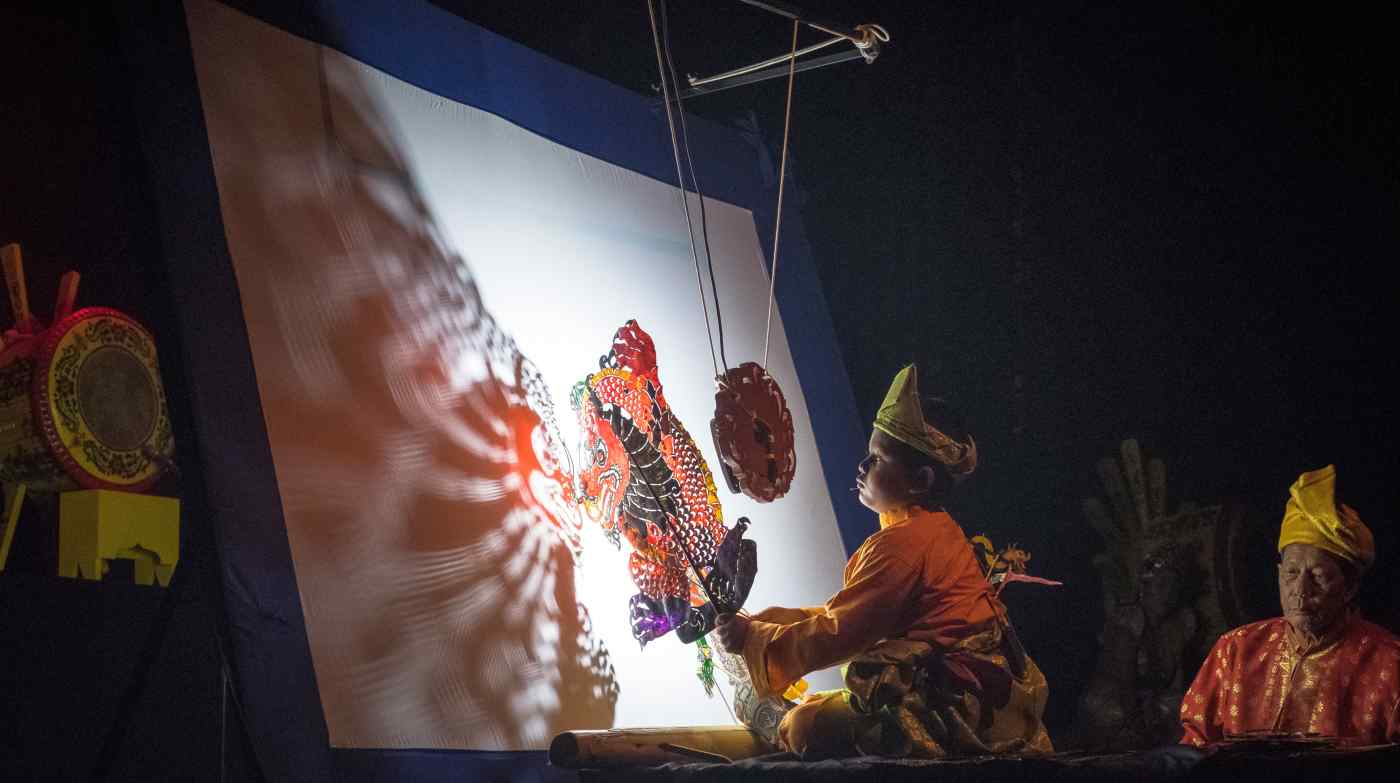 In "Kelantan: a Living Heritage," a young boy is seduced into learning and preserving his own culture. (Courtesy of George Town Festival)
MARCO FERRARESE, Contributing writerNovember 4, 2018 15:12 JST | Malaysia
CopyCopied

PENANG, Malaysia -- A grand representation of traditional arts in the rural Malaysian state of Kelantan, delivered through sound, dance and shadow play. A Taiwanese theater performance using Chinese mythology to comment on the island's relationship with China. Cambodian and Australian break-dancers finding their subcultures' common traits on the dance floor. An Iranian play using food as an allegory for freedom of speech.

This smorgasbord of arts events was part of the ninth edition of the George Town Festival, which ran throughout August in the capital of Malaysia's Penang State. Since its inception in 2010, the landmark festival has helped to put Penang on Southeast Asia's art map, bringing in a total of more than 1 million international attendees. But this year's edition closed with an aura of uncertainty as Joe Sidek, director of the festival since its inception, prepared to stand down in accordance with the terms of his contract.