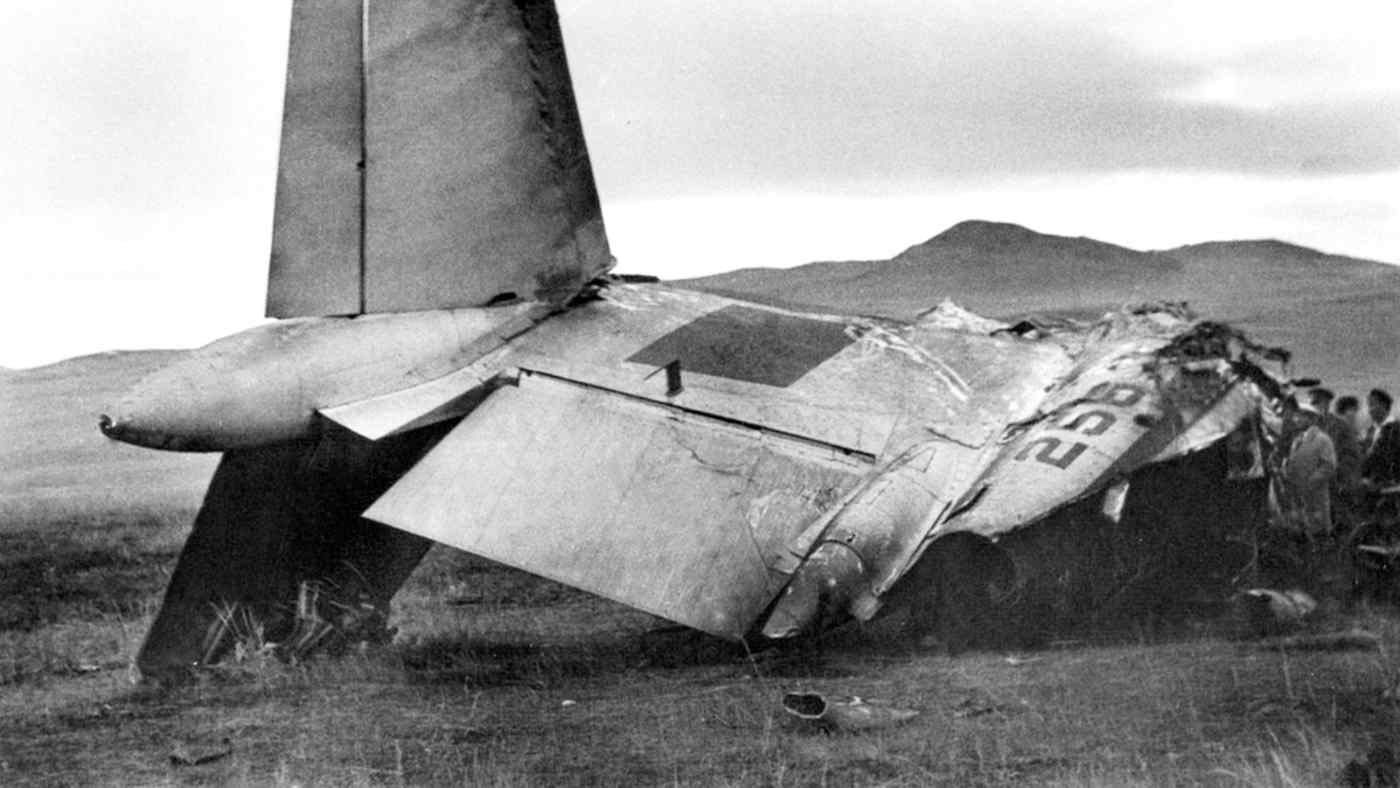 The plane in which Lin Biao tried to escape to the Siberian city of Irkutsk crashed in the eastern Mongolian desert on Sept. 13, 1971. All nine on board were killed, including Lin Biao's wife, son and close aides. (Photo courtesy of Yu Ruxin and New Century Press)
KENJI KAWASE, Nikkei Asia chief business news correspondentSeptember 13, 2021 08:30 JST | China
CopyCopied

HONG KONG -- Sept. 13 marks the 50th anniversary of the mysterious death of Lin Biao, who at the time was Chairman Mao Zedong's designated heir. Even after half a century, it remains one of the biggest enigmas of Chinese Communist Party history.

Lin's position as Mao's successor was written into the party's constitution at the ninth party congress in April 1969, in the midst of the Cultural Revolution. Acclaimed as Mao's "intimate comrade-in-arms and successor," Lin was elevated to the position of vice-chairman -- the undisputed No. 2 man, after Mao.