'Tales of Ise': the book where Japanese literature found beauty 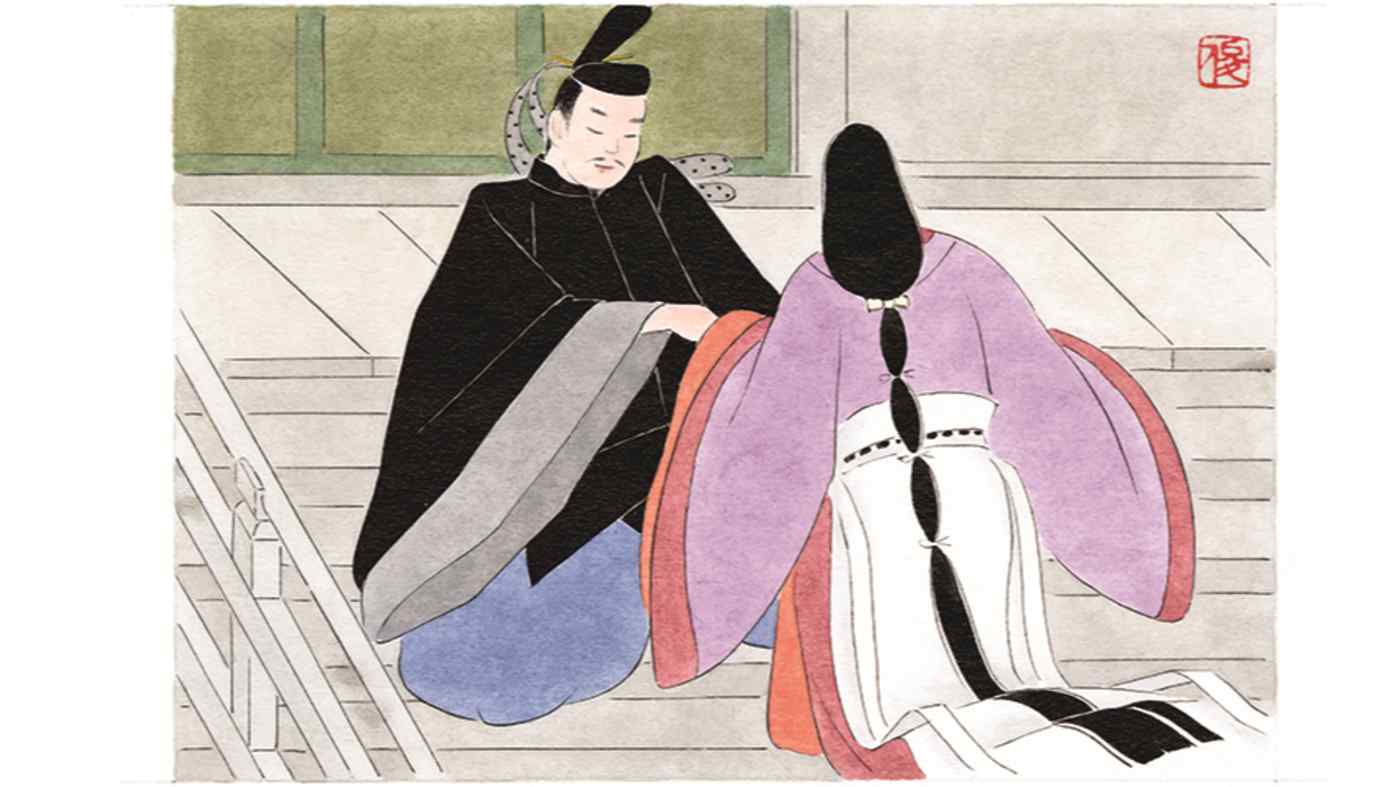 A painting depicting a scene from the 10th-century poetry collection "Tales of Ise." In this episode, protagonist Ariwara no Narihira has a forbidden love affair with Saio, a maiden and member of the Imperial family chosen to serve Amaterasu Omikami, the sun goddess, at the Ise Jingu shrine. ("Yume-utsutsu," Half awake and half asleep, by Toshiaki Ono)
NOBUKO TAKAGI, Contributing writerAugust 30, 2020 02:00 JST | Japan
CopyCopied

"Tales of Ise," a collection of Japanese waka poems and stories from the Heian period (794-1185), remains popular 1,100 years after it was created. What is it about this ancient book that so fascinates people? Nobuko Takagi, the author of "Narihira Shosetsu Isemonogatari," a novel published in May in Japanese, shares her insights on the collection's universal appeal.

I brought back to life the story of Ariwara no Narihira, a Japanese poet who lived 1,100 years ago and is considered the main character of "Tales of Ise," in novel form, and the response I have received from readers has been greater than expected.

Why do people continue to be attracted to "Tales of Ise," a 1,100-year-old work in the literary genre called uta monogatari (collections of short tales built around one or more poems)? This collection is widely known in Japan as a work of classical literature of the Heian period, because we learn about it in junior high school and high school. But few people seem to have read it from cover to cover. What is the major obstacle?

"Tales of Ise" consists of 125 sections of short, fragmented episodes, each containing a poem or poems and an explanation of the events behind the poems. Its author and date of completion remain unknown, but the collection is widely thought to have been written by Fujiwara Sadaie, a court noble and poet, in the 13th century. The main character is believed to have been modeled after Ariwara no Narihira, a prominent Heian period poet who was famous for his beauty.

"Tales of Ise" depicts the life story of a man, believed to be Narihira, through waka poems mostly about his forbidden love affairs, such as those with Princess Takaiko, who later became an empress, and Princess Yasuko, who served at the Ise Jingu shrine, and his journey to the east after leaving the capital. At the age of 15, Narihira, after recently coming of age, encountered beautiful sisters in the countryside near Nara. ("Uikoburi," Coming-of-age crowning ceremony, by Toshiaki Ono)

One of the main reasons people often fail to make it all the way through the book is that the many complex and fragmented episodes in it are often only loosely connected, making it difficult to follow the storyline. That is because "Tales of Ise" was not written with the intention that it be read all the way through. Although the book is filled with many memorable scenes and poems, they are not arranged in an easy-to-follow sequence, so readers tend to give up halfway through.

I wrote my novel about Narihira's life in chronological order, thus resolving the problem of the story's bumpy flow, the main bottleneck for many readers. I was pleased to learn that a classical literature researcher suggested that people read my novel first to better understand "Tales of Ise." Because "Narihira" is a novel, it is only natural that it is not a fully academic representation of "Tales of Ise." That said, I respected the historical facts as much as possible, and it gives me great pleasure to think that my novel is being used as something of a primer for "Tales of Ise."

Narihira is a fascinating character. "Tales of Ise" has remained popular over the past 1,100 years primarily because of his charm. Hikaru Genji, the protagonist of the "Tale of Genji," a novel about aristocratic society in the Heian period, is a fictional character but handsome and an excellent poet like Narihira. Hikaru Genji and Narihira experience many similar episodes, and certain poems in "Tales of Ise" are cited in the "Tale of Genji." Given these similarities, it can be said that "Tales of Ise" had a creative influence on the "Tale of Genji." Narihira was a man of flesh and blood, and the poems he wrote have resonated with a lot of people over the centuries. Indeed, the key elements that make him so special are strong enough to create a compelling main character for a contemporary novel. Narihira fell in love with an older woman and wrote a poem about a long spell of rain to express his heartache. ("Ame Hosofuru," Gentle rain, by Toshiaki Ono)

These elements include the internal conflict between being a member of society and the ego; the struggle over what is it to be a man; and feelings of joy and sorrow. Having conflicted feelings toward unachievable ideals and how to conduct oneself appropriately are eternal themes. All these elements are found in his poems. Surprise, admiration, sorrow, and love are expressed honestly in his poems.

Ki no Tsurayuki, an aristocrat and poet who lived in the late eighth century and early ninth century, said Narihira's poems evoked emotions that could not be described in words. That is exactly why Narihira remains so beloved after all these years. His feelings overflow the bounds of literary technique.

The times may have changed, but the universality of certain feelings and Japanese sensitivity to the four seasons have not. Narihira ran away with a princess who later became empress. ("Akutagawa," a chapter from Tales of Ise, by Toshiaki Ono)

Narihira threw himself into forbidden love affairs, but after having his heart broken and feeling of no use in the capital, he headed east.

Eventually, Narihira was forgiven by those he had angered and he returned to the capital, where he kept his distance from those in power and lived his life to the fullest. Enduring themes in Japanese literature -- such as the sorrow of the recluse, the elegance of the wanderer, and the beauty of the pen over the sword -- can be traced back to Narihira and his poems. There is no doubt that these themes played a major role in the cultural shift from Chinese poetry to Japanese poetry.

Someone once likened my process for writing the novel "Narihira" to collecting small fragments of fish bones scattered around "Tales of Ise," building a structure with the bones, putting meat on the structure, and finally making the fish swim. I would like to add that every bone in the "fish" swimming today carries the DNA of that poet who lived in the ninth century. All I did as the author was create a flow from fragmented feelings and emotions by connecting the dots -- or the small bones of Narihira.

I hope Narihira keeps swimming for many more years to come. Born in 1946, Nobuko Takagi won the prestigious Akutagawa Prize in 1984 for her novel "Hikari idaku tomo yo (To a Friend Embracing the Light)." She serves as a member of the Japan Art Academy and has been recognized as a Person of Cultural Merit. Her other novels include "Tomosui," "Ganku Shanghai" and "Kakuto."