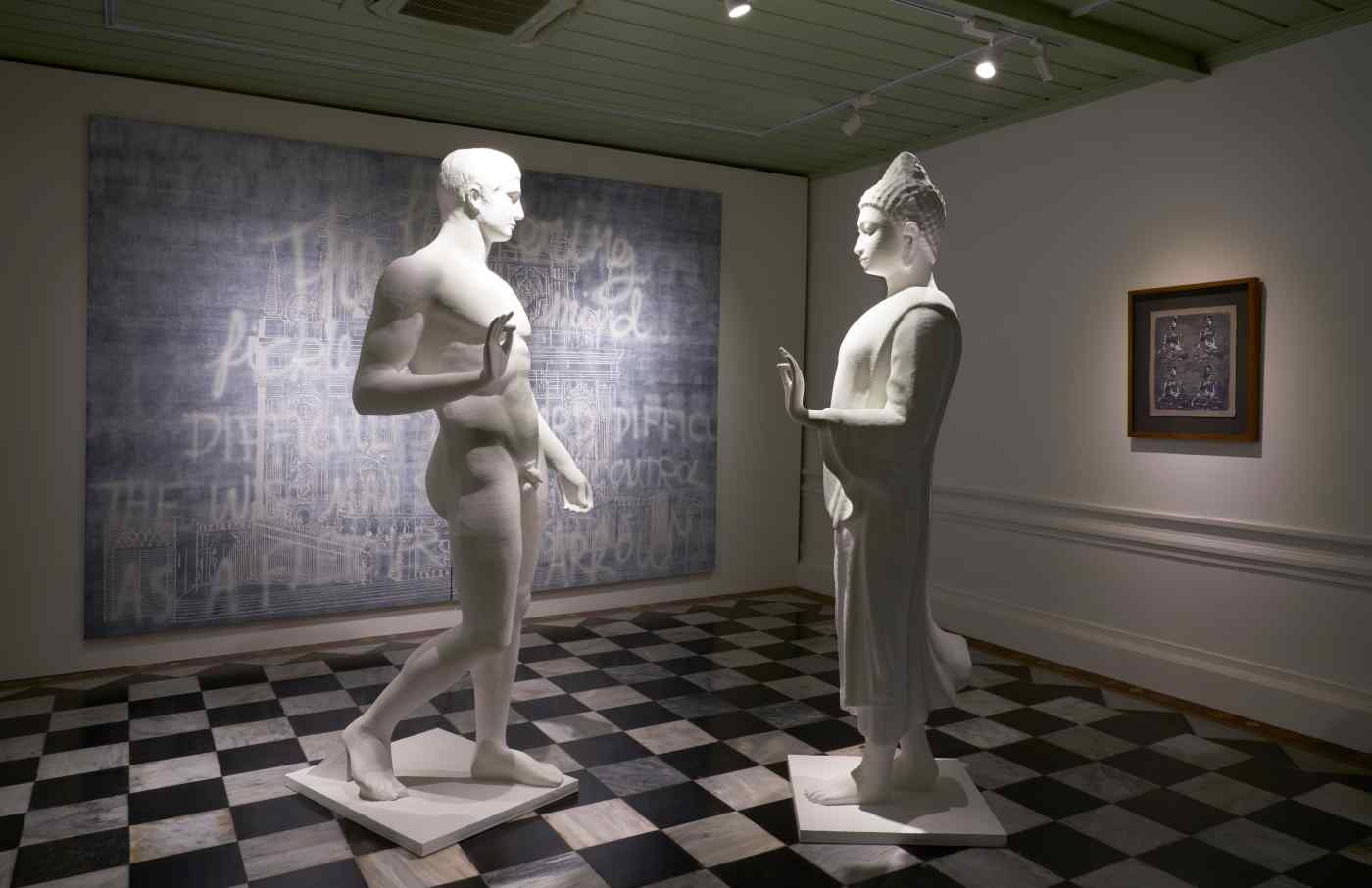 Thai artist Natee Utarit’s current exhibition "Deja vu: When the Sun Rises in the West" fuses Greco-Roman and Buddhist art forms in an attempt to address Western cultural imperialism in the East. “It’s very important that we are the same; not one higher than the other or one lower. It’s about equality,” he says. (Courtesy of artist and Art Centre Silpakorn University)
MAX CROSBIE-JONES, Contributing writerApril 18, 2022 11:30 JST | Thailand
CopyCopied

BANGKOK -- What if Buddha had, after gaining enlightenment beneath a Bodhi tree, headed west for the foothills of ancient Rome? As outlandish as this hypothetical question sounds, prolific painter Natee Utarit is acquainting Thai audiences with the idea through a refined display of artistic license and artisanal skill: an exhibition at Bangkok's Silpakorn University that puts Greco-Roman and Buddhist iconography on an equal footing.

In the first room, two tall papier-mache sculptures -- one of a walking Buddha, the other the nude Greek warrior Doryphoros -- face each other sympathetically. Both have one hand raised in a Buddhist mudra gesture symbolizing dialogue. Nearby, an intricate floor mosaic befitting a Roman nobleman's villa depicts Buddha's footprints. And in one of many paintings spread through the neocolonial style rooms of the art center, a reclining Buddha image resplendent in gold shelters beneath a Renaissance-era building held up by columns in the Corinthian style of ancient Greece.