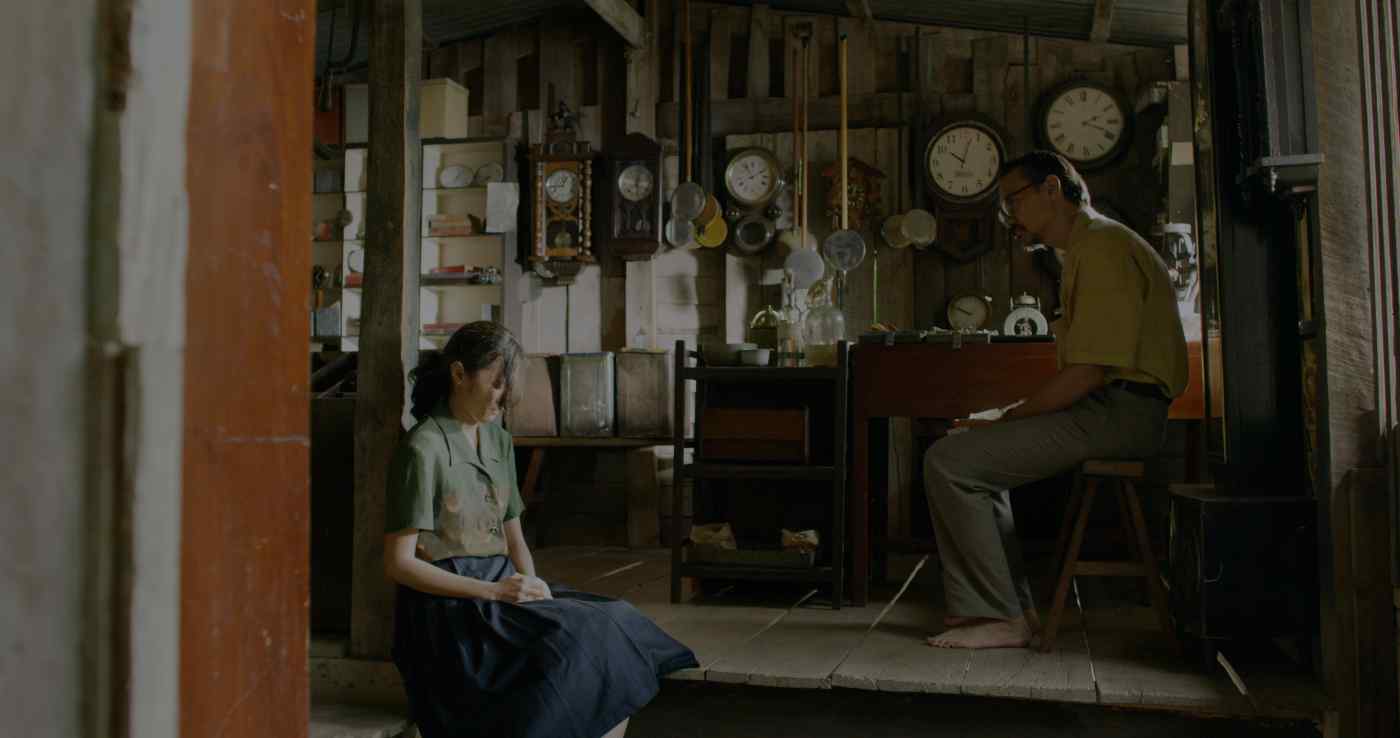 Thai film "Anatomy of Time," directed by Jakrawal Nilthamrong, will have its world premiere at the Venice International Film Festival on Sept. 10. Domestic screenings, however, will have to wait while theaters remain closed due to the pandemic. (Courtesy of Diversion, Damned Films, Sluizer Film Productions, M'GO Films, Mit Out Sound Films)
KONG RITHDEE, Contributing writerSeptember 8, 2021 08:00 JST | Thailand
CopyCopied

BANGKOK -- Thai cinema is riding a wave of international critical attention, but the pandemic-related closure of movie theaters in the country has clouded the outlook for Southeast Asia's most vibrant film industry.

On Sept. 10, the 78th Venice International Film Festival will host the premiere of the Thai film "Anatomy of Time" (2021), a ruminative drama about old age, memory and the tyranny of time. But the film's critical success coincides with uncertainty about the future of Thai cinemas, which have been closed for four months because of COVID-19.

"It's a privilege to be invited by the Venice festival," says Mai Meksawan, the Thai producer of "Anatomy of Time." "But the film was conceived to be seen in the cinema [and] we have no idea when we'll be able to show it on the big screen in Thailand."

Thai filmmakers have basked in critical glory in 2021, with a clutch of high-profile titles making their world premieres at the Sundance, Berlin, Venice and Cannes film festivals. The director Apichatpong Weerasetakul's latest film "Memoria" (2021) won the prestigious Jury Prize at Cannes, and Apichatpong was also awarded the Grand Prix d'Honneur from the International Film Festival Marseille for his outstanding body of work over 21 years.

Baz Poonpiriya's road trip drama, "One For the Road" (2021), which was partly shot in New York, competed at the Sundance Film Festival and won a prize for outstanding creativity. "The Edge of Daybreak" (2021), a shimmering, black-and-white family drama directed by Taiki Sakpisit that references dark episodes in Thai political history, won a critics' prize at the International Film Festival Rotterdam. A still from "Anatomy of Time." 2021 has been a big year for Thai filmmakers in terms of overseas critical success. (Courtesy of Diversion, Damned Films, Sluizer Film Productions, M'GO Films, Mit Out Sound Films)

At the Berlin Film Festival, one of Europe's top three cinema events, two Thai experimental films made waves: Anocha Suwichakornpong's "Come Here" (2021), and Prapat Jiwarangsan's "Ploy" (2020), which recounts the tale of a Thai prostitute in Singapore. In July, Banjong Pisanthanakul's "The Medium" (2021) won a top prize at the Bucheon International Fantastic Film Festival in South Korea. The horror film has also hit South Korean multiplexes and is being released in Singapore.

None of these films have been seen in Thai cinemas, which have been closed since April amid a virulent wave of COVID-19 that forced a semi-lockdown. The government is now easing restrictions on some business sectors but cinemas and other cultural and sports venues are low on the priority list.

For filmmakers and audiences alike, the excitement generated by Thailand's current slate of acclaimed titles is offset by the uncertainties that loom over the industry. The film community is wrestling with both economic and cultural reassessments brought on by the pandemic, the rise of video streaming and changes in consumer behavior. 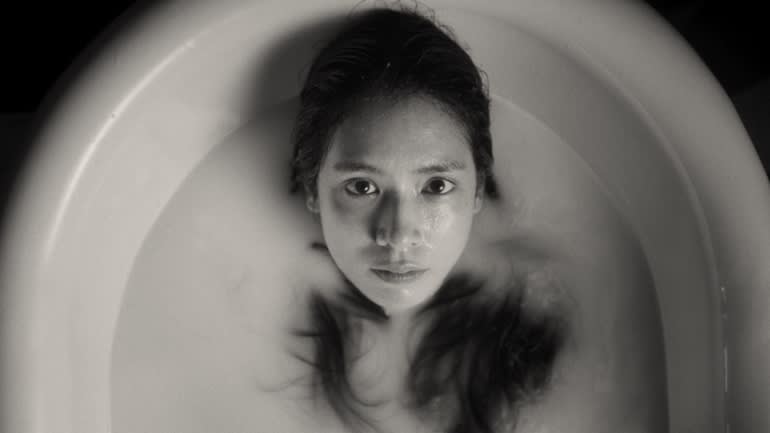 "The Edge of Daybreak," directed by Taiki Sakpisit, won the critics' prize at the International Film Festival Rotterdam. (Courtesy of Taiki Sakpisit)

"It's the first time that Thailand has had films selected by all the major film festivals in the same year," says Mai, whose team was unable to go to Venice because of travel restrictions. "For small independent films, it's necessary to have a festival presence before we bring the films back to Thai theaters. We know that a film like "Anatomy of Time" may not bring in that many people once it hits local cinemas, but still, it's important for the director to have it shown here."

The film industry's problems are in sharp contrast with 2020, when Thailand earned international praise for its strict COVID-19 management, with minimal cases and fewer than 60 deaths. Theaters were closed only for a few months in 2020, and domestic titles managed to draw audiences back to cinemas in the second half of the year.

One local film, the comedy "Riam, Fighting Angel" (2020), even outscored the Oscar-winning U.S. blockbusters "Tenet" (2020) and "Mulan" (2020) at the box office. But the situation was dramatically reversed in 2021 as the pandemic caseload spiked in April. By Sept. 1 the country had suffered 1,204,729 cases and 11,589 deaths, according to the World Health Organization, amid growing criticism of delays in the government's vaccination program. "One For The Road," directed by Baz Poonpiriya, is a road-trip drama filmed in New York and around Thailand. (Courtesy of Block 2 Pictures and Jet Tone Production.)

The film industry is hoping that cinemas will be allowed to reopen in October. But the pandemic is already forcing a change in content distribution as the producers of some Thai titles decide to skip theater releases and move straight to streaming on demand.

Thai filmmakers and studios are examining distribution alternatives through both business and artistic lenses. "The Medium," for example, is a Thai-South Korean coproduction that raked in $7.3 million at the South Korean box office after its July opening, beating Disney's "Black Widow" (2021) on its first two days of release. "The Medium" tells the story of a woman shaman in rural Thailand and the paranormal rituals that are still widely practiced around the country.

The film was originally scheduled to open in Thai theaters in July to capitalize on its momentum in South Korea and on Banjong's status as the mastermind of "Pee Mak" (2013), the highest-grossing Thai film in history and a smash hit around Asia. "The Medium," a horror film directed by Bangjong Pisanthanakul, has already been released in South Korea and Singapore. (Courtesy of GDH-Showbox)

Banjong says he still wants his new film to be presented in the cinemas despite the frustration of having to wait for an unknown release date. "It's unfortunate, but we'll have to be patient. 'The Medium' is driven by sound and ambience. It was designed to be shown on the big screen," the director says.

Plot-driven films may do well on streaming platforms, whereas films that rely on mood, tone and atmospheric immersion work best in cinemas, he adds. "The moviegoing culture isn't going to disappear. Film lovers always want to go to cinemas, and there will always be movies that have to be seen only on the big screen."

Support for cinema releases also comes from the art-house master Apichatpong, whose international coproduction "Memoria" is tentatively slated for a December release in Thailand. "You have to see the film in a movie theater," says the director. "Watching it on TV or on a laptop is like watching a different film -- it's not even my film anymore." 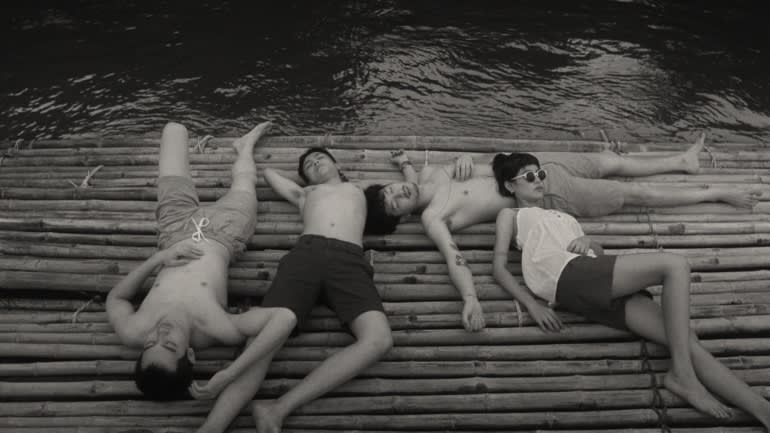 In addition to concerns about when cinemas will reopen, filmmakers are also unsure whether audiences will feel comfortable spending around two hours in a confined room, even with social distancing measures, gaptoothed seating arrangement and mandatory masks.

Accidental intimacy and elbow-brushing was thought harmless before the pandemic, but it may elicit a new set of reactions among audiences when theaters reopen. The most optimistic estimate is that it will take a few months for people to become confident enough to return to cinemas; more cautious observers predict a few years.

Songpol Wongkondee, an executive of M Pictures, Thailand's most prolific film studio, which is affiliated with the country's biggest multiplex chain, says it will take up to three years for the theater business to return to pre-pandemic levels.

"We now have at least four films waiting, [with] several more in the pipeline, and we will release them in cinemas," says Songpol. "It will be tough in the first few weeks after we're allowed to reopen, but after that, I believe people will want to come out and socialize. It's been a claustrophobic year for us all." 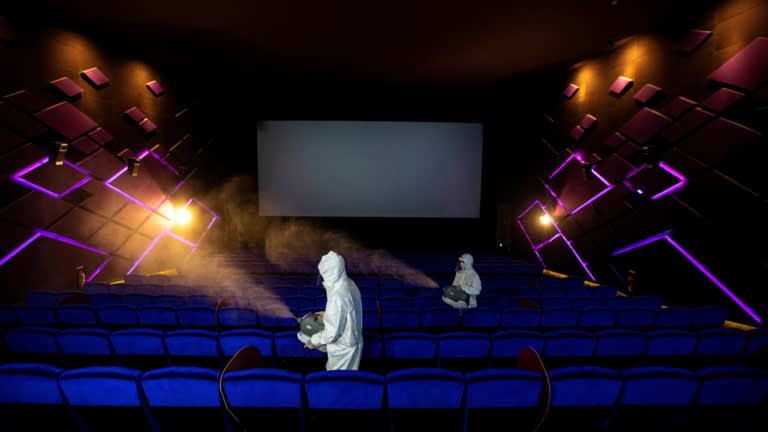 Workers spray disinfectant inside a Bangkok movie theater in May 2020 to prevent the spread of COVID-19. "We will come back, but even after the pandemic, I believe the battle will continue," says Suwannee Chinchiawsharn, chief operating officer at SF Cinema, the country's second-biggest multiplex chain.   © Reuters

Thailand has around 1,200 movie screens, largely sited in Bangkok and major regional cities. Tickets normally cost $5 upward, although prices were cut to as low as $1 in 2020. In the past decade, 40 to 50 Thai films were made each year, many of which were also distributed in other Southeast Asian countries, especially romance and horror stories.

In the Thai market, domestic titles secure 15% to 18% of annual movie revenues, with the rest going to imports, mainly from the U.S. In 2020, the market share for Thai films rose to around 25% as the pandemic forced delays in the release of new American blockbusters.

The challenge presented by 2021 is unprecedented. Even though internationally acclaimed films such as "Memoria" and "The Medium" will contribute to the excitement once cinemas reopen, mass-market films will still need to work overtime to ensure a speedy recovery.

"It will take time," says Suwannee Chinchiawsharn, chief operating officer at SF Cinema, the country's second-biggest multiplex chain. "In the past year, people who had hardly watched any movies before started watching a lot of movies -- online.

"The cinemas will have to work hard to offer not just content, but experience, to give something to the audience that they cannot have at home. We will come back, but even after the pandemic, I believe the battle will continue."