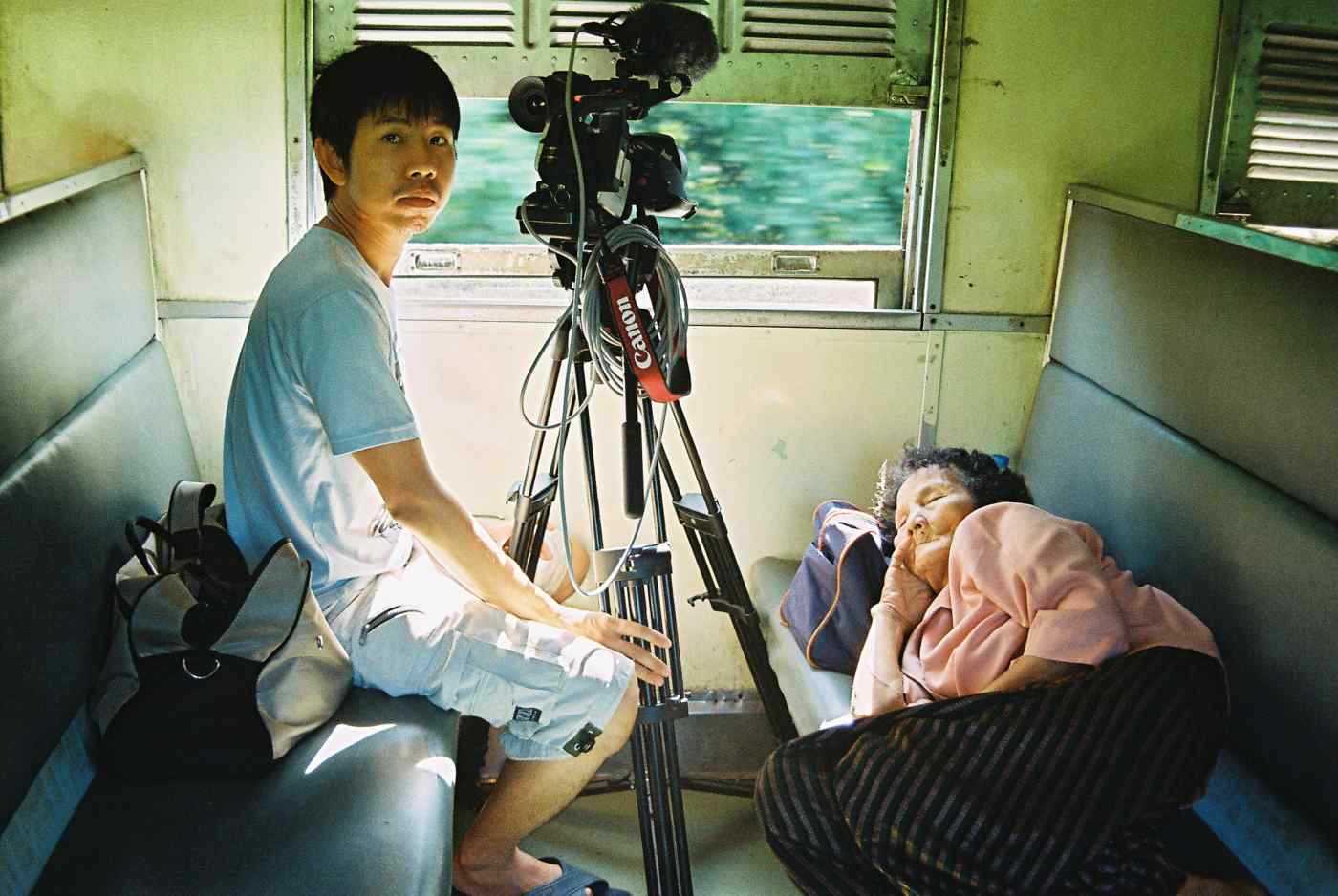 BANGKOK -- One of Asia's longest and most unusual train trips began on the subways of Los Angeles, where Sompot Chidgasornpongse was attending the prestigious California Institute of the Arts film school. "I had no car and always had to take trains," said Sompot. "Seeing some Mexican children asking questions of their parents reminded me of when I rode the trains when I was young." 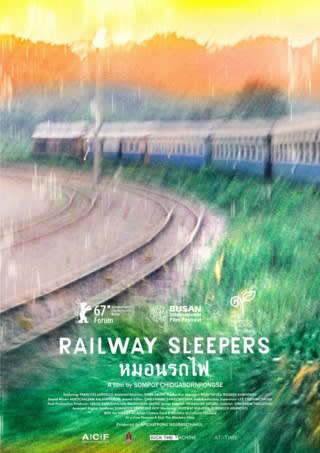 The result was more than six years of filming on Thailand's slow and largely neglected rail system, capturing a symbolic journey from the far north to the far south of the country. "Railway Sleepers," Sompot's classic documentary, was the surprising first effort of this long-time assistant director to Apichatpong Weerasetakhul, Thailand's most acclaimed, artsy and surreal storyteller.

With Thailand ruled by a military-led regime, its film industry subject to the whims of censorship boards, and sources of local funding scarce, this would hardly seem the time for budding filmmakers to embrace unblinking studies of reality. "Distributors and audiences have not seen the full potential of documentary," said Thida Phitpholkarnpim, founder of a groundbreaking new organization for filmmakers, the Documentary Club. "And Thai society is fully controlled by censorship, by the government and by individuals, obstructing creativity."

Yet Sompot's whimsical look at life in moving carriages is one of several documentaries released by Thailand's "Generation Doc" over the past year that have found international audiences and even, in some cases, showings in commercial Thai cinemas. Their success, assisted in part by video technology and promotion via social networks, suggests that documentaries are coming into their own as part of a growing catalogue of works aimed at capturing Asia's quirky corners and rapid transformations.

"#BKKY," for instance, drew on unrehearsed interviews with 100 young people to attract a smartphone audience to the possibilities of non-fiction film. Its director, Nontawat Numbenchapol, a 34-year-old who was rejected by film schools but taught himself by editing his friends' skateboarding footage, said the seemingly innocent project, which interspersed the talking heads of aspiring collegians with dramatized vignettes, was a statement on the lost potential of Thai youth. A young gay couple in "#BKKY" (Courtesy of filmmaker)

"All I had growing up was my teacher and television, while this generation has the internet to open them to a world of possibilities. Yet it seems that their minds and their dreams are controlled by parental wishes, that they are still caught up in the old power structures."

Nontawat is no stranger to bold social criticism. His film "Boundary," about tensions and migration between Thailand and Cambodia, was initially banned by the Thai Ministry of Culture under the regime of former Prime Minister Yingluck Shinawatra, who was ousted by the courts and replaced by the military in 2014. "But 2,000 postings on my Facebook got their attention," the filmmaker said.

"In the end, I only had to mute around five seconds in which there was mention of royalty -- which was not at all central to the movie." His second work, "By the River," dealt with an even more sensitive matter -- tribal peoples harmed by contaminated water.

"Of course," said Sompot, "any film presents political problems. For instance, I couldn't show officials or officers drinking in the club cars as there have been controversial cases involving rapes on trains. What I could do was to show some beautiful moments within conditions of hardship and lack of progress."

He also draws on the grandiose history of the railway's first days under British and French supervision, and uses lengthy static shots of intense contemplation to let viewers come to their own conclusions. "A train is always on the move -- but are the destinations not sometimes imaginary?" he said, articulating his documentary's central metaphor. "A train, after all, is just like a country -- rich and poor, first class or third class, arrive on time or are late together."

"Phantom of Illumination," perhaps the most oblique and polished of the recent documentaries, tells the seemingly intimate tale of a tireless projectionist during the closing days of the last stand-alone movie palace in the Bangkok area. Yet its young creator, Wattanapume Laisuwanchi, 29, said he had larger intentions than a nostalgic tribute to cinema. "I wanted to point out that so many of our old buildings, old culture, is being torn down, and to preserve this one piece of the past through my film before it disappeared," he explained. 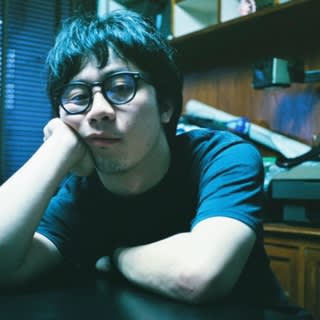 "In addition, while I was drawn to this subject because of his embrace of Buddhist philosophy, the projectionist's plight mirrored that of so many Issan (northeastern) people. Relocating to Bangkok for survival, he spent 25 years mastering how to show movies with old-fashioned equipment. Yet he was thrown out of work, left unemployed and without purpose, in a single day."

Wattanapume said he is now planning a film about Thailand's education system -- researching to find the right subjects and "the right space to narrate without directly attacking" what he sees as the excessive nationalism and paternalism being taught in schools. Wattanapume still works full-time as a graphic designer, to raise funds for his projects, inspired by renowned documentary makes such as American gadfly Michael Moore.

Yet, he insisted, "It's still easier to work without script and improvise. Feature films are too expensive. And I think students now are attracted to documentaries as an easier first step to reflect Thailand's situation."

More young people are seeing these reflections thanks to the efforts of "alternative" venues that have survived the spread of multiscreen theaters. These include the venerable House RCA and the new Bangkok Screening Room in Soi Sala Daeng, a central Bangkok neighborhood, which is billed as a 52-seat "hub" for independent film.

These venues have been supported and augmented by the emergence of the Documentary Club, founded two years ago, which serves as a distributor and presenter through the newly established Doc Club Theater, located at Warehouse 30, a hip -- and still-evolving -- Bangkok riverfront redevelopment.

"I believe documentaries are the most powerful tool for Thai people to understand all the issues in this world," said Thida, adding that she had been encouraged in part by "film schools that are now teaching documentary, [and] a younger generation who watch documentary seriously -- gradually forgetting the conventional kinds of documentary broadcast on TV."

Risking further danger out in the field, Nontawat has begun shooting along another fraught border -- showing a conflict between ethnic minorities and the Myanmar military along the country's buffer zone with Thailand, and following some of those staying illegally in Chiang Mai, a city in northern Thailand. The subject seems a far cry from the angst of spoiled urbanites on display in "#BKKY," in which the main crisis in life is getting into a high-status university or company.

"This time, I have to be careful my subjects don't get in trouble," Nontawat admitted. "And so long as you want to have screenings in Thailand, you have to make sure the meanings are indirect."

The trend of the last year suggests that such screenings are likely to multiply in the future. The young documentary-makers say they are undeterred by official disapproval. "We won't simply stop making films because there is a coup, or who is in government," said Sompot. "In a sense, this only drives us to say more. But at the same time, we are forced to ask: what is the best way to say it?"