'The Disciple' triumphs despite pandemic 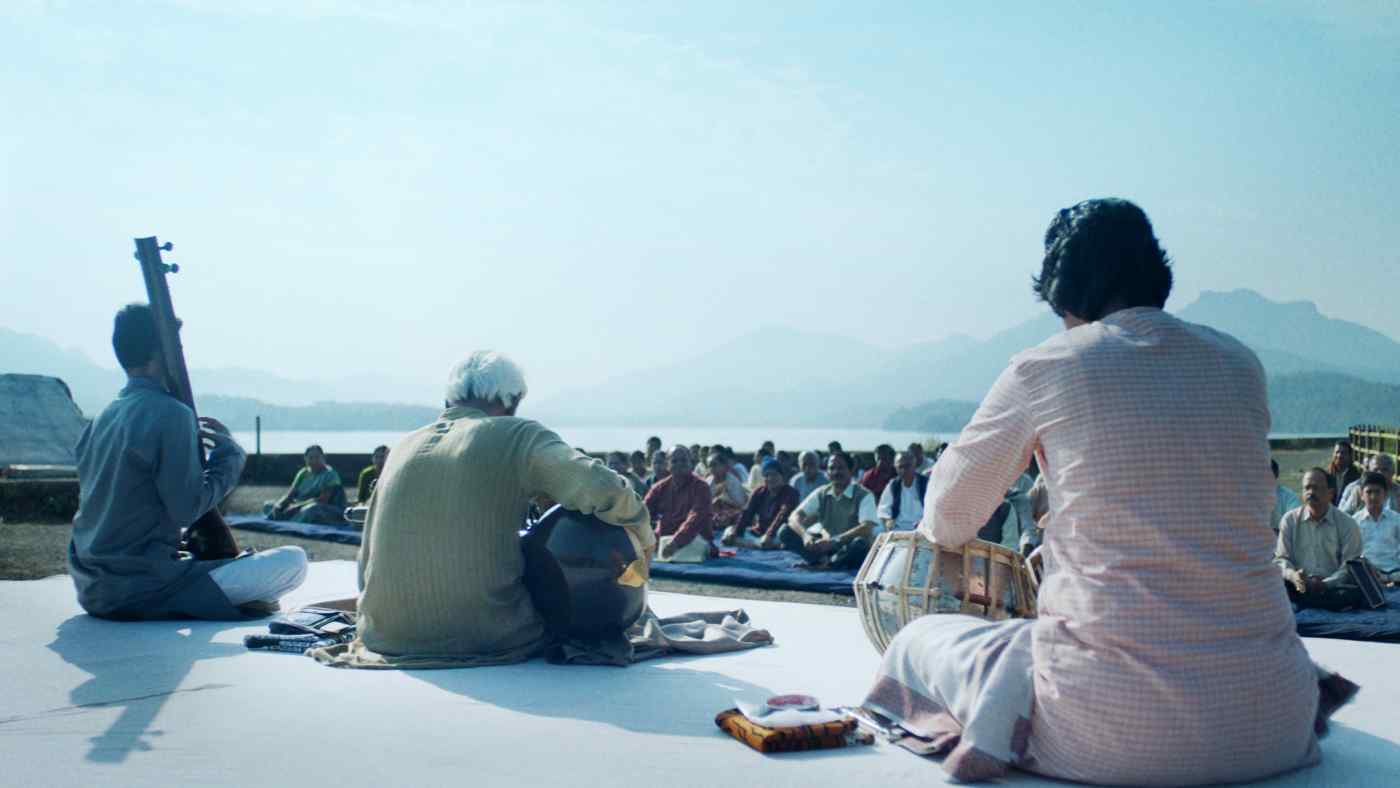 A still from "The Disciple," which this year became the first cinematic work from India selected for the main competition at the Venice Film Festival since 2006. The movie won the award for best screenplay at the festival. (Courtesy of Zoo Entertainment)
JOHN KRICH, Contributing writerNovember 9, 2020 08:00 JST | India
CopyCopied

MUMBAI -- It is hard to believe, but movie theaters are closed all over India -- the country that produces more films than any other. Thanks to the pluck and integrity of two relative newcomers, though, a landmark in Indian cinema has been achieved in the midst of the COVID-19 pandemic.

In June, "The Disciple" (2020) became the first cinematic work from India selected for the main competition at the Venice Film Festival since 2006 -- which is a shocking statistic, considering the massive output of outstanding works in various Indian languages. Although failing to win the top award, the Golden Lion, it was named Best Screenplay and garnered the highly prestigious FIPRESCI Award bestowed by The International Federation of Film Critics. It subsequently played at the New York Film Festival (Sept. 17 to Oct. 11), which has not featured an Indian film since 1996. Now industry buzz suggests it's a front-runner for the U.S. Academy Awards' Best International Feature Film category.

"The Disciple" is no exotic novelty, but a bona fide classic whose structure, dialogue and photography never miss a beat -- an apt metaphor as the main subject is the world of Indian classical music. Through an aspiring devotee played with subtly expressed inner tension by the real-life singer Aditya Modak, the behind-the-scene stresses of carrying on a 5,000-year-old artistic tradition in a modernizing nation are captured with a sure hand and great sensitivity by a rising wunderkind of Indian independent films, the 32-year-old director Chaitanya Tamhane.

Having grown up in Mumbai, Tamhane says his life was changed by DVD rental shops, which introduced him to the possibilities of cinema beyond Bollywood musical extravaganzas. Seeing the Brazilian film "City of God" (2002) "blew my mind and showed me a whole different world," says Tamhane.

At 25, he was working on his first feature, "The Court" (2014), a legal drama highly critical of Indian justice in its portrayal of the trial of a folk singer accused of causing a sewage worker's suicide. "The Court" won local awards and was nominated to represent India in the Oscars' foreign language category, while having modest box office success. "A month's release in Delhi, a month in Mumbai -- nothing compared to the Bollywood stuff," says Vivek Gomber, the film's producer and main star, the son of a banker in Singapore who returned to India 16 years ago to pursue an acting career. 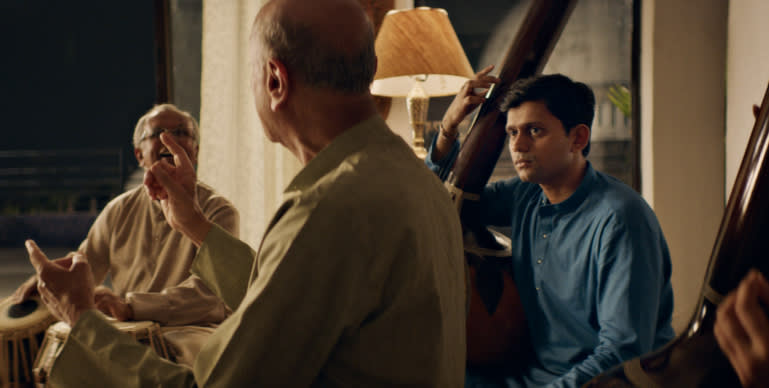 Top: Director Chaitanya Tamhane, left, and actor Aditya Modak pose at the screening of "The Disciple" at the 77th Venice Film Festival on Sept. 4. (Reuters) Bottom: A still from the movie. (Courtesy of Zoo Entertainment)

Gomber says he saw "no way to audition for a part" in "The Disciple," but served as producer again, and was honored, he says, to "be in the room and pull things together for Chaitanya." He also joined the director in helping to finance the film, which began as little more than an obsession with a subject that Tamhane had previously known little about. It took more than four years for the project to be completed, with editing completed ("with great luck," says Gomber), just before the virus outbreak.

There is nothing low-budget about the look of the film, which features long, sumptuous shots of concerts and archetypal Indian home interiors, as well as the recurring, haunting image of the film's antihero riding his motorcycle through grubbily characterless late-night streets while listening to taped lectures urging him to greater ascetic and spiritual heights.

The opening premise seems to hint at a crisis of commitment for the aspiring singer, leading either to a predictable crackup or an equally synthetic overcoming of obstacles to reach fame and glory. But the film's young auteur is clearly as much anti-Hollywood as anti-Bollywood, and shows his maturity by taking the plot in an unexpected direction. "I love to play with expectations and respect the intelligence of audiences," Tamhane explains. "While set within a very specific context, there's no dumbing down, and the slow fading of a dream is shown in a nuanced way, all in gray rather than absolutes, the way life is." 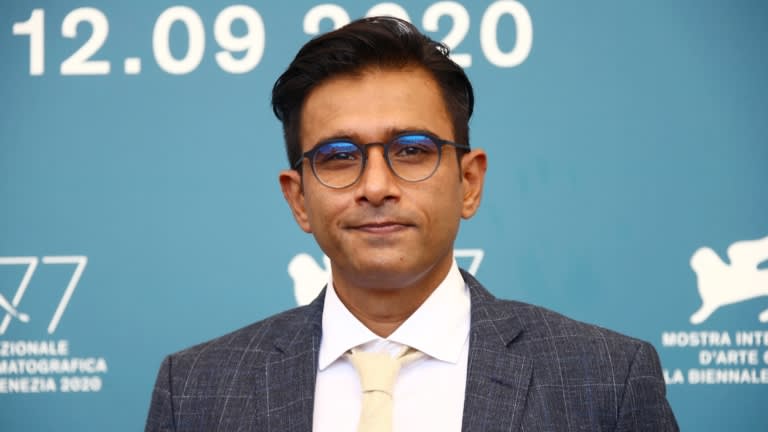 Vivek Gomber, who starred in Tamhane's 2014 film "The Court," joined "The Disciple" not as an actor but as a producer. (Courtesy of Joel Ryan/Zoo Entertainment 2020)

So the misunderstandings that impact relationships between teacher and student, father and son are not sugarcoated. Nor does Tamhane turn his story into a simplistic diatribe against the impact of what he terms "the McDonaldization of culture." Though he inserts images of sexy billboards and the growing competition for YouTube subscribers, and contrasts the instant fame of a hit TV show's amateur singing sensation with the lead character's grinding obscurity, Tamhane insists that, "In some ways, the internet has made traditional music more available and popular than ever. Music, like everything, isn't static. It always evolves."

This is also a film about music that gives ample screen time to pure performance, and moves at the magisterial pace of a morning raga (a melodic framework for improvisation in Indian classical music). "It would have been jarring to pace the film any other way," Tamhane says. He also admits to learning much about technique from the worldwide Rolex Mentor and Protege Arts Initiative, which allowed him to work with the acclaimed Mexican director Alfonso Cuaron during the shooting of "Roma" (2018). "I was 100% changed, philosophically and aesthetically," Tamhane says of the experience. Cuaron was sufficiently impressed with Tamhane to put his name on "The Disciple" as an executive producer.

Whether that helped to catch the attention of film festival juries will never be known. But as a window into Indian values, and an expression of universal themes such as loneliness, intellectual compromise and falling short in life, "The Disciple" is sure to stand on its own, now and for decades. Though it may be months before Indian moviegoers are able cast their verdict, the irony is that a story told to make sure, in its creator's words, that "this is no fairy tale" has come to a real-life happy ending.

"It's been such a strange year for everyone," says Gomber. "At the start, we would never have imagined fulfilling our lifelong dream of being shown in Venice, [at] the oldest film festival. It's all been such a blessing and such an important moment that we hope will encourage others in Indian independent cinema."

Sounding much like the backup tanpura drone players in the film, "It was especially tricky in this time to wait for a response. But one can never be impatient. And one must always work with a lot of love."