Censorship is unavoidable in what remains rigidly conservative country HO CHI MINH CITY -- After taking home a special jury prize at Germany's Berlinale in May for "Taste," a film about a Nigerian footballer living in Vietnam, director Le Bao expected -- at the very least -- a warm welcome back in his home country.

Instead, Vietnamese authorities slapped him with an officious fine -- ostensibly for lack of a screening permit -- and there are currently no plans to release the film at all inside the country.

Last year, Tran Thanh Huy's "Rom," which explores crime and violence, suffered a strikingly similar fate, winning the top prize at Korea's Busan International Film Festival and then being fined almost immediately, as well as being forced to submit to major cuts from the film stipulated by the censor. At least the film was released locally.

"The film took me eight years to make, it was the hardest thing I've ever done," Tran told Nikkei Asia. "So it was entirely regrettable; I personally object to censorship in all its form, but it's unavoidable in Vietnam, so there was nothing we could do."

Film censorship isn't new to Vietnam, but despite eased restrictions over the past decade from neighboring countries including Thailand, Indonesia and the Philippines, Hanoi has hardly budged in its conservative approach to populist art. Of late, its cinema restrictions have started making global headlines, as censors face off against a new wave of independent Viet filmmakers.

These young directors owe more to the New Hollywood brats of the early 1970s, than they do local predecessors. Born long after the war, and often raised in the West, their film education was culled from uncensored bootleg DVDs. 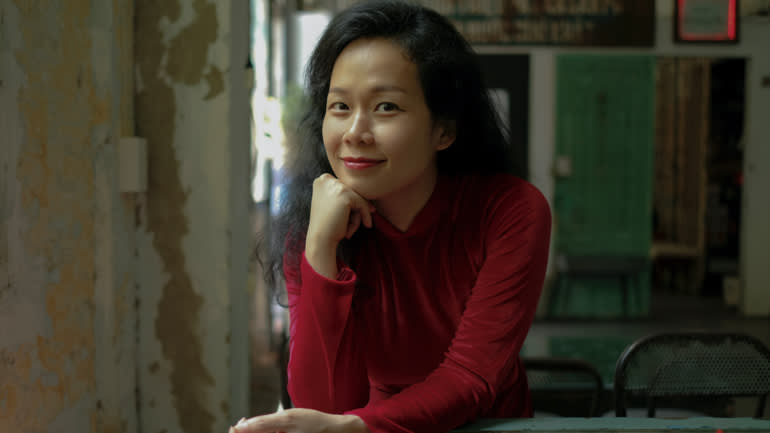 Channeling ambitious influences into inspiring personal stories, their films contrasted with the wider spectrum of social issues facing contemporary Vietnam including outdated traditions, wealth inequality, gender and sexuality politics, as well as other controversial subjects being watched by the government.

"When the U.S. embargo lifted in 1994, it economically helped Vietnam, but it also brought in music, fashion, film -- suddenly, there was so much more we could embrace," said filmmaker Ash Mayfair, who's 2018 "The Third Wife" was nominated for three Independent Spirit Awards before running afoul of local authorities. "It's a very hopeful stage right now, and it's inspiring for all of us to see young people with very little means trying to find ways to tell a story."

"Rom," in particular, has become something of a symbol among Vietnam's younger generation for its sheer grit and perseverance.

Eight years in the making -- it was shot piecemeal when funds were available -- the film follows debt-ridden laborers struggling in Ho Chi Minh City's slums. Despite being forced to cut scenes showing how rapid mass development is displacing the city's poor, it still raked in 580 billion Vietnamese dong ($2.5m) at the box-office last year -- a rare case of an independent movie catching on with audiences, even in bowdlerized form.

"I want to make films that tell the truth, that capture the energy of Vietnam and the people who work for the country," said Tran. "Even though we were forced to censor the Vietnam version, we still retained that energy. And I think that's the reason local audiences reacted so well and it was a box-office success."

Not every film is as financially fortunate as Rom, and one of the biggest challenges these fresh filmmakers face is attracting investors: Vietnam's few major studios only ever back safe box-office bets -- comedies, horror, family-friendly staples -- and the government's own financing initiatives focus mostly on propaganda films. Those working outside the system are left to their own devices, seeking resources abroad or financing on their own dime.

"The challenging part is, if you want to make a decent Vietnamese film, you can't count on the local audience. You have to have this mentality that, I'm telling stories for the world to see," said filmmaker Charlie Nguyen. "You find yourself in a corner with not a lot of support. Producers are too scared to greenlight projects, so you're on your own. It takes a lot of commitment and dedication to persevere -- and there's not a lot of people can do that." Top: Filmmaker Tran Thanh Huy on the set of "Rom." The film won the top prize at the Busan International Film Festival, but was fined and faced censorship back home. Bottom: Production of "Rom," was shot piecemeal whenever funds were available. "The film took me eight years to make, it was the hardest thing I've ever done," said director Tran Thanh Huy.

Nguyen was instrumental in "Rom"'s production journey, mentoring Huy and assisting with distribution -- largely because he'd been there before. Often called the godfather of Vietnam contemporary cinema, his 2007 independent martial arts debut, "The Rebel," was appropriately titled, opening the floodgates and propagating a real Viet film scene. "There was no distribution here, no multiplexes, the entire country had maybe 20 screens," Nguyen said.

In 2013, Nguyen dominated headlines again, when his Chinatown gangster film "Cho Lon" was infamously banned by the government. In the media circus surrounding the film's imminent release, decisions were made based in response to the controversy, not the film's actual content.

The film was never officially released, but the media storm it generated is still cited as a perilous example of bureaucratic interference that was repeated half a decade later with the release of Mayfair's "The Third Wife." Based on her great-grandmother's own experiences and set in the rural 19th-century, the film follows a teen bride entering a polygamous marriage with a wealthy landowner.

After winning accolades around the world, "The Third Wife" was even approved in full by the local censors. But when local media questioned the underage lead's sex scenes, the censors came sniffing again and the filmmaker decided to avoid all issues by pulling the film from Vietnam's cinemas, just four days after its release.

"They asked us to reveal the entire process completely, and God knows what that means, because it can be indefinitely delayed," said Mayfair. "The system is completely arbitrary, there are no specific guidelines -- so it becomes a delicate balance between what we want to see about the Vietnamese society and the restrictions we're facing as storytellers," she said.

Balance might be the key to survival among this indefinite system, as filmmaker Leon Le attested with his debut, 2018's "Song Lang." A 1980s era queer romance between a debt collector and a Vietnamese opera singer, Le admits to self-censoring the script to subtly tone down any possible political hitches. 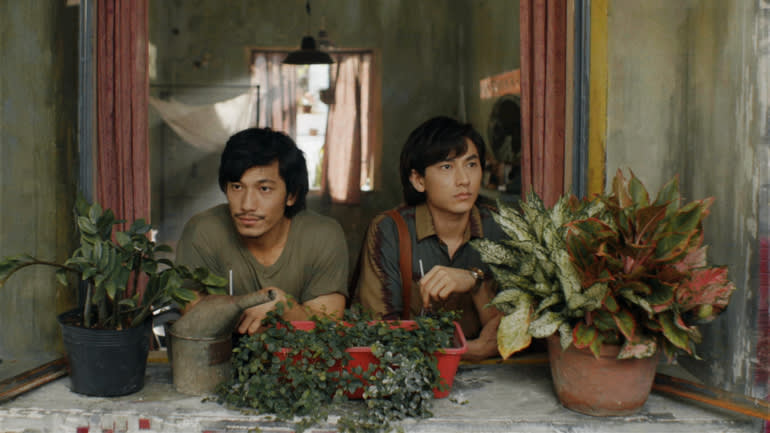 Top: Filmmaker Charlie Nguyen is renowned as the 'godfather of Vietnam cinema', breaking boundaries with his 2007 debut "The Rebel" and instrumental in the production of recent indie darling "Rom." Bottom: Filmmaker Leon Le's 2018 film "Song Lang" is a 1980s-era queer romance. Le self-censored his own script to tone down any possible hitches.

"The problem is, you can't separate Vietnam and politics. How can you tell any kind of story about Vietnam where the political circumstances don't affect the people's lives? It's wove into the fabric," said Le. "To tell those stories to get the approval you need, you need to have good government relations. If not, what's the point of working all those years if it's never going to see the light of day?"

Despite critical acclaim and dozens of international awards, the film didn't do particularly well with Vietnamese audiences -- and everyone agrees that until independent filmmakers are given a clear indication of what can and can't be shown on Vietnamese screens, it seems unlikely that "Rom"'s rags-to-riches success will be repeated anytime soon.

But make no mistake, none of the current generation are shying away from provocative stories.

Thuy's follow-up to "Rom" is about the 2019 UK lorry deaths in which 39 Vietnamese refugees died, Mayfair is currently funding a transgender romance, and Le has written a script on a Vietnam-Central Africa political relations film set in the 1970s. Nguyen, meanwhile, is mentoring again, with an upcoming online investment platform where audiences can help fund independent films.

A portent of how things are evolving can be seen in Le Bao's "Taste." The director wouldn't talk to us for this article, but filmmaker friends say he's not planning to release the film in Vietnam at all. It is protests like that which might be true harbingers of change.