In times of economic stress -- the Great Depression, the 2008 global financial crisis -- the idea is that spending on small, escapist luxuries like cinemagoing, rises. This year is different.

Unsure how to gather audiences, festival after exhibition after concert have been felled by the coronavirus outbreak, from the Venice Biennales -- postponed to 2021 and 2022 -- to the Cannes Film Festival, which was held purely online.

Against the odds, the Tokyo International Film Festival will open on Saturday, with over 100 films scheduled across four locations. "We wanted to allow people to see films on a big screen, with good sound," festival chairman Hiroyuki Ando told Nikkei Asia. "We want to bring people to see films together."

A few coincidences have made this possible. Spared the stricter lockdowns that have shutdown cities elsewhere, Tokyo's entertainment landscape is stirring back to life. The government has even allowed movie theaters to open to 100% capacity -- unthinkable in the world's film capital Los Angeles, where COVID-19 cases have soared to around 300,000, or in South Asia's Bollywood capital, Mumbai.

And as festivals abroad have been postponed or canceled, submissions have swelled for Tokyo -- with the event receiving the pick of this year's cinema, including 25 world premieres and 11 first directorial features. Takumi Kitamura, Mirai Moriyama and Ryo Katsuji, on the set of the "Underdog," directed by Masaharu Take.   © 2020 UNDERDOG FILM PARTNERS

Another filmmaker to watch is Koji Fukada, whose suspenseful "The Real Thing" placed among 2020's Cannes Official Selection, and has drawn speculation as Japan's pick for best foreign film nomination at the next year's Academy Awards. 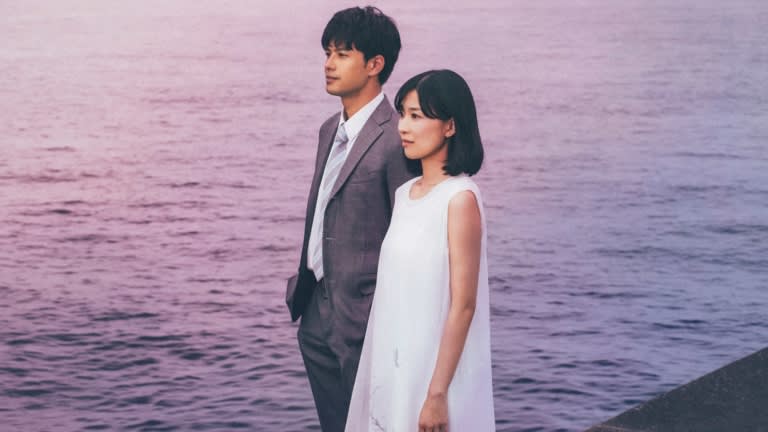 Win Morisaki and Kaho Tsuchimura star in Koji Fukada's "The Real Thing," the story of a stationery company employee and a woman whose life he saves in a car accident.   © Mochiru Hoshisato, Shogakukan/NagoyaTV

In a tale with strains of contemporary noir, mediocrity-plagued young man Kazumichi Tsuji, played by Win Morisaki, an employee of a midsize stationery company, encounters a woman whose life he saves in a car accident. She lies to the police and lays the blame for the accident on Tsuji. Rather than leaving the event in his past, though, Tsuji becomes entangled with the woman, who steadily introduces chaos into his otherwise placid life.

Other high-profile international films include "Portrait of a Lady on Fire" from France, and "Nomadland" from the U.S. Festival organizers noted a strong showing of powerful films that deal with immigration, including the multinational "The Man Who Sold His Skin," "The Bike Thief" from the U.K., and several entries showing female perspectives on life, among them "The Old Town Girls" from China, and Japan's "Eternally Younger Than Those Idiots." TIFF organizers began strategizing on whether the festival should go ahead as early as March, said Ando. Without the crowds that should have been lingering in Tokyo following the now delayed 2020 Olympics, a final decision not taken until August.

Staff members will have their temperatures taken every day, wearing a wristband as proof of a temperature below 37.5 degrees; audience members will be asked to leave seats between them vacant if possible at certain theaters; doorknobs and handles will be constantly disinfected. The venues will use air conditioners that bring in air from the outside rather than recirculating indoor air.

The festival runs at various locations in Tokyo through Nov. 9.