From Chinese sci-fi to Tibetan short stories, we have something for everyone NEW YORK -- At a time when very little feels normal, I find that reading is a more essential escape than ever -- the ability to inhabit someone else's mind for a few hours can be the best antidote to the alarming headlines.

I'm sure books about the pandemic will start appearing before too long, but for now every book is a time machine to a better, or at least different, past. This list offers books in a variety of genres and lengths -- short for when you just can't concentrate, longer when you need serious distraction -- representing languages and territories across East Asia. I hope you find the one you need. One of China's most exciting science fiction writers, Hao Jingfang tells a story of two places literally worlds apart: capitalist Earth and socialist Mars. A group of young Martians are sent to spend their teenage years on Earth and end up belonging to neither place -- the vagabonds of the title.

Questioning the absolutist terms with which each planet views the other, they try to find a way to live that takes into account the complexity of human existence, beyond ideology. An ambitious novel full of ideas that asks how and why humanity organizes itself the way it does. Editor Tenzin Dickie -- an accomplished translator herself -- has assembled a selection of short stories from some of the finest Tibetan writers today, some translated, others written in English. These vignettes feel fresh and vividly drawn, and it is thrilling to see these authors navigate the fraught and fragmented landscape of their culture.

"We grew up orphaned from our literature," writes Dickie in her introduction. "We were missing the point of departure, the runway from which to lift off." This collection provides a very convincing argument that a new movement in modern Tibetan literature is ready to take flight. 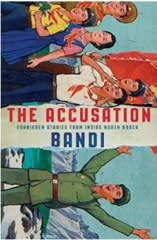 If you've spent lockdown bingeing the fantasy North Korea of "Crash Landing on You" -- a frothy romcom about a South Korean heiress stranded on the wrong side of the 38th parallel after a freak paragliding accident -- here's a sobering taste of the real thing.

Smuggled out of the country by a defecting relative, Bandi's stories introduce us to the individuals leading lives of quiet desperation in the hermit kingdom, with their small triumphs and the restrictions they chafe under. Deborah Smith's sure-footed translation finds a vocabulary that conveys the enormity of their plight without ever tipping over into sentimentality. In this gentle, episodic novel populated by amiable misfits, Hitomi, who works at a thrift shop, begins an awkward relationship with her emotionally withdrawn co-worker Takeo. Meanwhile, owner Mr. Nakano and his sister Masayo, both flamboyant eccentrics, carry out love affairs of their own.

These lost souls feel excluded from but not damaged by the world, and Kawakami's narration draws us into their disaffected lives, observing them with such empathy that even mundane details become engrossing. Like the shop itself, this book feels like a resting place, a respite for those who don't quite fit into modern society. 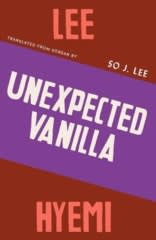 South Korean poet Lee Hyemi is a keen scuba diver, which is perhaps where the liquid quality to her work comes from -- in many of these poems, we sink to the depths or linger on the water's surface, and moisture seeps from porous bodies. The desire she expresses is just as fluid, complex and beyond categorization.

Beautifully rendered by So J. Lee, there is a tenderness to Lee Hyemi's writing that feels both vulnerable and dangerous. The title poem speaks of "a special appetite for impermanent things," and indeed this entire collection feels evanescent, a devotion to the fragile and ephemeral. 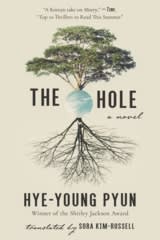 Oghi wakes up from a coma, completely paralyzed, after a car accident that killed his wife. His only surviving family member, his mother-in-law, takes him home and cares for him. At first this is merely awkward, but soon it begins to seem that something more sinister is going on -- and why is she digging a giant hole in the garden?

This gothic horror story leavens the relentless claustrophobia of its atmosphere with pitch black humor, and even as the walls close in on Oghi, Hye-young Pyun leaves our sympathies finely balanced as to whether he deserves his inevitable fate.

These surreal stories from Hong Kong have sharp fangs beneath their playful exterior, from a man who's so good at supporting people that he becomes a human chair to a woman whose mouth keeps filling up with surplus teeth.

Andrea Lingenfelter's translation makes nimble work of Hon Lai-Chu's inventive wordplay and deadpan prose, guiding us steadily through unsettling scenarios. The final story is set during an epidemic that feels like a grim inversion of our present moment -- the virus in this case is spread through solitude. And the cure that its victims are prescribed? Human contact. This is a powerful collection of poems written both before and during Liu Xia's long period of house arrest. Many are addressed to her husband, the late Nobel laureate Liu Xiaobo, and simmer with anger and despair -- necessary emotions, given the injustice of their situation, and ones she does not shy away from. "A life without pain/ is an unpicked/ fruit: it rots," she writes.

Ming Di and Jennifer Stern's translation preserves the taut economy of the original -- a difficult feat, given the compactness of the Chinese language -- and captures the rigorous register of Liu's voice.

9. "Stories of the Sahara" by Sanmao (translator: Mike Fu) In the early 1970s, the globe-trotting Taiwanese author Sanmao moved to the Sahara, just because she could. This free-spirited memoir -- astonishingly only now getting translated into English -- documents her life in the desert with her husband Jose, pushing hard against conformity of any kind and getting to know the local way of life.

There is a swashbuckling quality to these episodes -- at one point, Jose falls into quicksand, and she has to rescue him by ripping her dress into a rope -- though the darker currents of the region are mentioned too, and our knowledge that Sanmao and her husband would both die young casts a layer of poignancy over their adventures. 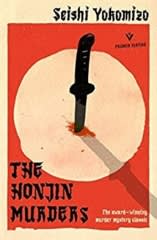 At a time when many of us are stuck indoors, what better diversion than a classic locked-room mystery? Yokomizo's charming sleuth Kosuke Kindaichi is so aware of his antecedents that he references other well-known fictional detectives as he ingeniously solves the murder of a bride and groom on their wedding night in a sealed building, casually dissecting 1930s Japanese society as he proceeds.

Macabre as they may be, golden-age mysteries have a reputation for coziness -- it is soothing to see the chaos of murder being unraveled and order being restored to the world.