From Indian mysteries to Nepalese histories, we have the perfect selection 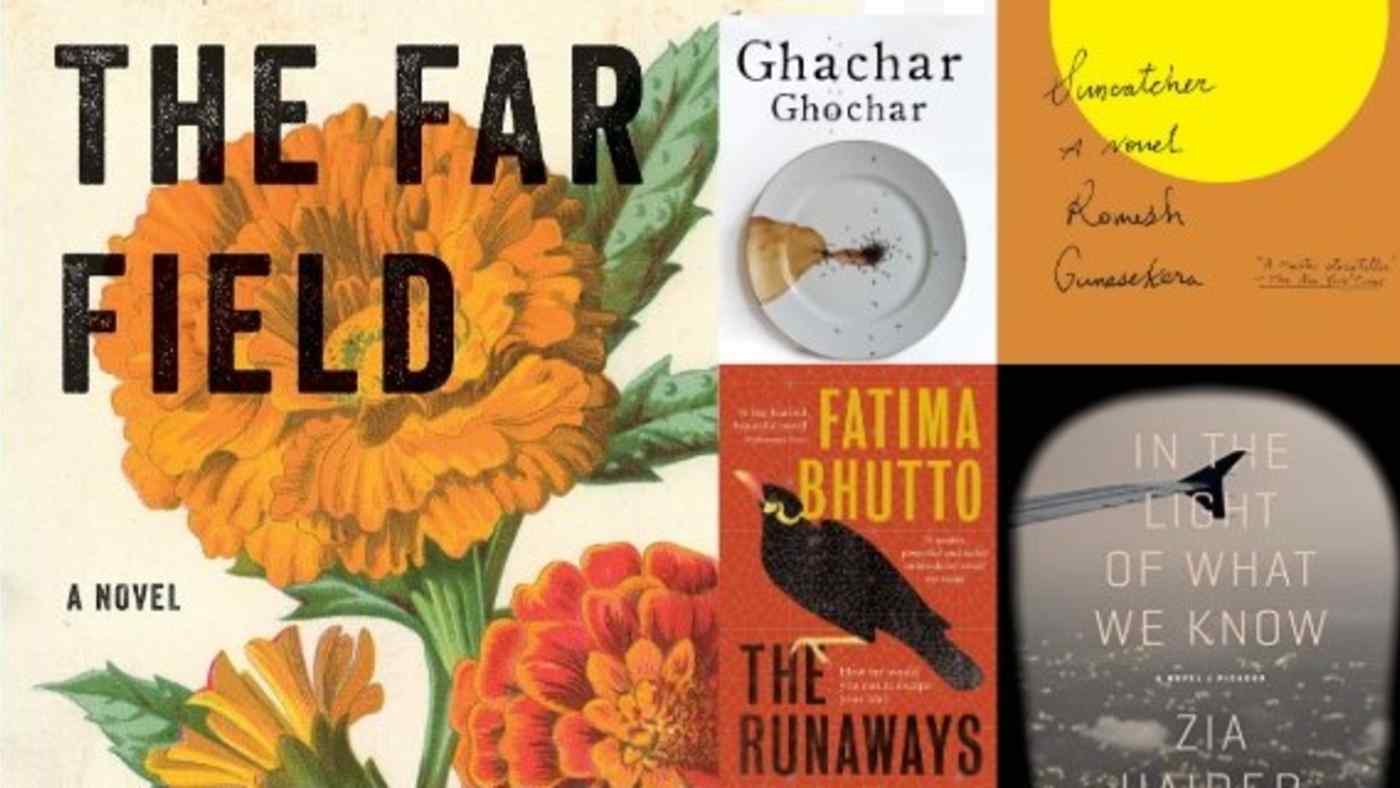 NEW DELHI -- Life during the pandemic does strange things to time -- sometimes the demands of balancing family and work seem to suck up all the hours in the day, while at other points time feels elastic, surprisingly fluid. Reading is a consolation, but many of us are reading differently in the corona age, reaching for books and subjects that we might not have explored fully before.

South Asia is rich territory for readers and, for this list, I gravitated toward more recent fiction by relatively new writers instead of the old, familiar classics, and toward unusual travelogues and histories. From a woman who explores Kabul on foot to the friendship between two boys in prewar Sri Lanka, from compact family sagas to a writer who travels around Nepal in search of democracy, these 10 books of fiction and nonfiction range far and wide.

Many of my favorite big, fat novels, or books on art, wildlife, the East India Company or Asian billionaires, had to be left out, but perhaps this small list offers a starting point and an introduction to the many new and exciting voices from across the region.

1. "The Far Field" by Madhuri Vijay The disappearance of a Kashmiri shawl-seller prompts Shalini, a young woman in her 30s, to go to his remote village to try and find him and to better understand his relationship with her fiery, troubled mother. Madhuri Vijay's debut novel sets an innocent down in Kashmir, a state under constant siege, bristling with barbed wire, soldiers and disappearances.

"Titanic events have ripped [this country] apart year after year, each time rearranging it along slightly different seams and I have been touched by none of it," her protagonist says wryly. A mesmerizing, complex story by a formidable new talent.

"One of the first things I was told when I arrived in Kabul was never to walk." Taran Khan chose not to heed that advice, and through her long, sometimes apprehensive walks around a place more often written about as a theater of war, she creates a meditative and arresting portrait of a city encircled by mountains, some of its walls pockmarked by bullets.

Women wanderers are rare, and one who interviews the city's young and old, retrieving memories of Kabul's 3,000-year-old past, its lost cosmopolitanism, is a treasure.

3. "The Runaways" by Fatima Bhutto 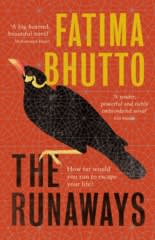 From Karachi in Pakistan and Portsmouth in the U.K. to the front lines of war and terrorism in Syria and Iraq, Bhutto's three young protagonists are transformed by the swirl of politics around them. Anita grows up in Machar Colony, rising from the poverty of Karachi's largest slum to capture a wealthy lover, Monty; Sunny grows up in relative comfort in Portsmouth, but struggles with never belonging.

Bhutto, from one of Pakistan's most prominent political clans, writes about the lure of radicalism with sympathy, even as her protagonists' dreams crash into reality. As one of her characters says, "That's the thing with betrayal -- it's always the people you love." "India's history is a curiously un-peopled place. As usually told it has dynasties, epochs, religions and castes -- but not that many individuals," Khilnani writes. This delightful and wide-ranging snapshot of one of the world's largest democracies through the lives of 50 influential figures might be a better introduction to India than most histories, and it is certainly entertaining lockdown reading.

Khilnani is a professor of politics, but his canvas includes 19th century tribal leaders, contemporary artists, fiery religious reformers, freedom fighters and Mughal emperors, punctuated by his own travels across India. 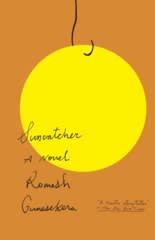 "I needed a guide, a hero, illumination; Jay, I now know, needed an acolyte." The friendship between two teenage boys, Kairo and Jay, forms the background to Romesh Gunesekera's seventh novel.

Set in Sri Lanka in the 1960s, it explores two kinds of danger -- the currents of violence in a country about to descend into the abyss of a bloody civil war, and the messiness of friendship as the boys test the limits of both charisma and loyalty. Friendships have a shadow side to them, and while "Suncatcher" is a swift read, it will take you back to the pleasures of youth -- and the risks of too much nostalgia, as childhood ends. 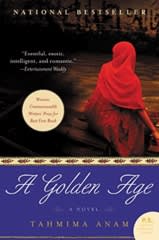 I lost our children today."

With that arresting opening, Tahmima Anam began the first volume of her trilogy about Bangladesh, where the country's separation from India is mirrored by Rehana Haque's separation from her children. "How can it be the greatest and the very worst thing we have ever done?" Rehana's son Sohail will ask about independence, much later in the novel.

With mesmerizing descriptions of Bengal's landscape, Anam sets off on a grittily beautiful exploration of the answer. In the remaining two parts of the trilogy, "The Good Muslim" and "The Bones of Grace," Anam takes the story of the Haques, and of Bangladesh, forward to the next generation. In the early 2000s, the novelist Manjushree Thapa traveled around Nepal, visiting small villages outside Kathmandu that had witnessed clashes between the Royal Nepal Army and the Maoist rebels. Those travels are mixed with an accessible, fascinating account of Nepal's history, from 200 years of scheming among royals and soaring deeds of political intrigue to the country's experiments with democracy and the 2001 massacre when 12 members of the royal family were assassinated at a reunion dinner.

8. "In The Light of What We Know" by Zia Haider Rahman This is a tense and bristling 550-page epic, tracing years of friendship and betrayal between an unnamed banker and a more rootless friend of his youth in Bangladesh.

Set against the backdrop of the 2008 financial crisis, Rahman tells his story of privilege and class skirmishes, of lies and subterfuge, in long monologues and endless zigzags, but effortlessly holds your attention.

If you are looking for another big, fat book, South Asia has much to offer, from Vikram Seth's 1,349-page novel "A Suitable Boy" to Suketu Mehta's nonfiction Bombay book "Maximum City."

9. "Djinn Patrol on the Purple Line" by Deepa Anappara "In our world we are doing daily battle with djinns and kidnappers and buffalo-killers and we don't know when we will vanish." The Djinn Patrol is a three-member group of friends, 9-year-old Jai, Pari and Faiz, who live in the most crowded part of an unnamed city and attempt to track down the disappearances of children from their slum, first as a game and then in earnest.

Anappara spent years as a journalist working on poverty and health in city slums, and her debut novel is a remarkable, unromanticized but warm portrait of their crowded, often treacherous streets. 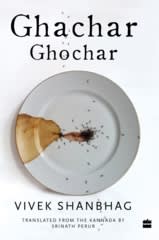 "Money had swept us up and flung us in the midst of a whirlwind." Some of the greatest writing from India is in languages other than English, though much of that never reaches readers outside the country. "Ghachar Ghochar," written in Kannada by a towering talent, the playwright and novelist Vivek Shanbhag, and translated by a fellow writer, Srinath Perur, is a modern classic about a family discovering wealth alongside cruelty.

The phrase "ghachar ghochar" means a mishmash, a tangle of knots, taken from one character's childhood memory of a knotted kite string, and in honed prose Shanbhag takes you deeper and deeper into the tangled heart of a family plunged into turmoil by its own good luck.