Different lifestyles and habits a smash hit with world audiences 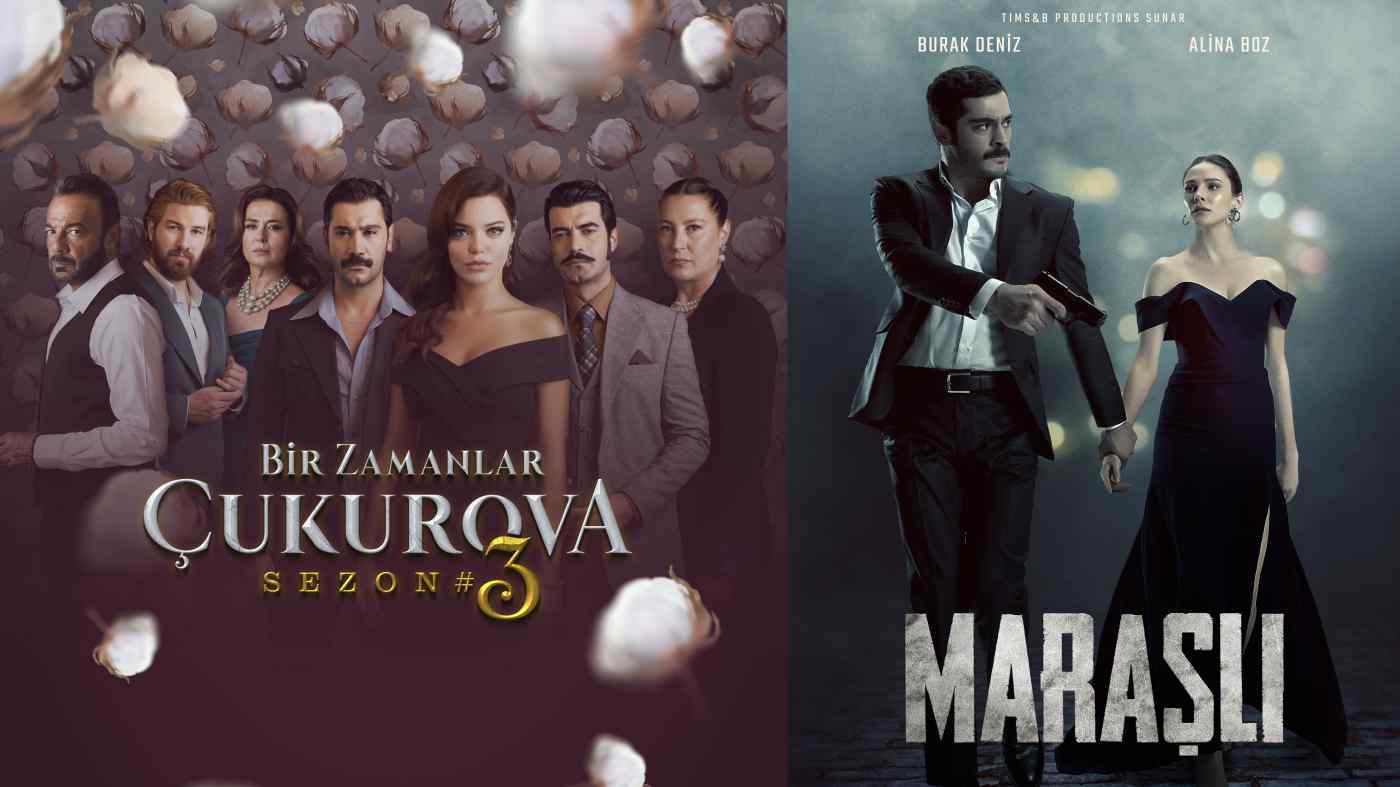 ISTANBUL -- Producer Timur Savci knows a good story when he sees one.

In 2009, Savci was sent by his mentor and collaborator, the late respected screenwriter Meral Okay, the draft for a script on a legendary Ottoman sultan. By the time he had finished reading it at 2 a.m., "I knew we had a project that had vast international potential even on paper," Savci told Nikkei Asia.

The rest is entertainment history. "Magnificent Century," the epic Turkish drama narrating the reign of Sultan Suleiman the Magnificent and featuring memorable characters like his beloved concubine-turned-wife Hurrem, has so far been viewed by 500 million people around the world and acted as the trailblazer for other dizi, which literally means "sequence" or "series" in Turkish but is also used to refer to the unique genre of Turkish drama.

Since then, these shows have been subtitled, dubbed, adapted or exported to more than 150 countries, including Japan, where "Magnificent Century" became the first dizi ever sold. Exports rose from a modest $100,000 in 2008 to $500 million in 2020, making Turkey the second-largest exporter of TV content, surpassed only by the U.S.

According to Eurodata, Turkish shows now comprise 25% of the imported shows around the world, and are expected to top $1 billion in global sales in 2023.

Savci, the founder and a partner of Tims&B, is behind other classic hits, including "Calikusu" ("Lovebird"), a 2013 literary adaptation of the story of an orphaned teacher from Anatolia, as well as "Bir Zamanlar Cukurova" ("Bitter Lands"), a "Dallas"-style family saga set in the 1970s that was shot in Savci's hometown of Adana in southern Turkey.

For him, common themes such as "[strong] women, family ... and authenticity" are embedded in the DNA of Turkish drama, with broad appeal to viewers across a range of cultures around the world. 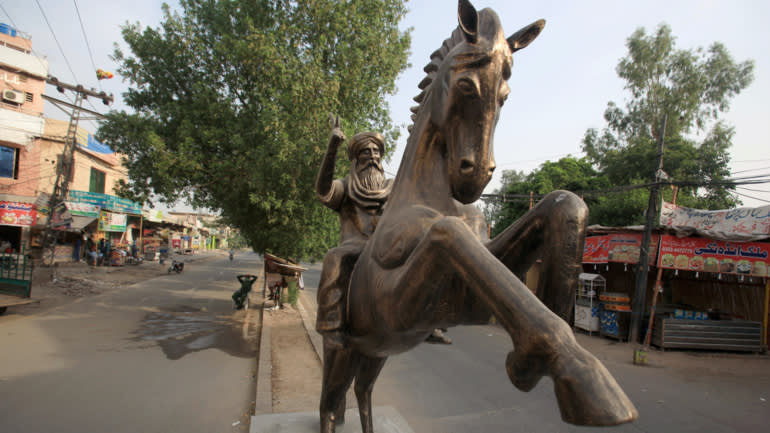 Top: A favorite of Turkish directors, Nazan Kesal plays Sevda Caglayan in the long-running series "Bitter Lands," a "Dallas"-style family saga set in the 1970s. Bottom: A statue erected in the Pakistani city of Lahore in honor of the Turkish drama "Resurrection: Ertugrul" -- widely known as the Muslim "Game of Thrones." (Photo by Mohsin Raza)   © Reuters

To many of the scriptwriters, producers, directors and actors who spoke to Nikkei Asia, the power of authenticity that Turkey's realistic, socially conscious and relatable middle-class dramas hold makes them a unique art form perfected over decades.

"Viewers adopt stories that blend a modern lifestyle that doesn't reject traditions," said Burak Sagyasar, Savci's business partner and the "B" in Tims&B and himself a former actor. "Our dramas have long been inspired by real stories and strong characters. These clues are modernized to develop new concepts, which is why the projects we realize have multiple axes and are fertile and long-lasting."

For Western and Eastern viewers alike, the slow-burning T-dramas are a window to a world many long for, especially Western women who connect with the romance and old-school passion that today's American dramas lack. Eastern audiences, on the other hand, like the fact that Turkish stories portray secular modernity, with relatively traditional values and principles, in contrast to an emotionally corrupt society. The fact that most Turkish shows are family-friendly, with zero nudity or coarse language, adds to their popularity.

"We take great care for our dizi to have literary depth, its characters to be credible, and their motivations to be realistic and sound," said Ayfer Tunc, the main screenwriter behind "Bir Zamanlar Cukurova," or BZC, as its die-hard fans like to call it. "Solid story structure," she said, and an "epic storytelling style" add to its appeal overseas.

For actor, director and screenwriter Ercan Kesal, whose string of hits include "Once Upon a Time in Anatolia" and the phenomenally successful mafia dizi "Cukur" ("The Pit"), Turkish dizi and films these days are now defined by sincere stories shot in real locations. "Anatolia has started to tell its own tales again," Kesal said.

BZC director and dizi veteran Murat Saracoglu, whose "Mrs. Fazilet and Her Daughters" was an instant hit when it was aired in Latin America, remembers being surprised when women from places as far away as Chile and Peru began writing to him saying how much they had cried while watching the show.

For Saracoglu, the storytelling tradition and power of myth creation in Turkish lands resonate across the world. "We are still telling humanity's 'ancient matters' ... especially portraying issues like belonging to the land," said Saracoglu. "Our difference from the productions in the West is that we are not trying to create make-believe; these are still the real causes and the real problems we care about on these lands, " he added.

Even if the story is an adaptation from a foreign original, the success of the Turkish version often surpasses the original. Two series originally from Japan, "Anne" and "Kadin," which portray strong women trying to live their lives despite the trials of modern society, won the awards for best foreign drama at the Tokyo International Drama Festival in 2017 and 2018, beating strong competition from South Korean dramas. 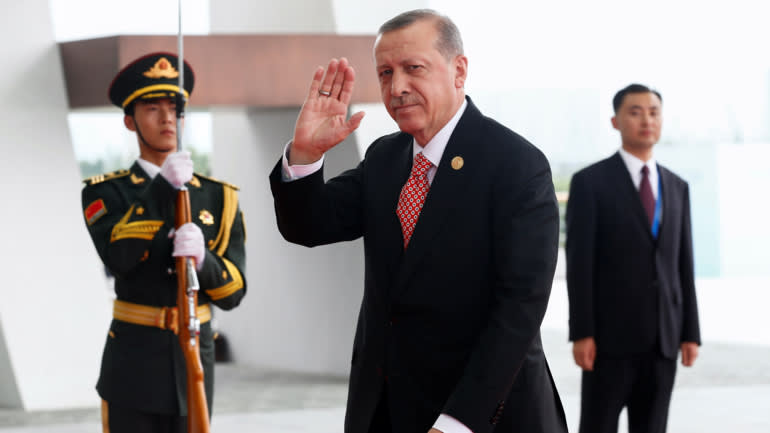 Top: An added consequence of the success of Turkish television dramas is their value as pillars of soft power, something that Turkey's President Recep Tayyip Erdogan badly needs. © Reuters Bottom: Set and filmed in Istanbul and released in April, the "Fatma" tells the story of a cleaning lady's search for her missing husband.

When "What's Fatmagul's Fault?" -- a drama about a young woman's search for justice after being gang-raped -- was aired first in Latin America and later in India, it provoked such a storm of commentary that it was even credited with kick-starting the #MeToo movement in Peru and Mexico. Now seen in 154 countries, it received the audience award for the best foreign drama in France in 2019 and is now being remade in Spain under the name "Alba."

"What makes Fatmagul so special is the fact that a social wound [like rape] is being narrated not over a woman's body but over her soul," said the show's director, Hilal Saral, adding that Turkish dramas are built heavily on emotion.

While Turkish dramas manage to create a cultural zone that appeals beyond Turkish lands by blending Eastern and Western values, an added dimension is their value as pillars of soft power, something Turkey badly needs.

There is perhaps no better example of this than "Resurrection: Ertugrul" -- nicknamed the Muslim "Game of Thrones" -- a five-season epic dramatizing the adventures of Ertugrul Ghazi, the father of Osman, who founded the Ottoman Empire, that aired in Turkey from 2014 to 2019 and was later exported to over 100 countries worldwide.

"Do you think they teach in the Middle East how just and protective the Ottomans were?" Savci asked. "They tried to paint Turks as invaders next to colonialist Westerners and bend history according to their political objectives," he added, arguing that Turkish dramas have achieved what years of diplomacy has failed to do, creating fans and even allies of Turkey in regions historically hostile to the Ottoman Empire.

Even in traditionally hostile countries such as Greece, Bulgaria and Russia, viewers can't get enough of two of Tims&B's most recent hits: "The Trusted," about an ex-SWAT team member fighting drug barons; and "The Shadow Team," which is loosely based on Turkey's National Intelligence Agency.

"When communism collapsed, democracy arrived [in Bulgaria and other former Eastern bloc countries], but so did capitalism," said Yasemin Celikkol, an ethnic Turk whose family migrated to Turkey from Bulgaria in the 1980s and is now an academic at the University of Pennsylvania whose PhD thesis on Turkish television series in Bulgaria and Russia is aptly titled "The Terribly Charming Turk in the Global Media Matrix." She thinks the popularity of Turkish dizi in the Balkans cannot be explained just because they inhabit the same neighborhood and share strong cultural ties. 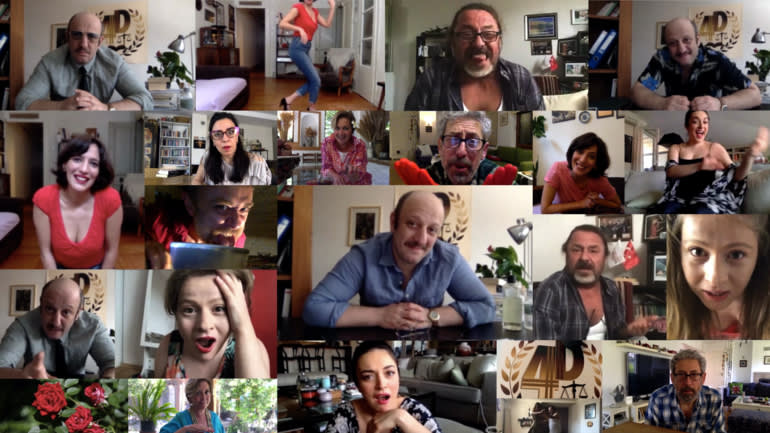 Top: Turkish entrepreneur Efe Cakarel, doyen of art-house movies and founder of the MUBI movie platform. (Photo by Victor Bastidas) Bottom: A series of stills from MUBI's "Hey There!", a musical comedy shot entirely on an iPhone directed by Reha Erdem.

"Families disintegrated and people faced poverty," Celikkol said. Slowly, people began to miss the "comfort of moral values" and were nostalgic for the feelings that come with a sense of community and big families. It is this emotional vacuum, she argued, that Turkish dramas fill: "There was a reaction to Hollywood. [The viewers] realized that it's not all about money, sex, and drugs."

International streaming giants are also showing interest in Turkish content, with Netflix commissioning a handful of hits, including the dark humor series "50M2" and "Fatma," a murder drama about a cleaning-lady-turned-serial-killer, with local over-the-top streaming services BluTV, Gain and Exxen all getting in on the act.

"It's even nicer to see brands that strive to carve out their unique broadcast philosophy and identity from the start," said Efe Cakarel, a Turkish entrepreneur, doyen of art-house movies and founder of the MUBI movie platform, who is pleased to see the launch of new streaming platforms in sync with the zeitgeist.

"Having more options is something that will give the viewers the freedom to choose and move their viewing experience forward," said Cakarel, whose recent releases include "Hayaletler" ("Ghosts"), a long feature directed by Azra Deniz Okyay, and "Seni Buldum Ya!" ("Hey There!"), a musical comedy shot entirely on an iPhone directed by Reha Erdem.

For Ayfer Tunc, the screenwriter behind "Bitter Lands," says the Netflixization of Turkish entertainment risks industry making it uninspiring as a result of being tweaked to appeal to the same cohort -- whether they are in Thailand, Russia, South Africa or Belgium.

"If our stories are no longer ours due to the intervention by Netflix, our DNA will be corrupted," Tunc said. "And a corrupt DNA does no good for anyone."