COLOMBO -- About 20 years ago, Anura Saparamadu stumbled across something online that changed his life.

It was an image of a vintage poster -- if he remembers right, a Quantas promotional advert with a stylized sketch of a Kandyan dancer against a bright red background, promoting the Australian airline's early flights to Ceylon, as Sri Lanka was known until 1972.

"I never knew such posters existed," Anura said. "When I started to collect them nobody else was doing it and, a lot of my friends asked me why I was collecting scraps of worthless paper. Now many of these posters sell for thousands of dollars."

Anura is among Sri Lanka's small but dedicated community of people who collect old photos and posters that paint the country in a romantic light during the heyday of British colonial rule and the early years of independence after 1948.

One sepia-toned photo in his collection shows two former prime ministers of independent Sri Lanka, J.R. Jayewardene and S.W.R.D Bandaranaike, in their younger days when they appeared together on the national badminton team in 1926. They pose with rackets among coquettish girls, little aware of the grand political futures that await them. 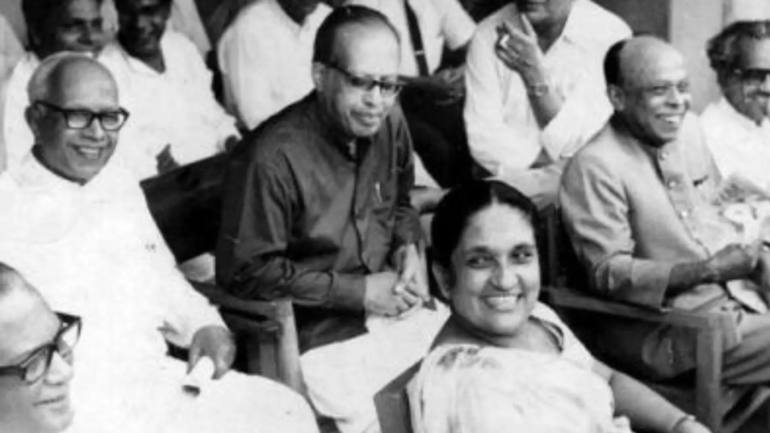 A photo from the 1960s shows Sirimavo Bandaranaike, the world's first female prime minister, with her all-male cabinet. Though everybody is smiling in the picture, there is no mistaking who is in charge. Journalists at the time would quip that Sirimavo was the "only man in the cabinet."

Such vintage memorabilia have become popular for their rich evocations of a stunningly beautiful island in transition.

"We are crazy because we collect this trivia," said Nihal Milroy De Silva, one of the most prolific collectors, who displays his vast array of photos and posters on his social media site, which has 50,000 followers. 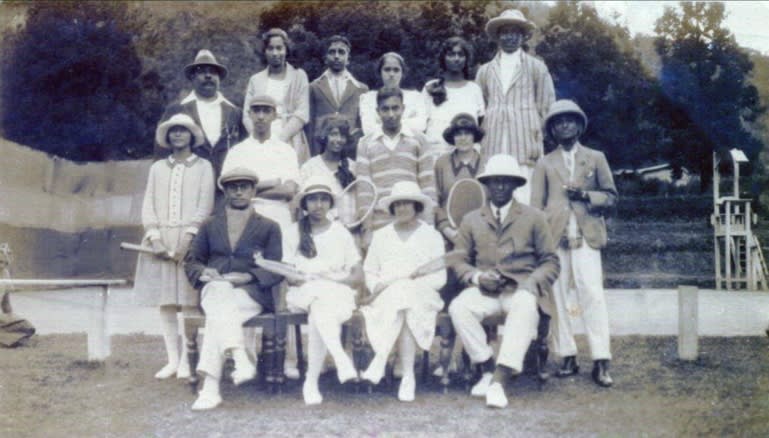 Future Prime Ministers are seen, with J.R. Jayawardene in the middle row, 2nd from left, and S.W.R.D. Bandaranaike, seated at left, in this Ceylon Badminton team photo of 1926. (Courtesy of Nihal Milroy De Silva)

The vintage collections he and others have amassed trace the country's startling transformation from an age of gentlemen of leisure being served tiffin at the beginning of the 20th century to miniskirted women of the 1970s.

Most are ordinary photographs taken by ordinary people. Few are technically perfect. What was a moment's unthinking snap of the shutter by an amateur decades ago drips with nostalgia today, transporting the viewer to an island whose pristine beauty has not yet succumbed to rapid change. 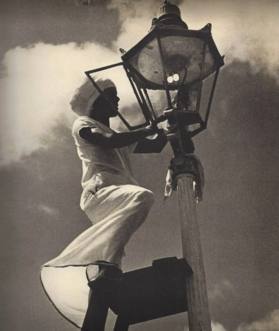 This is not to say Sri Lanka has lost all of its charm because of urbanization and gentrification. But it has lost a lot.

Vintage photographs of the country are a portal to a different era -- indeed, practically to a different planet. In these images, the island looks greener and by turns eery and enchanting. Many of these old photos are stunning black and white shots of everyday family life.

Collectors such as Nihal Milroy and Anura are in awe of the big photography names of the past. Local photographer Lionel Wendt was a transformative figure in the first half of the 20th century whose efforts to document his day and age proved hugely influential.

Wendt's daring black and white portraits of Ceylonese people are often taken at semi-silhouette angles. His unique style has earned him iconic status and landed his work in the prestigious Tate Gallery in London.

Anura can also cite the major figures in the world of poster art. One such standout is Sir Ivor Jennings, a lawyer who helped establish the picturesque University of Ceylon. Jennings was also head of the Empire Marketing Board, which commissioned many publicity posters.

These posters portray idyllic images of Ceylonese enjoying themselves while plucking tea leaves or producing copra -- dried coconut meat -- for the British Empire. Though the posters hardly reflect the reality at the time, they have fixed in the public mind a bucolic image of a bygone epoch. 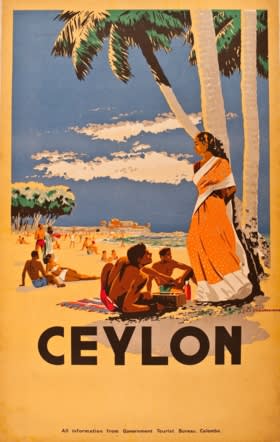 The stylized work of such artists as C.K.L. Samarasingha carries an impact that can surpass that of the slickest photography used in today's advertising. The cartoonish quaintness of vintage Ceylonese poster art also has a strong appeal.

The posters have a personality and vibrancy that shines through regardless of the subject, whether it be the British army guarding colonial outposts with the help of a young native soldier, or the Ceylon Tourism Bureau touting the country's beaches. Some of that is due to the skills and personality of the artist, just as Wendt breathed life into his photos.

The artwork in these images displays the full extent of Sri Lanka's journey from a mythical pre-colonial utopia to a colonial outpost to a modern melting pot. As the 14th century Franciscan friar Giovanni Marignolli wrote, Ceylon was always a place "where you could hear the fountains of paradise."