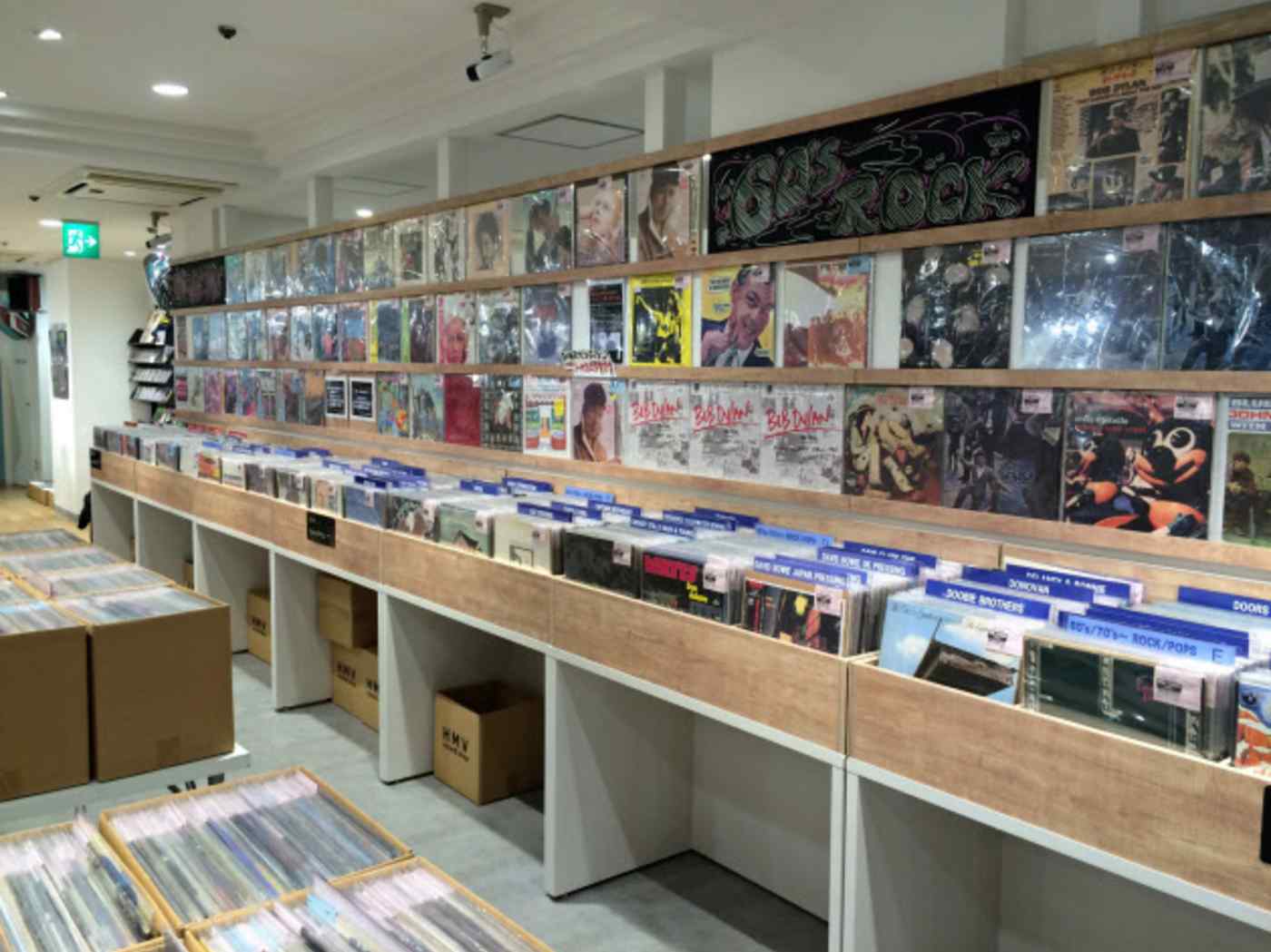 TOKYO -- A vinyl record trend that started in Europe and the U.S. is now plugging into Japanese turntables. Japan's audiophiles are rediscovering the vintage charms of vinyl and fulfilling the craving to physically own music even as the presence of online music streaming services rises.

Good sound quality and cover designs printed on album sleeves that are larger than CDs are key features among not only the middle-aged but also young people.

While the number of new releases on vinyl is steadily rising each year, the heightened popularity is boosting prices of secondhand records for famous artists and albums available in only limited quantities.

Takashi Miyajima, a 69-year-old retiree living in Kanagawa Prefecture, just southwest of Tokyo, said he started collecting vinyl again about two years ago. His collection now numbers about 200 LPs, and he buys about 10-20 records a month.

He cited audio quality, album sleeves and a loss of interests in CDs as the reasons for purchasing records.

A 33-year-old man in Tokyo's Nerima Ward is a big fan of rock music. Since 2000, when he started taking an interest in records, he has amassed nearly 800 of them. "I feel that national attention to records is increasing as new vinyl is released," the man said.

The company decided to open the store after sales at its first outlet in Tokyo's Shibuya Ward proved brisk, with a year-on-year increase of 10-30%.

"Although most of the customers are men in their 30s to 50s, we are recently seeing growth in the number of young female customers and foreigners," said Tomohiro Takeno, the Shinjuku store manager.

And the number of new vinyl releases is only increasing.

According to the Tokyo-based Recording Industry Association of Japan, the number of records shipped between January and November last year was about 706,000, up 6.6% from 2015 when 662,000 records were shipped over the entire year. The figure for the 11-month period also represents a nearly sevenfold increase from 2009.

Toyokasei, the sole record manufacturer in Japan, is inundated with orders. It has recently been receiving orders for more than 100 titles each month. The company expects fiscal 2016 to see a 15% increase in the number of titles ordered compared with 2015.

Why is vinyl attracting the national spotlight again? Buying vinyl is not just for the middle-aged as many young people dig the full sound of analogue too.

An official at secondhand record store Next Records in Tokyo's Shibuya Ward, which marked its 17th anniversary in January, believes many people harbor a "desire to own music" at a time when online streaming services have become increasingly popular.

Currently, more than 20 countries around the world celebrate "record store day," which is held on the third Saturday in April to promote the analogue media. On that day, many artists release limited-edition records and hold events to get people into stores.

Japan started celebrating the event in 2011.

Vinyl's growing global popularity is gradually driving up the prices of secondhand records.

Takeno, who journeys to Europe and the U.S. a few times a year to make purchases, said it has become difficult to obtain good records in large quantities. For example, there is only a small amount of rock and hip-hop records from the 1990s in global circulation because CDs were king in that era.

Rare finds means that prices for these records may "go up further," said Takeno.