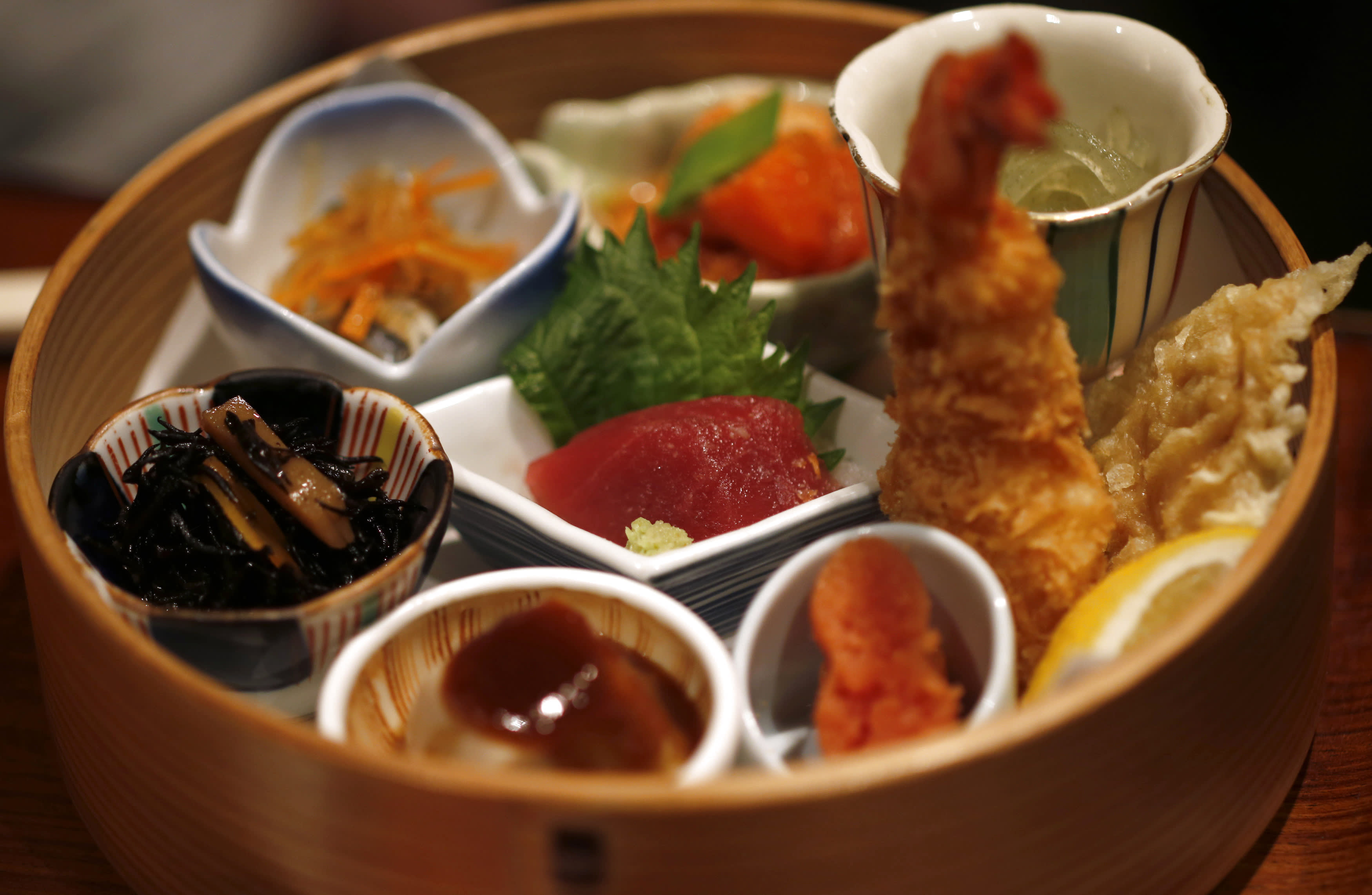 Japanese cuisine made UNESCO's Intangible Cultural Heritage list in 2013 -- a sign, one expert said, that it is "at risk of extinction."   © Reuters
SHO MIYAZAWA, Nikkei staff writerApril 26, 2018 13:07 JST | Japan
CopyCopied

OSAKA -- From the outside looking in, it appears Japanese culture is standing the test of time. The country is home to rich culinary traditions. The world is fascinated by its history, especially the more thrilling episodes, like the exploits of ninjas. Sake brewers concoct an array of subtle flavors that drinkers around the globe are beginning to discover.

And yet, on Japanese shores, these aspects of the culture are rarely explored academically. Some may even be fading. So to preserve Japan's heritage and further cultivate global interest, the country's universities are creating new organizations and faculties dedicated to themes that have received little serious attention.

In mid-February, about 200 people gathered in Kyoto for the founding plenary session of a learned society for Japanese cuisine -- the nation's first. The crowd included chefs and researchers from within Japan and overseas.

Yoichiro Sato, a specially appointed professor of botanical genetics at Kyoto Prefectural University and the head of the society, warned that the inclusion of Japanese food on UNESCO's Intangible Cultural Heritage list in 2013 is "a sign it is at risk of extinction." Sato called for more research to help protect Japanese gastronomy.

Carolina Capasso, a 49-year-old researcher from Italy, said she was "surprised that there was no learned society in Japan for Japanese food." She pointed to Italy's slow food movement, which countered the rise of the fast-food industry in the 1980s, as a model for preserving traditional dishes and ingredients. 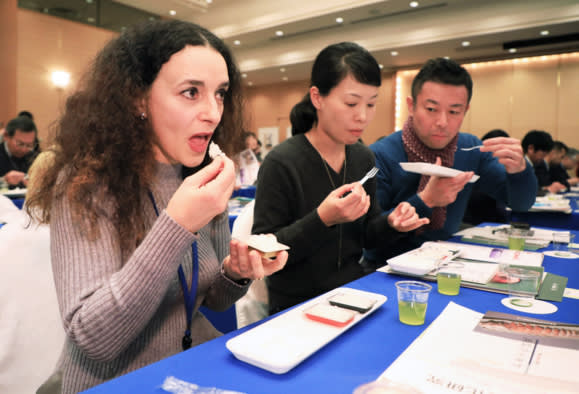 Carolina Capasso, a researcher from Italy, samples rice at the founding session of a learned society for Japanese food in Kyoto, in mid-February. (Photo by Kento Awashima)

Capasso also expressed hope that "the society's establishment will raise awareness of global issues, such as food shortages."

The session included a culinary experience: Participants reviewed the different textures and aromas of rice, believed to be the original Koshihikari variety, grown in the eastern Kanto and western Kansai regions.

Other university initiatives are underway to promote food research and education, especially in Kansai.

Kyoto's Ritsumeikan University this month opened a College of Gastronomy Management at its Kusatsu campus in Shiga Prefecture. The faculty will explore culinary culture, management and science, aiming to foster graduates who will fan out to work around the world.

"Until now we have had individual researchers in the field, but not an educational body," said Dean Toshio Asakura. "We want to create an academic field that deals with food comprehensively."

Another 200 or so people came together in February for a very different event: the formation of an International Ninja Research Association in Mie Prefecture, southeast of Kyoto.

Mie University set up the association in the city of Iga, regarded as the heartland of the ninja. Yuji Yamada, a member of the association's steering committee and a professor of ancient Japanese history at the university, noted that the nin in ninja is written with a character that represents perseverance. The research, he suggested, "will help reconfirm the spiritual nature of Japanese and other aspects." A ninja showcase in Iga, Mie Prefecture, which is is home to the newly formed International Ninja Research Association (Photo by Masayuki Kozono)

The study of ninja through historical records, Yamada said, has been overshadowed by portrayals in novels, movies and anime. Those depictions might contribute to the recent popularity of ninja-themed tourist attractions. But to ensure that interest endures, Yamada said, "It is also important to focus on the [real] story, including the development of trails associated with ninja based on historical evidence."

The association said it welcomes the involvement of not only researchers but also travel agents and sports experts. As the knowledge base grows, the association plans to use it to energize the local economy. One idea is to commercialize medicinal herbs and teas the ninja carried on their stealth missions.

Sake is another aspect of Japanese culture that could use an academic boost. Although exports are increasing, domestic shipments are hovering at about a third of the peak.

Niigata Prefecture, on the Sea of Japan coast, produces 8% of the sake sold domestically and ships the third most among all prefectures. But even there, local residents are drinking less of it.

Niigata University hopes to help reverse the tide with its new Sakeology Center, opened this month in partnership with the prefecture and the Niigata Sake Brewers Association. The course covers the science of brewing, distribution practices and cultural facets such as drinking etiquette.

University President Sugata Takahashi said the program will help students "understand the entire picture -- from making sake to delivering it to customers -- and build familiarity with the beverage." One goal, he said, is to foster successors who will carry on the brewing traditions.

It is not just Japan's domestic research environment that needs developing.

Generally, an academic institution that studies the culture and history of another country receives assistance from that country. China and South Korea are reportedly ahead of Japan on this front.

Besides money, Wada said another obstacle is the slow digitization of Japanese books.

Data from the Council on East Asian Libraries, which consists of university libraries across North America, shows around 50 libraries owned a total of 6.5 million Japanese books in 2017. That was equivalent to 60% of the Chinese book count.

Only about 34,000 of the Japanese books had been digitized, equal to a mere 1.5% of digital Chinese books. Copyright rules are a major reason. Obtaining permission from authors of books that were published decades ago entails considerable time and expense.

At home and abroad, expanding educational resources and building up Japanese studies programs could go a long way to ensuring that the country's traditions live on.