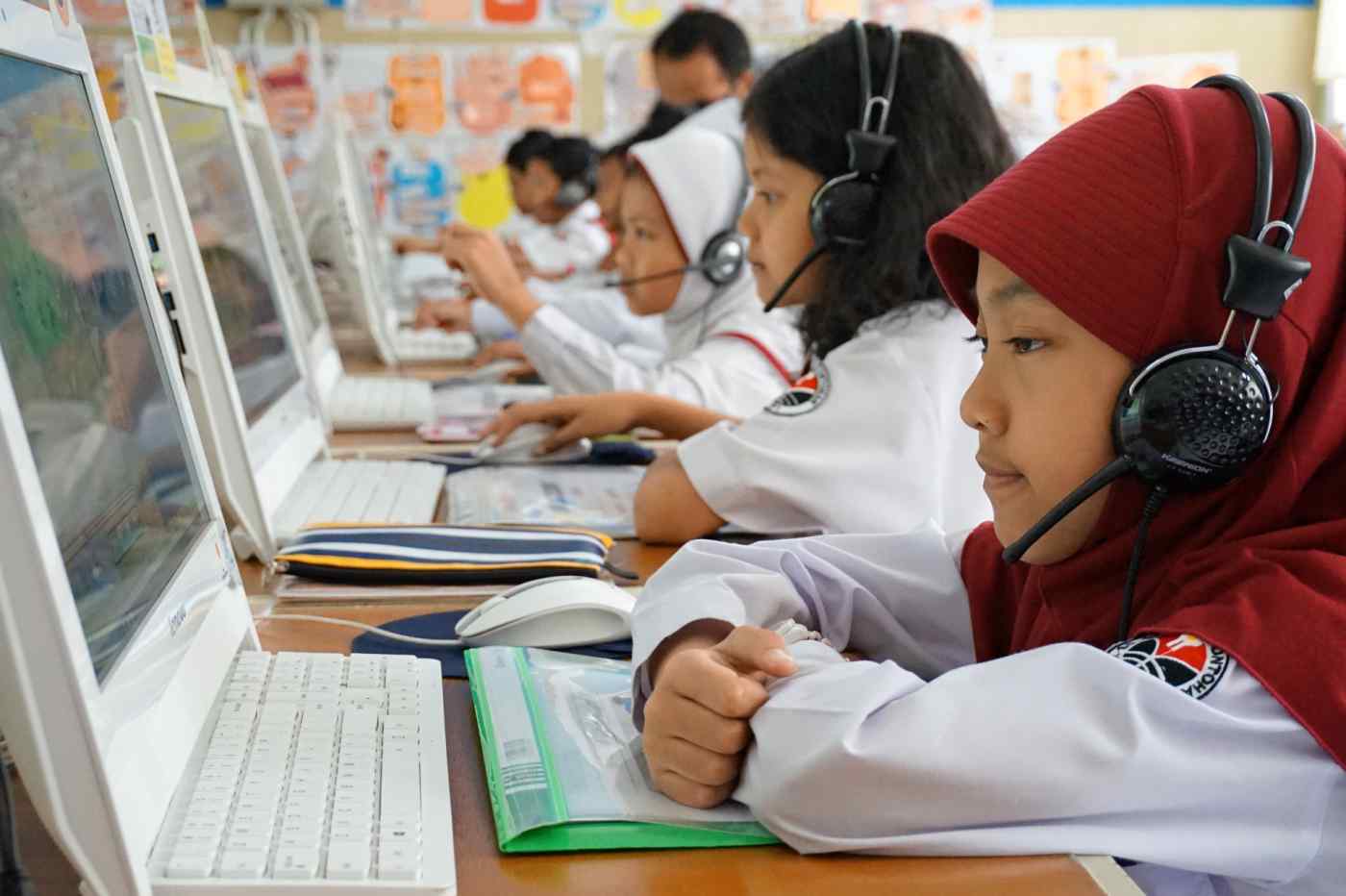 TOKYO -- Japanese online education company Surala Net is celebrating success. On Monday, it listed its shares on the Tokyo Stock Exchange's Mothers market for startups as its learning software featuring "anime teachers" wins fans among students and educators in Japan and abroad.

Like the students it tries to help, Surala has struggled at times. At one point it was on the brink of failure. Surala began life in 2007 as a unit of an educational services company, but it fell into trouble amid the global financial crisis that struck the following year. It soon began running out of cash. Breaking the poverty trap through education

Takahiko Yunokawa, who headed the unit, pumped several million yen (tens of thousands of dollars) of his own money into the business at the end of 2010 to buy the unit and spin it off. But the business was losing 70 million yen ($620,000) annually. He could not keep it alive on his own.

Yunokawa made the rounds of venture capital companies, but few showed interest in the business amid the slump. The only one that paid serious attention to Yunokawa's vision was Globis Capital Partners, a Japanese venture capital specialist.

"We would not have survived without investment from Globis," said Yunokawa, now Surala's president.

Soichi Kariyazono, managing partner at Globis, invested 200 million yen in Surala in 2011, betting on higher demand for personalized online learning services. The company offered high-quality content that keeps children interested, backed by the ability to analyze their academic performance -- a valuable tool for teachers and parents, according to Kariyazono.

Surala began turning a profit two years after the Globis investment and has continued to work closely with its partner to expand and improve its business.

The company, said Yunokawa, is dedicated "eliminating educational inequality." Surala is expanding in Japan and overseas, hoping to reach more children, especially those from low-income families or who face academic challenges.

At an elementary school affiliated with Indonesia University of Education in the city of Bandung, east of Jakarta, students learn arithmetic with the help of an anime character.

In a room equipped with 30 computers, the school's 300 students learn basic math three times a week. Their teacher is Surala Ninja, a character developed by the Japanese company. Since the school introduced the software in 2016, students have come to like arithmetic, and their skills have improved dramatically, according to the principal.

The software has gamelike elements designed to help learners master new skills. As they do so, they move to higher levels, just like in a video game. Surala's software incorporates both "lectures" and drills.

The company has a patented algorithm that spots individual learners' common mistakes. This lets teachers and parents see the children's weak points so they can develop lesson plans to fit their particular needs. Yunokawa devotes special effort to help underachieving students improve. Unlike highly talented students, who can improve their scores by studying on their own or attending cram schools, underachievers often need personal guidance and private lessons. Schools generally do not have the resources to offer individual guidance. Some cram schools provide personal help, but the quality of instructors at such schools varies widely.

Surala has developed products to meet the needs of such students.

"Economic disparities are leading to wider gaps in academic ability among children," said Yunokawa. "Our mission is to provide digital products to help children of average or low academic ability make progress." The company wants to help children from poor families, dropouts and children with developmental and learning disabilities in particular. The company is widening the scope of its efforts by offering discounts on its products to nonprofit organizations that work with underprivileged children.

Focusing on the disadvantaged

The company began expanding abroad after the Japan International Cooperation Agency began using its software in one of its development assistance programs in 2014.

Surala has continued its overseas work, although the JICA program has ended. At present, it provides online learning programs to 17 schools in Sri Lanka, including private preparatory schools for poor children, and to five schools in Indonesia. Last year, it began operating in India.

Surala also has partnerships with big companies to foster its growth. In 2014, it entered into a tie-up with NTT DoCoMo Ventures, selling shares in the company to the venture capital specialist affiliated with Japanese wireless carrier NTT DoCoMo.

Since April 2016, Surala's software has been enhanced with an artificial intelligence technology developed by DoCoMo. The technology gives characters in the software voices that are encouraging to users.

In May, Surala entered another capital tie-up, this time with Toppan Printing, to develop materials for science education.

The stock listing will bring new challenges for Surala: pressure from shareholders, as well as more complicated business strategy and management decisions. These will give the company that specializes in teaching a new opportunity to learn.