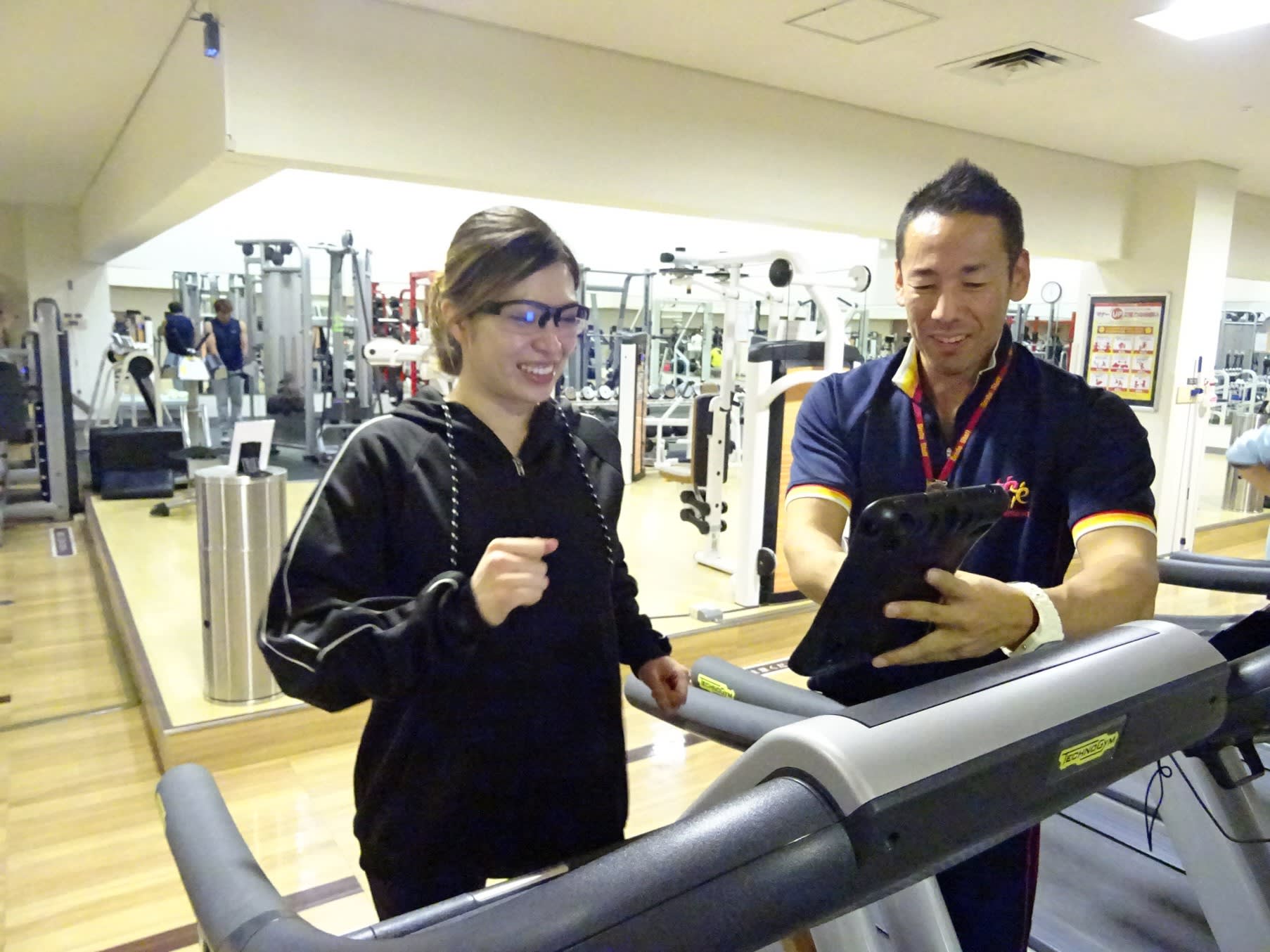 Measuring your balance is as simple as wearing Jins Meme glasses and walking for five minutes.

TOKYO -- A poor posture can cause chronic pain -- not to mention embarrassment -- but identifying the root of the problem is no easy task. A Japanese fitness club operator and an eyewear chain, though, have teamed up to do just that.

The tools: special high-tech eyeglasses, coupled with smartphones or tablets.

Renaissance, the gym operator, used to have trainers assess customers' balance visually -- say, checking whether one shoulder was higher than the other. One problem with this, a company official explained, was that it "inevitably created variations in trainers' diagnoses." The new posture-checking service, officially launched in October, replaces judgment calls with a more precise approach.

The secret is a pair of sensor-equipped Jins Meme glasses from Jins, the eyewear company. Customers simply put on the glasses and walk for about five minutes. The built-in sensors record their head movements and, based on the data, a range of information is displayed on a phone or tablet screen: body axis, center of gravity and so on.

Trainers use the results to pin down customers' bad habits and propose corrective exercises. This new method also solves another problem with the old way: People who seemed to maintain an equilibrium while standing still would often display distortions and other bad habits while moving. The circle shown on this tablet screen represents balance tendencies -- how much the subject's posture sways forward or backward, and left or right.

One woman in her 30s who used the service discovered that a slightly hunched posture was contributing to neck stiffness. Now, after taking her trainer's advice, she said her "stiff neck is getting better gradually."

For now, Renaissance is providing the assessments for free, mainly to new members of its clubs. Over the last three months, a total of 200,000 new Renaissance club members have used the service nationwide.

Down the road, Renaissance will consider making the service part of a paid personal training package. But Koji Kuroiwa, manager of Renaissance's sports club business planning division, said the first priority is simply to get customers "to try it and find out how good it is."

Renaissance launched the service after conducting trials at 10 clubs, starting last March. Through a questionnaire, it determined that the posture checks increased customer satisfaction. Gymgoers are happier when they understand how workouts are affecting their bodies, the company reckons.

Unlike training geared toward weight loss, it can be difficult to spot the effects of balance and core-strength exercises. Seeing is believing: Visualizing the measurements seems to increase their power to motivate, and over time, changes in the results prove that training sessions are making an impact.

Kuroiwa said many new members are signing up with goals unrelated to weight loss and bodybuilding. "More people are joining with the intention of staying healthy over the long term," he said. 'Athleisure' wear catching on in Japan

Those are just the kinds of members fitness clubs want -- people who will remain members for the long haul.

The growth of Japan's gym market masks the challenge facing major players like Renaissance. The market grew for the fifth straight year in 2016, to 448 billion yen ($4.02 billion at the current rate), according to a Japan Productivity Center white paper. But the growth was largely driven by the rise of small, specialized clubs that stay open 24 hours a day.

Large, comprehensive fitness clubs with pools and myriad other facilities are struggling to fend off the competition.

Renaissance sees information technology-based services as a way to add value, enhance productivity and keep customers happy. The idea is to add and retain members by offering high-quality services that cannot be found at smaller 24-hour gyms.

The company plans to cooperate more with Jins, including on a health service for corporate clients.