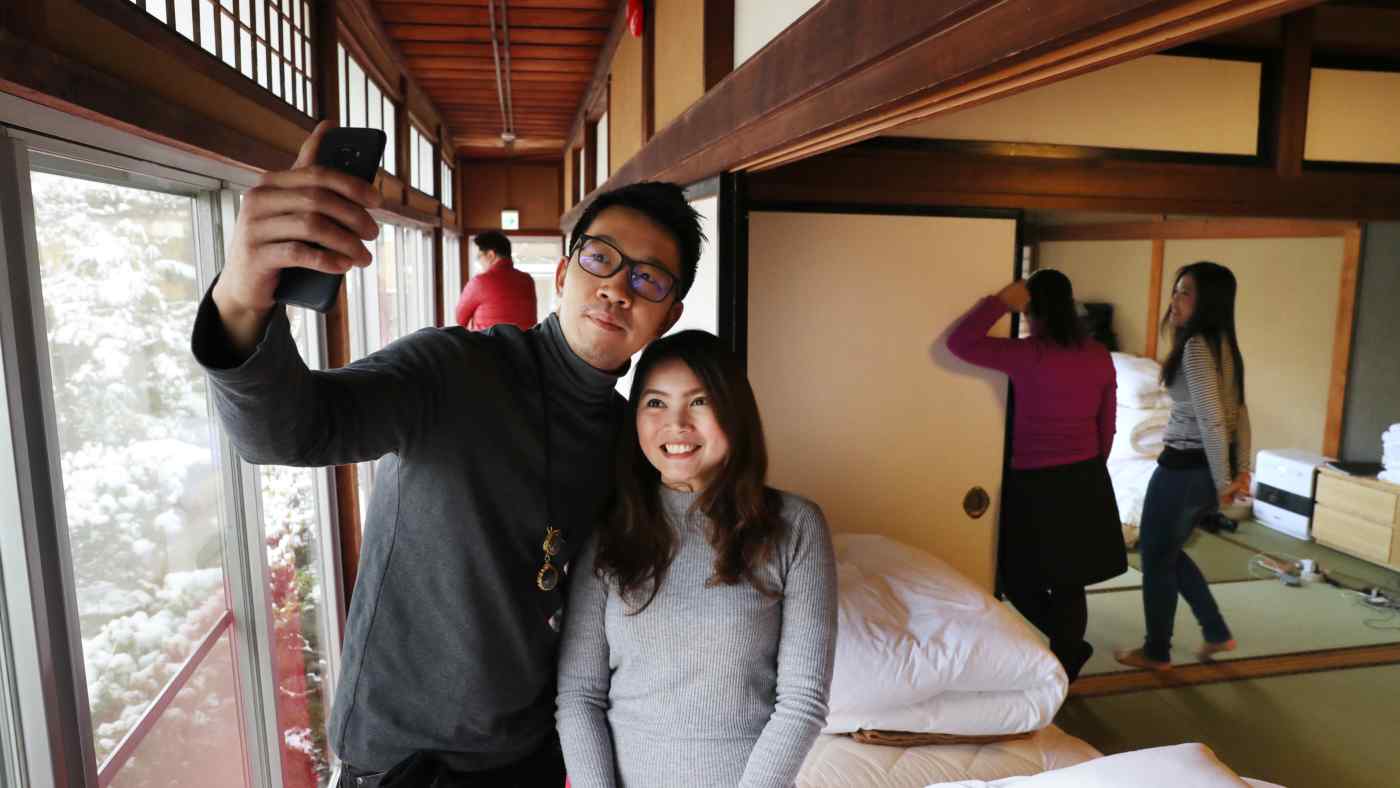 TOKYO -- Once a law deregulating vacation rentals takes effect on June 15 next year, the many tourists visiting Japan will be able to choose from among some exotic accommodations, such as spending the night at an old mountain temple.

On a recent trip to Takayama in mountainous Gifu Prefecture, a group of Thai coworkers exploring their room were rewarded with a magnificent winter view hiding behind a sliding screen: the snow-shrouded garden of Takayama Zenko-ji, a Buddhist temple. "It's gorgeous," one of the travelers exclaimed.

A large room in the temple's main hall, more than a century old, goes for around 60,000 yen ($532) a night. The social-media-worthy snapshot is free.

More lies in store for the adventurous traveler, including a walk through the pitch-dark space beneath the main deity to lay hands on the lock keeping the temple's most prized Buddha image from public view -- supposedly a spiritually cleansing experience. Another guest, a 35-year-old office worker from Taiwan, said he felt "a close connection with Japanese culture" after taking the trip. A meditation session or a turn at copying out sutras, also on offer, could strengthen that bond.

Since opening for reservations in July, Zenko-ji has had nearly 1,000 guests, 90% of them from overseas. This is thanks to Tokyo-based startup ShareWing, which runs Zenko-ji and one other temple where guests may stay the night. "We aim to show visitors the true appeal of old Japan by putting unused treasures to work," said President Naoko Unrinin.

For temples outside Japan's strategic special zones of experimental deregulation, offering tourist accommodations requires a national permit. Zenko-ji, for example, operates as a "simple accommodation" under Japan's hotel business law. But starting next June, when a law takes effect permitting facilities such as private homes, historic structures and temples to host paying guests for a certain number of days per year, registering with the prefectural government will suffice. 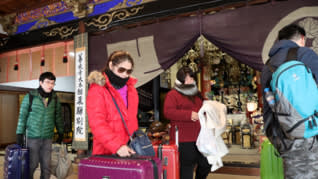 Checking out after a night in the main hall.

Startups are preparing services that will make complying with this law simpler, with the hope of drawing new properties onto the short-term rental market. App developer Chapter8 has introduced a smartphone app for the special zones that helps owners renting out rooms check in visitors. A video chat feature lets owners verify their guests are who they say they are, and scans in passport information to automatically create the legally mandated visitor log.

Japanese internet giant Rakuten, meanwhile, is working with overseas companies including Chinese short-term rental site Tujia to square off against the world's biggest room rental service, Airbnb. Even established travel agencies have put concerns of upsetting existing clients aside as the room rental market grows: JTB is working with Sendai-based Hyakusenrenma in the field.

Short-term room rentals are expected to play a major role in accommodating Japan's swelling tourist population when they take off nationwide. Foreign visitor arrivals are seen reaching a record-high 28 million this year, and the government aims to hit 40 million by 2020, anticipating continued economic benefits.

The entire hospitality sector could feel the impact, if France, where Airbnb has nearly 500,000 listings, is any indication. There, short-term room rentals led to a decline in employment in the hotel sector, according to an industry group. While the number of visitors to France rose 6% to 83.7 million from 2008 to 2014, hotel occupancy rates fell more than two percentage points to 59.2%.

With the number of visitors to Japan set to keep climbing, some have said the country is likely to experience hotel room shortages, especially since Tokyo is hosting the 2020 Olympics. However, guest rooms in Japan's cities stands to increase roughly 30%, according to real estate services provider CBRE in Tokyo, giving lodgers the advantage as competition for customers heats up.