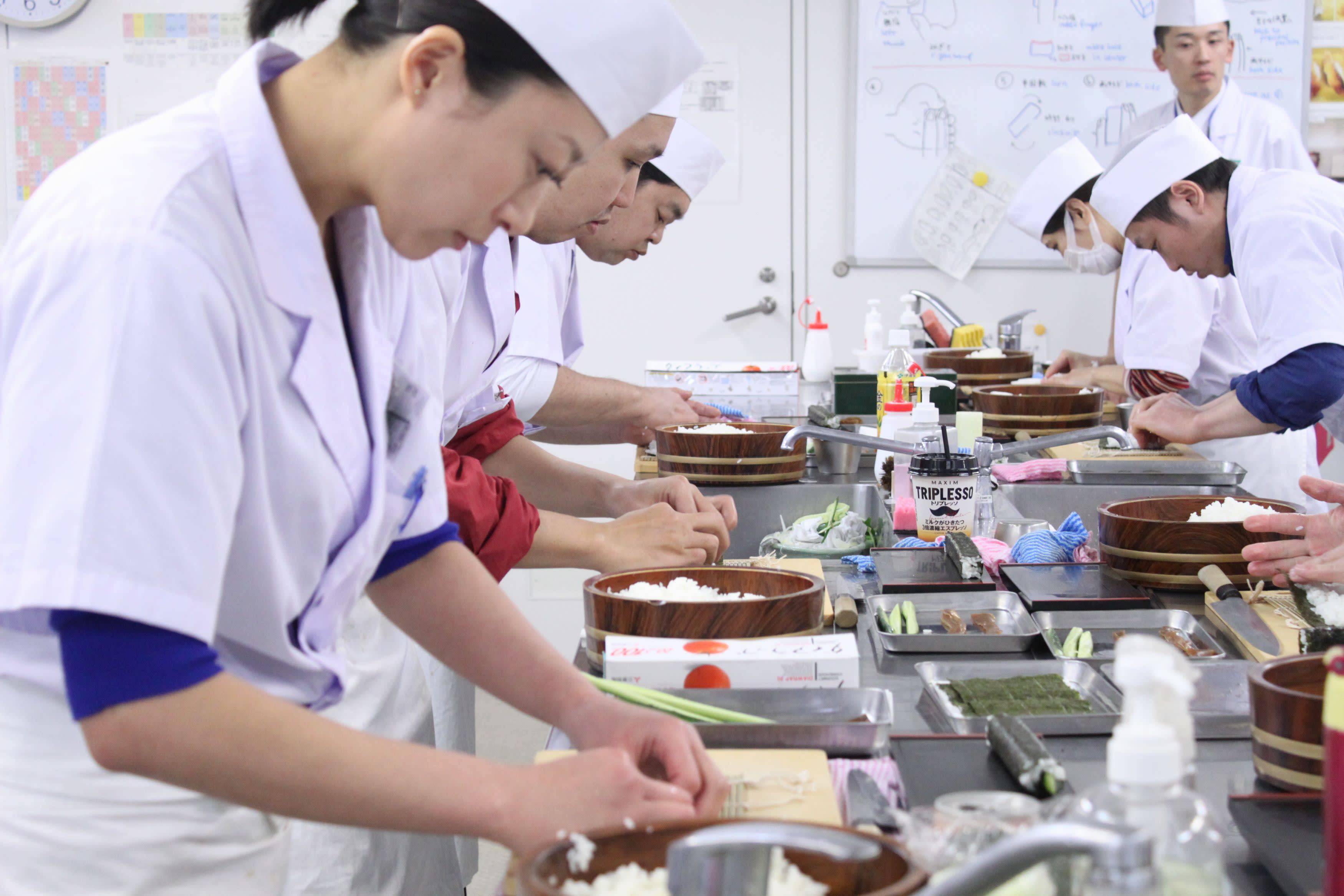 TOKYO -- Tomokazu Suzuki wants to open a sushi restaurant in Hawaii with his father, a sushi chef. "That has always been my father's dream," Suzuki said. "It's mine now, too."

This wasn't his initial plan. After graduating from a vocational college, he started cooking for a Chinese restaurant chain. Suzuki had been put off a career in sushi early in life, when his father was running his own restaurant. Things did not always go well, and Suzuki's father could take his frustrations home with him.

"But working in the same restaurant industry has made me realize why my father was acting like that," Suzuki said. "And I realized I had always felt somewhere in my heart an admiration for my father's work. That's why I decided to jump ship."

Suzuki, now 23, hopes to open a restaurant in Hawaii when he's in his 30s. In the world of sushi, this can be considered a moonshot. Like so much of Japanese society, the sushi industry still sticks to a seniority system, one that is especially strict.

It is said that a new chef at a high-end sushi restaurant spends his or her first year only cleaning up and doing other odd jobs. The second year is spent chopping vegetables, the third year is devoted to prepping fish. The sixth year is for cooking rice. Not until the eighth year is the chef allowed to do nigiri, make sushi. Finally, in the 10th year, he or she is allowed to serve customers.

Opening your own restaurant in your 30s? Unthinkable.

Despite the massive sushi boom outside Japan, the domestic industry is in something of a decline. According to the latest official Economic Census, there were 18,764 sushi restaurants with one to nine employees -- the sort of authentic shop where the chef serves the sushi over the counter in 2014.

"I could see that the industry was facing personnel problems," said Makoto Fukue, chief executive officer of Tokyo Sushi Academy, one of the many sushi schools gaining traction in Japan. "There were just not enough people wanting to become sushi chefs."

Fukue's and other sushi schools drastically shorten the 10-year training process in the hope of making the industry more appealing to young Japanese.

The schools allow people like Suzuki to realize their ambitions while still holding on to some of their youth.

"If you want to train a sushi novice, it's absolutely more effective if you do it intensively, in a short amount of time," Fukue said.

Tokyo Sushi Academy courses are indeed intense. Students learn nigiri from the get-go. From morning until evening they prepare and make sushi. The two-month course consists of 200 hours of training, which the school says is much more than what conventional cooking schools offer in a year.

"We are often asked, 'Can we really acquire professional techniques in two months?'" the academy's brochure says. "The answer is yes. We are confident of that." The school also has courses spanning a full year, similarly intense. Since it opened in 2002, more than 500 graduates have become sushi chefs abroad, often earning much more than their peers in Japan.

But there are doubters to this approach, especially within the industry. "I just don't think someone can master the art of sushi in a matter of months," said Tadashi Yamagata, chairman of the All Japan Sushi Association and a master sushi chef at Miyako Sushi, a 129-year old restaurant in Tokyo.

Yamagata, 68, once appeared on a TV program. He and two other seasoned sushi shokunin, or chefs, were pitted against chefs from a sushi restaurant in Osaka. The Osaka restaurant had earned a Michelin star 11 months after opening. Its master chef had only studied at a sushi school for three months.

"I asked [the master chef] in-depth questions, and he just could not answer," Yamagata said. "Even his nigiri wasn't what it should be, it was like he was just pressing the fish against the rice."

For Yamagata, the art of sushi -- which goes well beyond making sushi and into the realm of customer experience -- takes years to master. "What is the right size of sushi for a particular customer?" he asked rhetorically. "How solid should the rice be? Is the customer drinking? Is he old? [Making judgments based on this kind of information] without anyone telling you how takes time. You can't study that."

Fukue, who used to be a sushi consultant, thinks the industry needs to adapt to the times. "I don't know whether the industry norm is good or bad," he said. "Maybe there is some good in making young chefs endure three to four years of no sushi making. But it isn't any good if most people drop out of the sushi industry during this period. I would say 99% drops out. And women, foreigners, different people are aiming to become sushi chefs now. There is a need to come up with educational systems that address these needs."

According to Fukue, there are signs the industry is changing. "There are quite a few star sushi chefs in their 30s. They are more accepting of our approaches," he said. "Even sushi restaurants in Ginza or Michelin starred stores are finding it hard to recruit young people, and we are providing them [with workers]. We have a tag-team with the industry."

Yamagata, however, remains skeptical. The master has a few disciples of his own at Miyako Sushi. They train an average of seven to eight years before Yamagata considers them fit to serve customers. "In baseball, even a regular for a team will only have 20 to 30 swings at a ball in a game," he said. "But in order to actually be there, that player will have swung the bat hundreds of thousands of times. That is what training is. You can't just say 'I want to bat' without practicing."

Where the two see eye to eye is in the need to spread the right sushi culture abroad. "There are so many sushi restaurants outside of Japan, but less than 10% of them have a Japanese involved," Fukue said. "As a Japanese, this is really regrettable."

A headache for the sushi industry has been the increase in food poisoning cases at overseas restaurants. One thing that is drilled into new sushi chefs both at traditional sushi restaurants and at the sushi schools is the importance of hygiene when dealing with raw fish. This is easy to understand for Japanese, with their long sushi history. But the industry estimates over 95% of the 50,000 or so sushi restaurants abroad are in countries that lack a raw fish food culture and therefore do not have the adequate hygienic knowledge.

"So [the All Japan Sushi Association] came up with the World Sushi Skills Institute," Yamagata said. The institute holds exams and lectures in Japan and abroad, and issues certificates to those who pass. "It is a foundation for spreading the right sushi knowledge," Yamagata said.

He hopes the institute can foster a proper understanding of sushi mastery.

Despite his school's approach, Fukue also holds sushi mastery in high regard. "We are in an age where robots can make sushi," he said. "But the culture of a human being making sushi won't disappear. And it is there that I hope the value of the Japanese ethos and tastes will become important."