Where the hottest subculture gathers 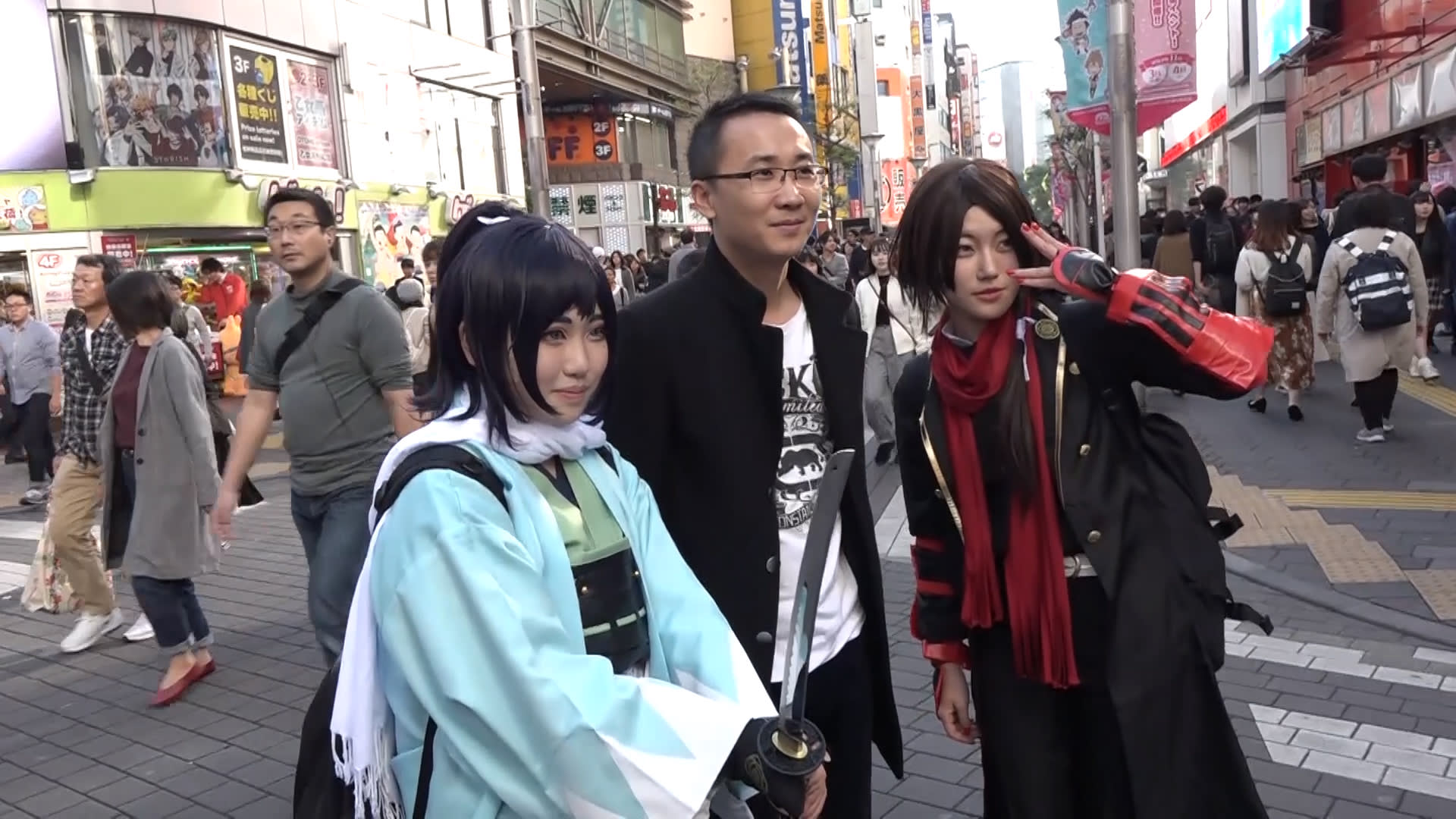 Meeting cosplayers walking around Ikebukuro has become a tourist attraction in its own right. (Photo by Ken Okawara)

TOKYO -- Ikebukuro is quickly becoming one of the hottest subculture spots in Tokyo. Stores specializing in anime and manga goods there are swamped with young fans, and regularly held cosplay events are attracting throngs of fans.

In 2017, Ikebukuro launched two annual events -- an international trade fair of the newest subculture content, and an anime film festival. We went to Ikebukuro to check out this new hub of subculture firsthand.

The Animate Girls Festival 2017, a paid event held Nov. 3-4, drew a record-high 86,000 visitors to the Sunshine City commercial complex and surrounding areas. The annual festival was launched in 2010 and is held with the cooperation of Toshima Ward, where Ikebukuro is located.

The history of subculture fandom in Ikebukuro would not be complete without mentioning Animate, a Tokyo-based retailer of anime, manga and games. In 1983, the company opened a large store near Sunshine 60, the 60-story skyscraper that forms the center of Sunshine City -- and was the tallest building in Japan at the time.

The area has become a center for female subculture fans in particular, whereas the Akihabara district a few kilometers to the east caters more to male enthusiasts. A street in Ikebukuro lined with shops selling goods aimed at girls is called Otome Road, or Maiden Road. In 2008, Animate opened a giant store on the street, specializing in outfits, wigs, shoes and makeup.

Another, smaller cosplay festival called "acosta!" is held every month by the Animate group. Although nearby store operators were initially bewildered by a flood of participating cosplayers, there are now more stores willing to take part in the fee-based event. Many of these business's owners say the cosplayers have good manners -- such as staying to only designated areas and not littering. About 60 establishments, including restaurants, now encourage these costumed customers to visit.

"An event for cosplayers lets me make friends, and I love interacting with like-minded people and taking pictures together," said a 17-year-old female cosplayer who participated in the Animate Girls Festival.

Meanwhile, Hacostadium cosset Ikebukuro main store, a photo studio under the Animate group umbrella, often provides a venue where cosplayers who are friends online can meet in person for the first time.

"Although I've never actually met this girl, I knew her from her videos on her [Twitter] timeline," one visitor said.

"Young people think that online-only connections through social networks is nearly equal to real-life social relationships," said Yohei Harada, the head of the Hakuhodo Brand Design's Youth Research Center. Harada pointed out that there is a tendency for young people to first develop virtual relationships and then meet in real life, and that these human connections sometimes extend beyond national borders.

Toshima Ward is proposing the International City of Arts and Culture Vision, under which it plans to open a large commercial complex called Hareza Ikebukuro on the former site of its ward office, by 2020. The complex will contain eight different types of theaters, including a music hall, a traditional arts hall and an anime theater. With the ward already home to a variety of cultural facilities, including the Tokyo Metropolitan Theater, it wants to promote itself internationally as the "theater town."

It also envisions rebuilding "Tokiwa-so" -- a now-demolished apartment building that housed many aspiring manga artists in the late 1950s to the early 1960s, including Osamu Tezuka and Fujio Akatsuka. The plan is to open a manga and anime museum in 2020 near the site of the building, which is about 10 minutes by car from central Ikebukuro. Young manga artists live and create together in an apartment complex, emulating the experience of Osamu Tezuka when he lived in Tokiwa-so. (Photo by Ken Okawara)

"Quite a few cities seek to integrate culture at the core of urban planning," said Shinichi Baba, who is in charge of promoting the ward's International City of Arts and Culture program. "Subculture has its own unique set of characteristics that makes Toshima different from other cities."

Travelers from abroad who are interested in cosplay and Japan's manga and anime culture are also drawn to cosplay events, in which they enjoy posing for photographs with people dressed in funky clothes and costumes. Given that subculture has begun to take root in Ikebukuro, this district may increasingly be recognized as the leading center of Japanese subculture.