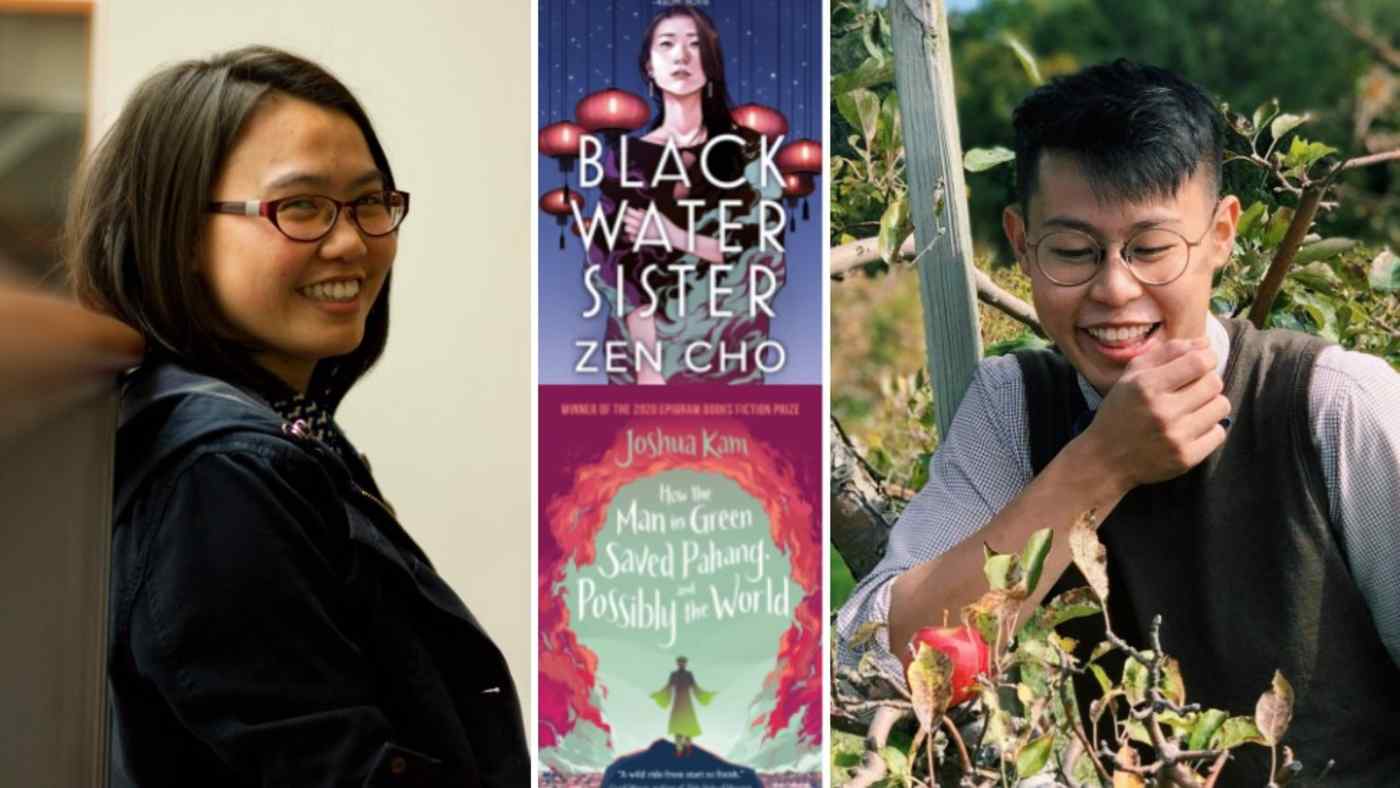 What sets the works of Zen Cho, left, and Joshua Kam apart from other Malaysian and Southeast Asian novelists is their exploration of nonconformist sexual orientations and controversial episodes of their country's history. (Nikkei montage/Source photos courtesy of Zen Cho and Joshua Kam)
MARCO FERRARESE, Contributing writerMay 28, 2021 08:00 JST | Malaysia
CopyCopied

KUALA LUMPUR -- Khidir, a century-old Islamic saint clad in a green robe, appears at the Jamek Mosque in modern day Kuala Lumpur to resuscitate the body of a political blogger found drowned in a canal, then travels to Pekan, in Pahang State, to save the world from an evil force called "The Mouth."

Halfway through this mad jaunt, in which gods and goddesses disguise themselves as humans, forests glow in the dark, and ethereal golden highways connect the earth with the sky, it emerges that the mysterious savior is also gay -- something that is still largely eschewed by writers in Malaysia, where gay and lesbian sex acts remain punishable under traditional Islamic law.