A day in the life of a foreign housekeeper in Japan

One year after visa rules were relaxed, Filipina seizes her opportunity 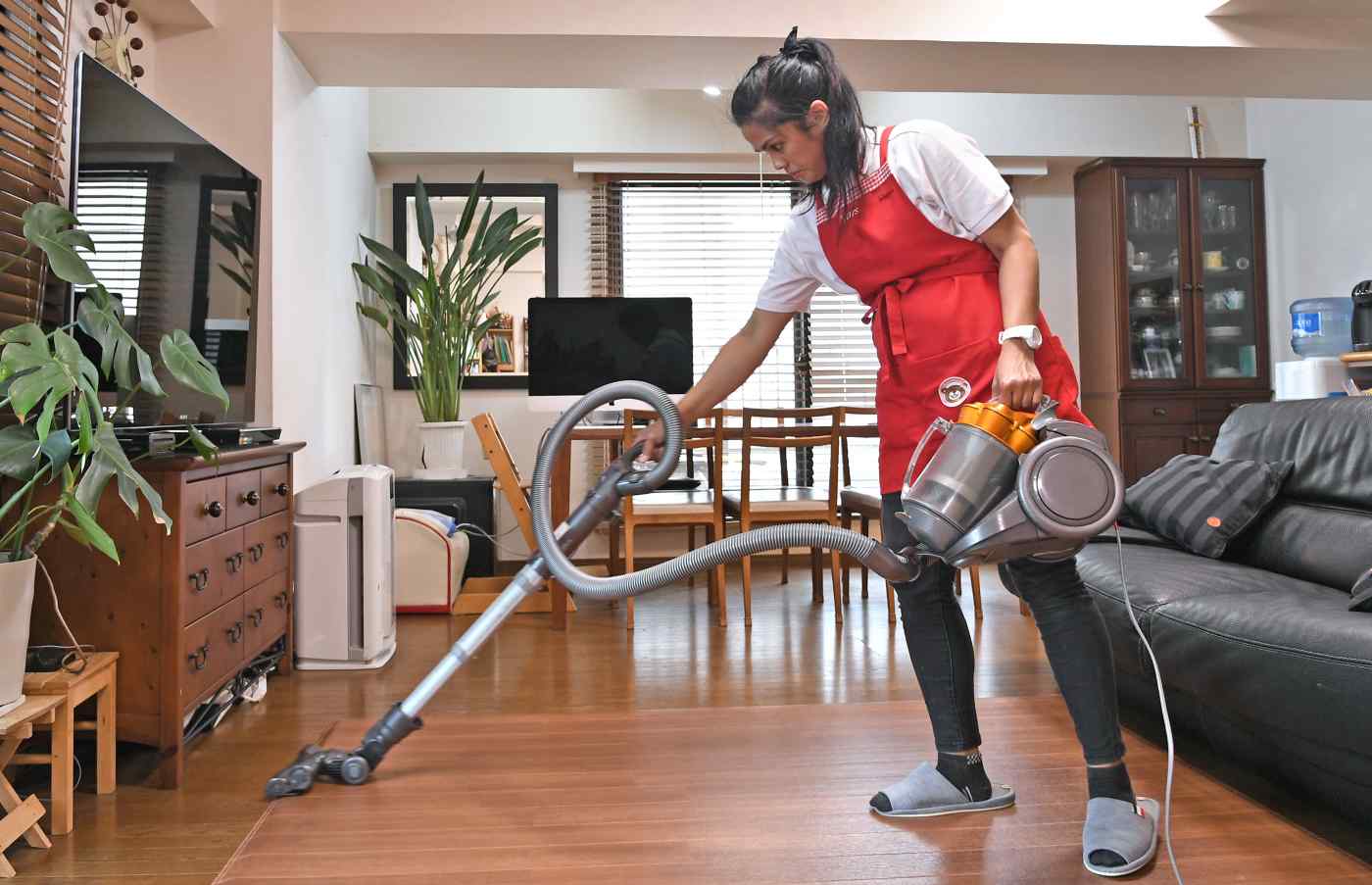 Marianne Culaniban of the Philippines, who came to Japan a year ago, says she enjoys her work as a housekeeper but wishes she could stay longer than her three-year visa allows. (Photo by Yoichi Iwata)
YASUAKI TAKAO and YUTA SHIMONO, Nikkei staff writersJuly 21, 2018 13:32 JST | Japan
CopyCopied

TOKYO -- At 7:50 a.m. on a recent morning, Marianne Culaniban, a housekeeper from the Philippines, leaves the house she shares with around 20 fellow Filipinos on the northern edge of greater Tokyo.

A packed commuter takes her to the center of town. "Manila's commuter trains are crowded, but they're nothing compared to trains here," Culaniban says. She is used to rush hour now, having worked in Tokyo for the better part of a year. She walks 15 minutes from the station to a high-rise apartment, where she is greeted by her client for the day.

Culaniban is employed by Bears, a leading housekeeping service based in Tokyo. She lives in a shared house provided by the company. Live-in housekeepers are rare in Japan.

She finishes her first job at the high-rise around 12:30 p.m. She races back to the station, hoping to have a quick bite before her next appointment at 3 p.m. She checks the route on her smartphone, reminding herself aloud where to change trains in Tokyo's tangle of railways. Culaniban has lunch near the next location and rings Mamiko Kiguchi's doorbell at 2:55 p.m., five minutes ahead of schedule.

Kiguchi, who only uses a housekeeper when it is necessary, spends about five minutes giving instructions on the day's work, particularly cleaning the kitchen.

Culaniban springs into action. She starts with the kitchen stove and the exhaust fan, one of the trickier tasks. It takes about 40 minutes, after which she moves on to the living room. She dusts off the furniture and fixtures using a hataki duster -- a bamboo pole with cloth strips on one end -- then wipes them with a damp cloth. Then she vacuums the floor and, where it does not reach, uses a mop to pick up the rest of the dust.

Culaniban first came to Japan in June 2017 and received training before starting work in October of that year, although she had previous experience as a housekeeper. The training appears to have paid off: Her work is quick and thorough.

After scrubbing the bathroom sink and faucet, it is nearly 5 p.m., she finishes up with the bathroom, completing her tasks just on time.

After she finishes, Culaniban goes over her work with Kiguchi, explaining what she has done in Japanese, as Kiguchi listens with a smile. "Japanese are kind to housekeepers. They don't say harsh things to us," Culaniban says. 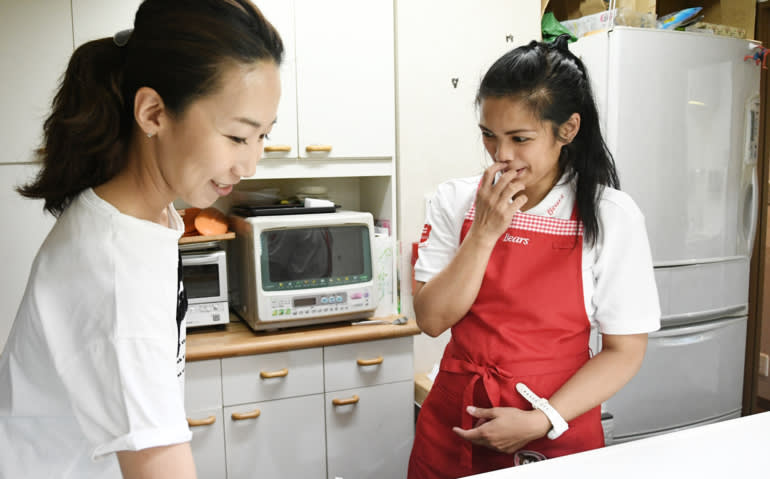 Culaniban, right, talks with client Mamiko Kiguchi about her work for the day. (Photo by Yoichi Iwata)

Although she enjoys her work, she has a complaint: Her visa is only valid for three years. "Just two more years for me," she says, with a sigh. "The work is fun, and I actually want to keep doing this for as long as I can."

That complaint is shared by Culaniban's employers. "Even our Japanese housekeepers need to work five days a week for at least two years before we can say they've learned to do the job satisfactorily," says a Bears staffer in charge of dispatch.

A representative of Nichiigakkan, another housekeeping service, says foreign housekeepers "have to go home just as they become used to Japanese lifestyle and culture."

There are six companies licensed to provide housekeepers in Japan, and they plan to hire over 3,000 foreign workers in total by the end of March 2022. Progress has been slow, however. So far only 270 have been hired, less than 10% of the target figure.

The three-year maximum stay for foreign housekeepers raises the question of whether Japan will be an attractive destination for workers, and whether their employers can make the business model work.