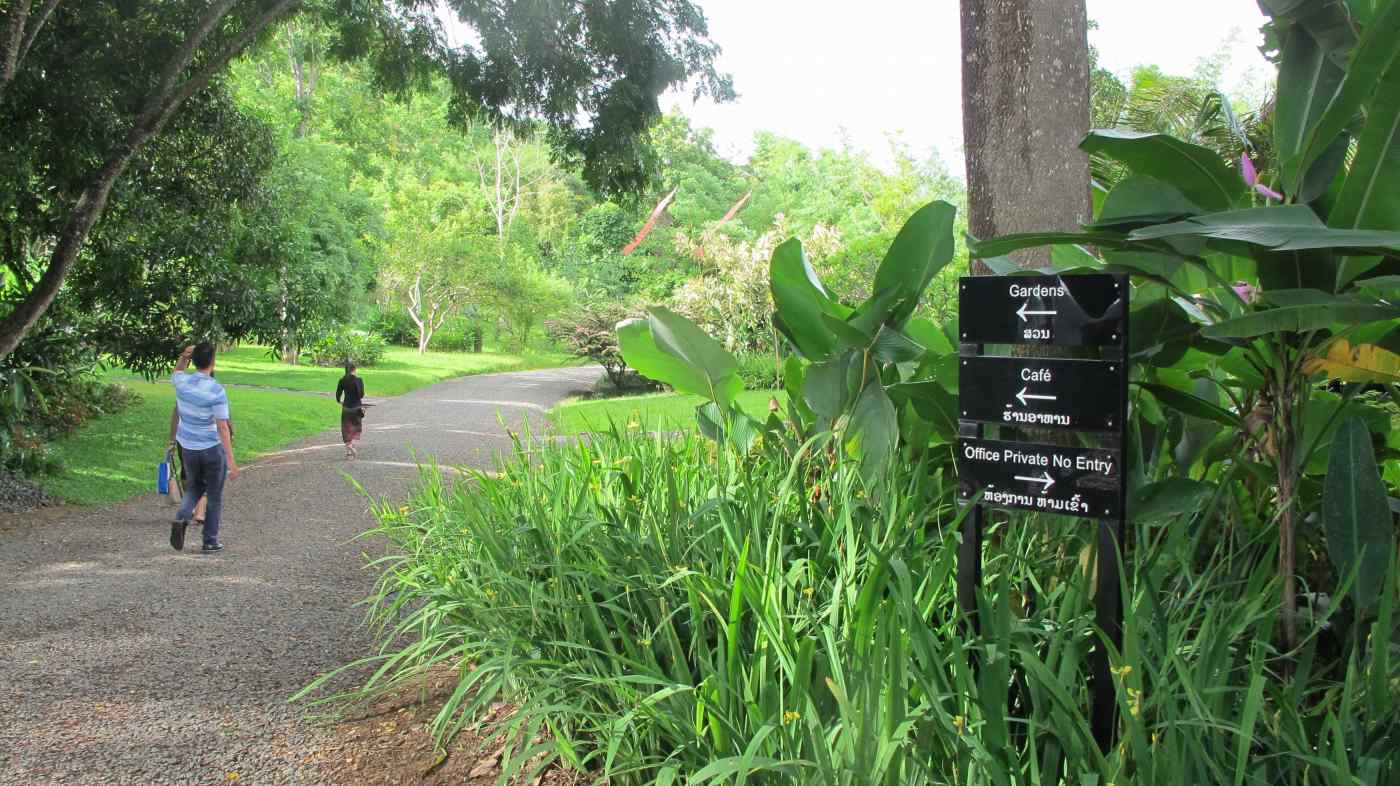 LUANG PRABANG, Laos -- What do you do when your pet elephant enters his period of hormonal frenzy, or musth? One answer might be to pay a quick visit to the Pha Tad Ke Botanical Garden in Luang Prabang, the ancient royal capital of Laos, for some advice. The 10-hectare garden, which opened to the public in November, includes a special plot of medicinal plants for pachyderms, the majestic animal which gave Laos its original name -- Lan Xang -- or Land of a Million Elephants.

"Sometimes they are fed gourds (Cucurbitaceae spp.) but this is done mostly to curb their amorous desires," advises one placard in the elephant garden. "For diarrhoea they give it Bael fruit, or mak toum (Aegle marmelos), which also has the advantage of improving the animal's moods." Such local wisdom is fast disappearing in Laos, along with its elephants, which are now down to an estimated 1,000 in captivity.