A party before dying: Japanese are embracing the logic of the 'pre-funeral'

Terminally ill businessman wanted to say farewell on his own terms TOKYO -- With all the flowers and teary eyes, the send-off for Satoru Anzaki looked just like any other funeral, with one conspicuous difference: Anzaki was alive.

Having been diagnosed with terminal cancer, the former president of construction machinery maker Komatsu decided to host one last party.

The 80-year-old had taken out an ad in The Nikkei to let people know he did not intend to undergo treatment and would be holding an event in December to thank his friends and colleagues for everything they had done for him over the years. About 1,000 people, ranging from business associates to old school friends, gathered to wish Anzaki well at a Tokyo hotel, where over 100 pictures of him enjoying his passions of golf and traveling were on display.

Despite being confined to a wheelchair, the octogenarian made the rounds of each table to express his thanks and shake everyone's hand.

In the Nov. 20 ad, Anzaki revealed that he had been diagnosed with terminal gallbladder cancer and chosen not to go through a painful course of treatment as he wanted to "prioritize quality of life." He also stated a desire to thank people while he was still well enough to do so. 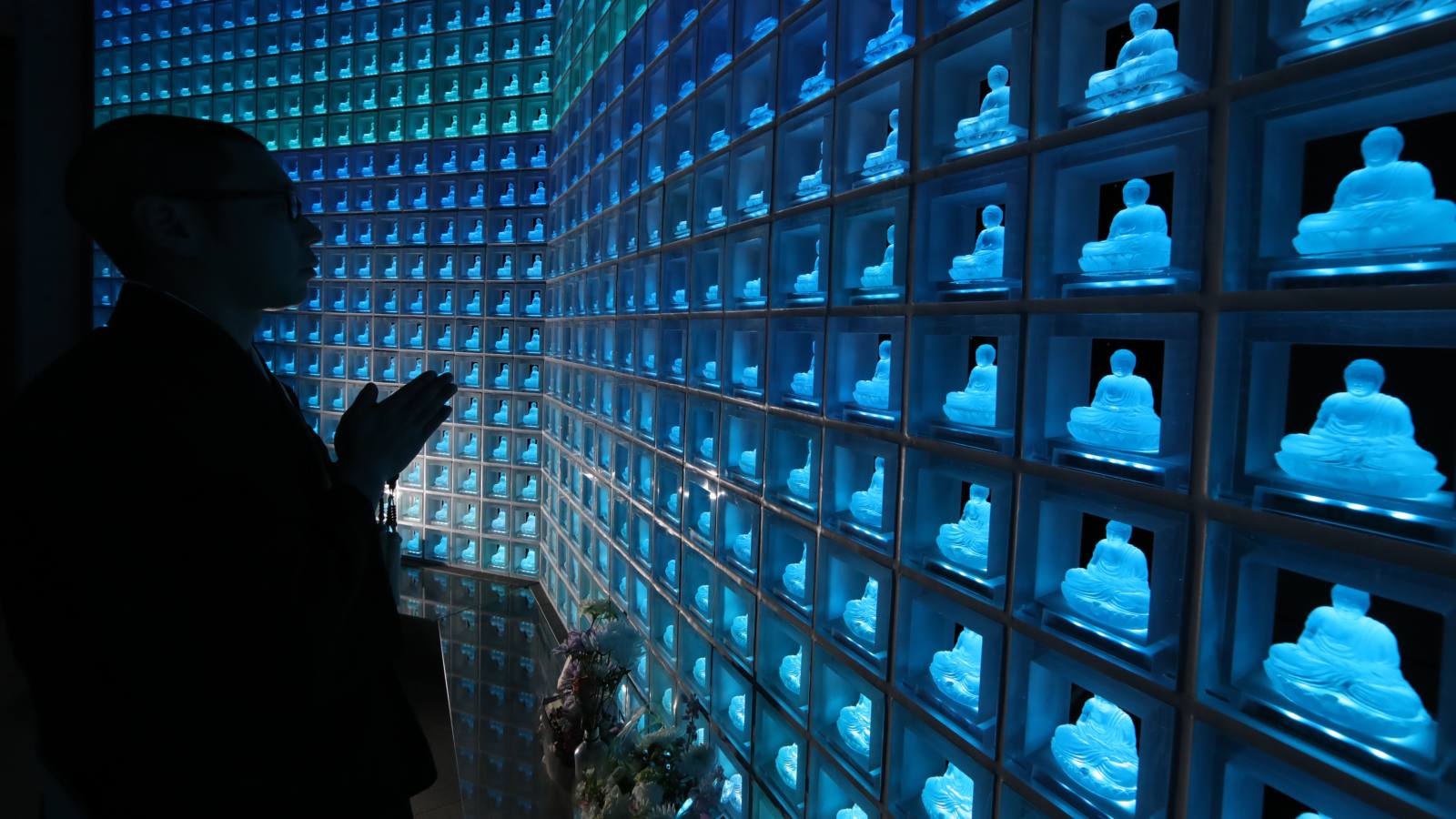 New levels of pet pampering in Japan-- from diapers to MRIs

"It was just like Anzaki to host an event like this," said a former colleague who worked under Anzaki in the company's overseas business department. "He values human relationships more than anything else."

While hosting such "pre-funerals" is unusual, some think it is an idea whose time has come. Mari Matsui, director of design company Ray Creation in Osaka, began working with funeral clients about four years ago when the company created a sophisticated casket out of Yoshino cedar. The company then began making videos for funeral services using footage from the family of the deceased, with some customers suggesting the films could be used as a sort of widescreen "altar." After listening to her customers' responses to the videos, she realized that the "pre-funeral" could become a real business.

"Some customers started to think the videos should be seen by family and friends while they are alive," she said. "The host can appreciate and communicate with their old friends and significant others."

Matsui will in February use crowdfunding to begin raising money for her creative pre-funeral business.

"In Japan, experts predict we will be living to the age of 100. That's great, but it also means fewer people will be around to mourn for a person when they die, which is a pity," Matsui said. "A pre-funeral is a good opportunity for older men and women to communicate with relatives and friends."

Anzaki's pre-funeral seemed to strike a positive note with the public and showed there is a potential market for them, said Takeshi Horishita, operating officer of Kamakura Shinsho, a funeral industry research company.

"The reaction to Anzaki's pre-funeral showed that ordinary people welcomed and accepted the idea more than we expected," he said. "We think more people will be interested in having such farewell parties before they die."

In a news conference just after the event, a smiling Anzaki told reporters: "I am happy to be able to convey my gratitude in my own words. I want to make the most of the rest of my time and be put in a coffin having thought, 'My life was really fun.'"