HONG KONG -- May Chow may be the most controversial -- and visible -- chef in Hong Kong: an acclaimed female restaurateur who is also a symbol of change for women and the LGBTQ community in greater China. But it seems she is just getting started.

"I love to visit schools and show women that they can be head chefs, too," says Chow, 35, owner-creator of the Soho district restaurants Little Bao and Happy Paradise, which explore Chinese flavors in contemporary guises and playful settings, as well as a beer bar and a Bangkok outlet.

"During COVID, I conducted a lot of classes on Zoom, and that's triggered in me the idea that my career won't just be within a restaurant, but sharing my story with people far away," Chow says, adding: "I don't want to consider myself a symbol but I do want women to be empowered, to have a voice and to get whatever work they want in their life."

Born in Canada, Chow says she hid her burgeoning interest in cooking while "eliminating things I didn't want to do, like hotel management," but ended up as a personal chef to the Canadian film director James Cameron. In 2009 she moved to Hong Kong as a kitchen hand for Alvin Leung, the iconoclastic chef at Bo Innovation, which serves groundbreaking dishes such as a version of Dr. Seuss' "Green Eggs and Ham" fashioned from characteristic Hong Kong ingredients.

"It was mind-blowing to see the potential of food, to be that international while in Hong Kong," Chow says, adding that global media coverage at the time "made the world feel small, teaching all of us to be unique, use local ingredients and influences but in a global way." To that end, she jokes, "I saw a McDonald's ad the other day where they now serve a fermented bean curd mayonnaise as a dipping sauce. I wish I could claim that." 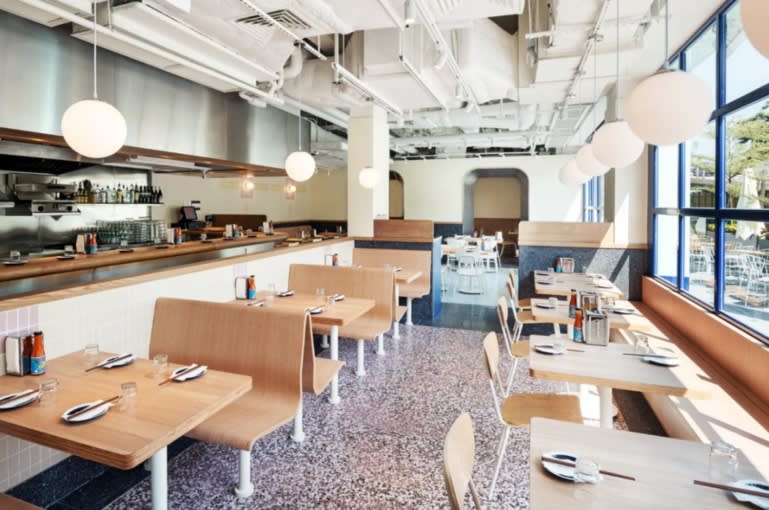 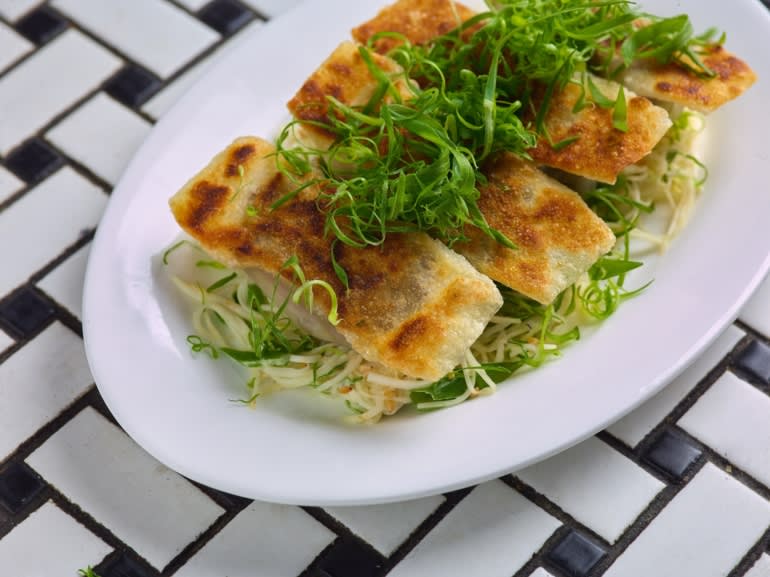 Instead, she came up with East-West stuffings for Chinese buns, first sold at a wet market. "Women always have to fight double and triple hard. I built my own restaurant, my own kitchen, my own structure and had to work on being an entrepreneur," she says.

"If your passion is the kitchen, that can lead to many sacrifices, with your family and so on. But the ones who succeed have the drive to overcome a male-dominated world, and had mentors who helped them work in respectful kitchens. Still, the reality is that even at a young age in culinary schools I visit, most women have already signed up to be pastry chefs. Right now, even in the U.S. there are only eight female executive chefs out of 100."

Even fewer are openly gay. "As a lesbian," Chow says, "it's just who I am, I wouldn't hide it. I think being very public about my life can provide a positive outlook for people -- for Chinese moms to see that my mom loves me, that my partner and I both have loving families, can be good for others who don't have this yet."

She adds with genuine tone of gratitude, "I'm privileged to be able to be myself, that Hong Kong is a very tolerant city. Like 10 years ago, to be gay, to be a woman, to be a chef was the lowest of the low in society. Maybe back then I would have been in the closet; maybe I wouldn't have been a chef; maybe I'm married and hiding my gayness, or my Asian-ness by not eating Chinese food in front of my friends." Chow inside her "neo-Chinese" restaurant Happy Paradise. “As a lesbian,” Chow says, “it’s just who I am, I wouldn’t hide it. I think being very public about my life can provide a positive outlook for people."

In 2017, Chow was named Asia's Best Female Chef by the World's Best 50 Restaurants, an annual ranking produced by the U.K. media group William Reed. But, she says, "I almost didn't take it, because I just didn't feel the timing was right to put exposure on me." Chow also says she is driven less by feminism than by her ethnic background. "I really wanted to know why Chinese restaurants were so underrepresented, why it was considered such a cheap food, even when chefs used quality ingredients. I love to have those conversations."

China's economic growth has changed negative perceptions about Chinese food, she says. "With China becoming a world power, people are more curious. Where it was better to be a French chef, economic strength has made it much cooler to do Chinese food."

Still, she notes: "Traditional Chinese restaurant kitchens are very male-dominated, where people still work 12 hours a day for six days a week. But 30 years ago, cooks used to just sleep right in the kitchen and had no holidays. The only women there were elderly 'aunties.' So a lot has changed and now hotels are the starting points for kitchens with a work environment that could be healthy, not toxic. Though I'd like to see a progressive change for all exceptionally talented women, that may take a long time." Chow also believes that Hong Kong should not be distracted by "First World issues." As she puts it, "We can't be concerned only with free-range chicken when we have people still living in cages."

This social awareness, and willingness to speak out made Chow a leader when the COVID-19 virus struck. "In Hong Kong, we didn't shut down all restaurants, but we had shut down borders, lost consumer confidence. My business fell by one-third. It was very dire, when some days we had only one customer when before we had 100.

"By April, we knew we couldn't deal with it alone, no matter how resilient a team [we had], so 600 restaurants started the Save Hong Kong F&B [food and beverage] alliance. This was a platform to voice our concerns to the government about rents that were not being lowered, about how we couldn't take care of staff. Thankfully, the government did subsidize us, and though we don't know when it will end, the worst has passed. With this, I was able to reopen Happy Paradise." In this trendy setting, splashed with neon in tropical colors, Chow says she does not think eating out will return to its pre-pandemic norm in Hong Kong, which will necessitate major changes in the food and beverage industry. "I'm going to be more vigilant about costs, and develop our delivery services. So even our small restaurant won't end up a sitting duck [in the event of another pandemic].

"Even before COVID, we had SARS in Hong Kong and that led to sanitizing facilities in many buildings. Mask-wearing has become normalized as social etiquette. And I think we'll be much more aware of individuals who are sick." 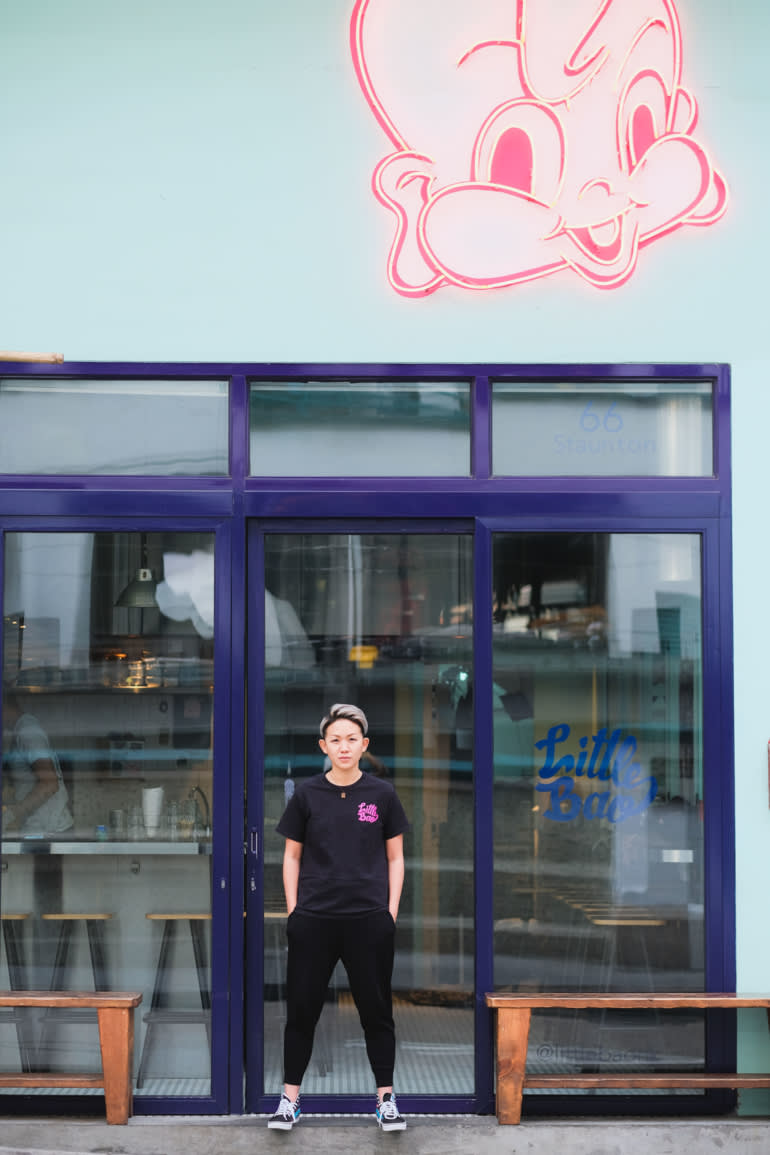 Chow says Hong Kong's food and beverage industry will need to make major changes to adapt to post-pandemic life. To ensure the survival of her businesses, Chow says she is "going to be more vigilant about costs, and develop our delivery services."

For herself, says Chow, mainland China beckons. "Though what we do is quite different, I might eventually explore going to China, getting closer to the root. I'm intrigued because my family came from Shanghai." She is unfazed by the current crackdown by Beijing on Hong Kong democracy activists, arguing that the former British colony "has always been a dynamic city and adopted to challenges as we go."

She adds: "I think we are still learning to preserve our identity, while embracing changes. The future can be bright, but because we are right in the middle of things, there are a lot of concerns whether it's going to turn out bad or good. Our generation just needs to continue to work hard, to be given the same opportunities to succeed."

Perhaps her enthusiasm is fueled by being a product of her times. "Somehow," she declares, "at this point all the things I am are being celebrated. I'm lucky to be at the cusp of change. Things are exploding around me."