These yokan sweets from Toraya depict the four seasons. While seasonality has long been a defining feature of wagashi Japanese confectionery, makers are discovering that innovation may be crucial to their survival at a time when tastes are changing. (Courtesy of Toraya)
MICHIYO NAKAMOTO, Contributing writerNovember 6, 2020 09:30 JST | Japan
CopyCopied

TOKYO -- At first bite, there is a distinct flavor and aroma of raspberry. Then there are strong hints of lychee and rose as the smooth, sweet jelly dissolves in the mouth. The ingredients and flavors, as well as the name, Ispahan, suggest that this block of dark magenta confectionery is an exotic Middle Eastern delicacy.

In fact, Petite Yokan Ispahan is a Japanese sweet made by a traditional confectioner, Toraya, founded in the early 16th century, which built its reputation on time-honored sweets using beans, rice and other plant-based ingredients. But the sweet -- created earlier this year in collaboration with a French patisserie, Pierre Herme Paris -- is one of a growing array of products that break with long-established customs, using ingredients and production techniques that many traditionalists consider to be heresy.

Wagashi, or Japanese confectionery, has come a long way since its heyday in Japan's Edo period (1603-1868), when two-and-a-half centuries of peace and social stability brought about a flowering of confectionery-making. Originally made with nuts and pounded rice, wagashi evolved over the years as new ingredients were brought in from China, and later from the West, and new production techniques were developed.

Nevertheless, wagashi has long been defined by the plant-based ingredients used to make the sweets, such as beans, rice, fruit and nuts. Seasonality is also important, with many sweets shaped to look like flowers and fruit to evoke the tastes associated with specific seasons. A typical example is sakura-mochi, made with sweet azuki bean paste, which is covered in a soft rice cake and wrapped in a salted leaf of the sakura (Japanese cherry) tree. The aroma of delicate cherry blossoms is transferred from the leaf to the rice cake from where it wafts gently to conjure up idyllic scenes of spring.

However, while seasonality and traditional ingredients are still defining features of wagashi, changing consumer tastes and fierce competition from a vast array of Western sweets have forced wagashi makers to break with tradition and develop innovative products using modern techniques and ingredients. Some even feature dairy products, flavorings, fat and animal ingredients, which would have been unthinkable only a few years ago. Venture into any department store food hall in Tokyo and it becomes clear that Western confectionery, from chocolate truffles to pistachio macarons, is hugely popular among Japanese consumers. Retail chocolate sales alone, at 563 billion yen ($5.39 billion) in 2019, far exceeded wagashi's 465 billion yen, according to the All Nippon Kashi Association, an industry group. Combined with other Western confectionery, such as cakes and pies, total retail sales of Western sweets came to 978.4 billion yen.

While traditionalists frown at the innovative products some wagashi makers are coming up with, Mitsuharu Kurokawa, the 18th-generation president of Toraya, says change is inevitable. "People's tastes change so if you stick to what people used to like, there is no progress. You have to always seek better ingredients and you have to keep asking: Isn't there a different way?" says Kurokawa. 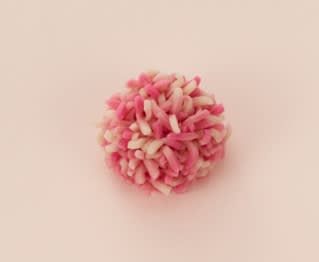 Increasingly, wagashi makers are discovering that there is -- and that unless they adapt to current consumer tastes they could face inexorable decline, as Kameya Yoshinaga, which has been making wagashi in Kyoto since 1803, found out a few years ago.

Kameya was heavily indebted, and sales of its specialty confectionery had hit a shockingly low point. For example, sales of its kaichu-shiruko, a sweet azuki soup in which the company's artisans took special pride, had dropped to an average of just two a day. Likewise, Kameya was selling on average only one yokan -- a solid bar of gelled azuki bean paste, sugar and agar, a gelling agent made from seaweed -- a week. The company was saved by the arrival of an outsider, Yuiko Yoshimura, who married the eighth-generation heir to the family business and introduced new product ideas, which revived sales. Yoshimura convinced the company's reluctant wagashi artisans to put five different types of colorful jelly pieces into the kaichu-shiruko. When hot water is poured onto the dish, the crust melts to release sweet azuki and a jelly.

Like Chinese fortune cookies, each jelly hidden within the crust represents a type of fortune. For example, a pine-tree shaped jelly would mean excellent luck. Kameya's reborn kaichu-shiruko, which appealed to young Japanese women's love of fortunetelling and of everything cute, became a massive hit and sales skyrocketed.

Yoshimura had an even wilder idea for Kameya's neglected yokan, introducing a sliced version that can be toasted on bread, much like sliced cheese. Despite its relatively high price -- 540 yen for two slices topped with a slab of butter -- sales of sliced yokan have raised overall yokan sales at Kameya to about 72,000 packets a year, a 480-fold increase. 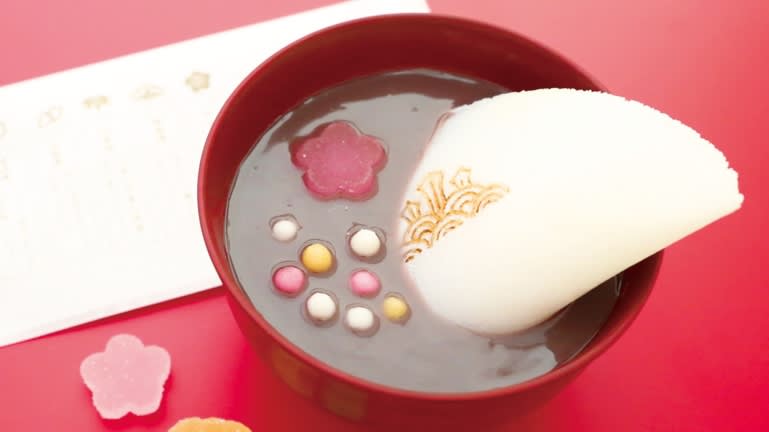 Yoshimura now manages her own wagashi shop within the Kameya group, which is run by her husband. She sells low-calorie, low-sugar wagashi, which appeals to increasingly health-conscious consumers. But Kameya's experience highlights the importance of convenience for today's consumers, a point noted by many wagashi makers, which now offer yokan in small sizes and easy packaging. 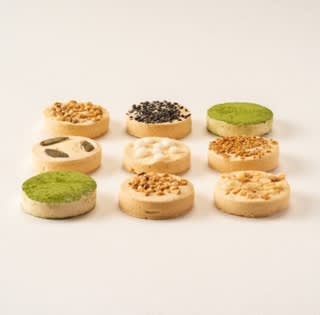 Another increasingly critical key to winning the hearts of consumers is visual appeal. "A common feature of sweets that appeal to young people is that they are easy to consume and look good in photos that can be posted to social media," says Minamoto Kitchoan, a Tokyo wagashi maker.

Kitchoan's popular seasonal confection Riku No Hoju features an eye-catching whole lime green grape, called Muscat of Alexandria, wrapped in soft rice cake, while Toraya's innovative offerings -- some sold from a boutique established 40 years ago on the Rue Saint-Florentin in Paris -- include yokan with flavors such as caramel, pear, apple and fig, which are readily acceptable to French consumers but alien to traditional wagashi. 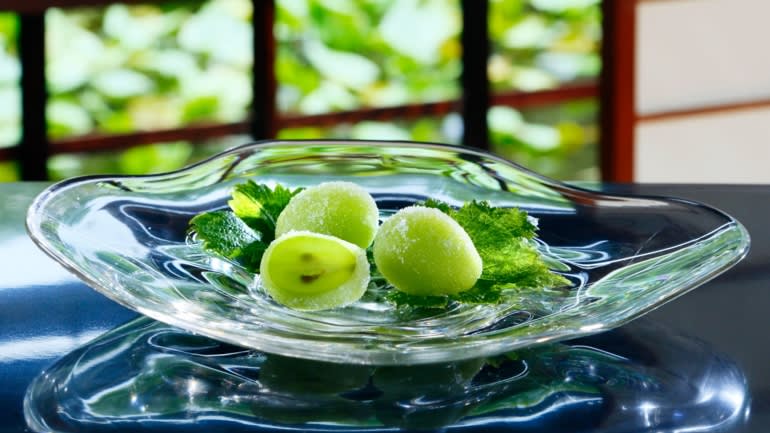 Such innovation could also provide a boost to wagashi sales in other overseas markets where familiarity with Japanese sweets has not kept pace with the popularity of Japanese cuisine. "If there is something that makes wagashi accessible, like California rolls did for sushi, it becomes easier to accept," says Kurokawa.