As Japan's empty homes multiply, its laws are slowly catching up An abandoned home with an ocean view, Kushimoto, Wakayama Prefecture. In Kushimoto, more than one out of four houses are vacant. (Photo by Thomas Shomaker)
THOMAS SHOMAKER, Contributing writerJune 11, 2021 08:08 JST | Japan
CopyCopied

TANABE, JAPAN -- Outside of densely populated cities characterized by skyscrapers and tiny apartments lies another Japan. In much of this world, akiya, abandoned homes, and akibiru, abandoned buildings, form the backdrop to everyday life -- not a picture one immediately associates with the hustle and bustle of the world's third largest economy.

But if current trends continue, more than 30% of Japan's housing stock -- 22 million units -- will be derelict by 2038, Nomura Research Institute predicts. In other words, Japan has a very large problem with unclaimed land -- one that could potentially reach the size of Hokkaido, the country's second-largest island, by 2040, according to another study, published in 2017.

The most obvious reason for this situation is Japan's unfolding demographic crisis which has seen its population fall by roughly 200,000 people a year since its peak of 128.5 million in 2009. But a range of other factors -- many of which have legal and cultural underpinnings -- have exacerbated the problem.

For the first four decades following World War II, Japan seemed destined for another fate. Buoyed by a surging economy, property was considered a sound investment, boosted by incentives such as tax relief for parcels of land with residences on them.

Then came the collapse of Japan's bubble economy -- and with it property values -- in the early 1990s. As Japan entered a long period of economic stagnation, the precipitous decline in birthrates that began in the 1970s started to noticeably change Japanese society, especially outside the major cities.

By 2010, as the total population actually began to fall, Japan's voluntary property registration system had become a problem. When property values were rising, heirs had an incentive to register land and dwellings left to them. But in a falling market, the expense and time needed to transfer the title of an inherited property simply became too much hassle for many. Complicating matters, the devastating March 11, 2011 earthquake and tsunami led to an exodus to higher ground, which in turn further emptied out coastal towns and cities up and down the country.

While Japan's demographics and sensibilities have been steadily changing, the law is just now starting to catch up. This April, Japan's Real Estate Registration Law was revised to make inheritance registration mandatory, a potential sea change -- if enforced -- expected to take effect within three years.

One person who has greatly raised awareness about Japan's outdated property laws is Shoko Yoshihara, a research fellow at the Tokyo Foundation for Policy Research and the author of the 2017 book "Land Issues in the Era of Depopulation."

"Japan's Real Property Registration Law was modeled after France," Yoshihara said in an email, further explaining that the basic intent is to protect ownership from illegitimate third-party claims.

But while France has stringent inheritance procedures, "in Japan there has been no strict system to foster inheritance registration which led to the current problem of land registrations remaining in the name of the deceased for a long period of time," Yoshihara said.

Japan's lax property laws have created more problems than just empty houses. Until recently, local municipalities that wanted to tear down an unregistered building, either because it had become a hazard or for a public works project, were not able to take action until all living heirs had been contacted. Depending on how long the property had been left empty, living heirs could mean grandchildren or great grandchildren, who could be living elsewhere in the country or even abroad.

Lacking the resources to go on expensive wild goose chases, most municipalities ended up leaving the abandoned properties to the elements, often tying up redevelopment projects for years.

By 2017, the problem had reached epic proportions, with a private study led by former Iwate Governor and Internal Affairs and Communications Minister Hiroya Masuda estimating that Japan's unclaimed land, including residential, farmland and commercial, had grown to 4.1 million hectares, an area larger than the island of Kyushu, the third-largest island of Japan's five main islands. This was the same study that predicted the Hokkaido scenario by 2040.

A cascade of legislative changes over the last decade, including a 2014 law that gave local governments badly needed power to act unilaterally, as well as laws passed this April making property registration mandatory, should gradually start making an impact. A system to manage land of unknown ownership was also recently established.

Calling the reforms significant, Yoshihara said the national government still had to work quickly "to make people aware of the new systems." This in itself is not easy, given that many of Japan's smaller, rural governments have themselves disappeared over the last 20 years, with villages merging with nearby larger towns as their populations contract.

Take the former town of Hikigawa, in Wakayama Prefecture south of Osaka, where half of the village is abandoned, and the remaining population elderly. Ensuring that the residents of areas like Hikigawa -- and their heirs -- are aware of mandatory inheritance registration will be challenging, to say the least.

Manabu Shimoda, a professional photographer and a resident of Wakayama Prefecture's second-largest city, Tanabe -- abandoned buildings make up around 20.3% of the housing stock in Wakayama Prefecture, the second-highest in Japan -- recently worked part-time taking pictures of vacant properties that can be posted online to attract buyers. 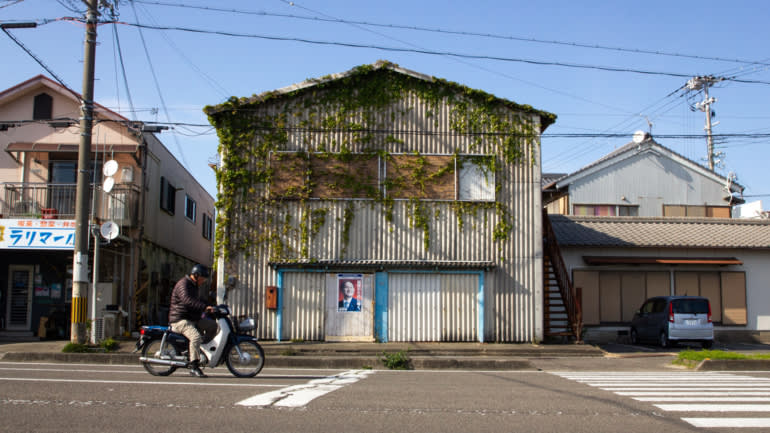 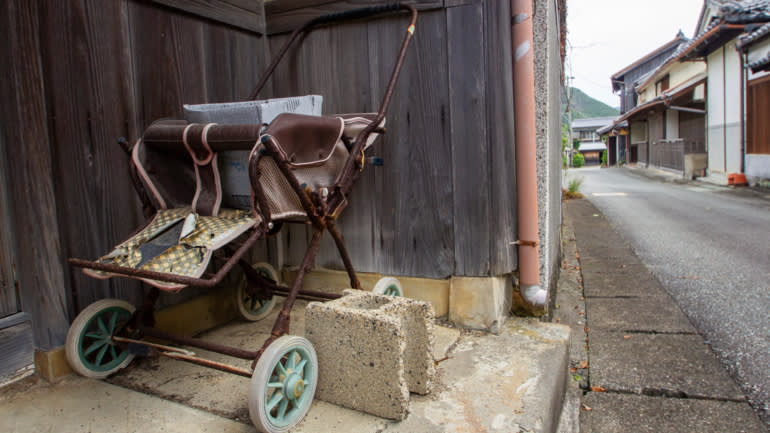 "There are people who are attracted to old, wooden Japanese houses called machiya," said Shimoda. "The price is often cheaper than the surrounding market." But common issues such as termites or rotten foundations can obliterate potential savings. "In particular, roof repairs are expensive," Shimoda said.

Like many towns with contracting populations, Tanabe is trying to lure new residents, especially with the surge in the number of people working from home, due to the pandemic, and a growing nostalgia for small-town life. Still, there is a long way to go.

"My personal impression is that the vacant house rate is higher in the central city area, where more homes are emptying due to tsunami concerns," said Shimoda.

Another quirk of the Japanese housing market is that the growing number of vacant homes has not corresponded with a slowdown in housing starts, especially as many younger couples are looking to move to higher ground.

The conversation about akiya in Japan usually touches on the issues of property values, regulation and how Japan is dealing with an accelerating demographic change. But there is also an element of sadness that is often unspoken.

"Every house has a history and a story and each one is very interesting," said Shimoda, who knows of one such home in Tanabe that still bears World War II shrapnel wounds in a beam in the living room. "The debris wasn't removed during renovation and is still preserved as a memory of the war."

As small cities compete for newcomers, Tanabe has a fighting chance. It is only 30 minutes away from Nanki-Shirahama Airport and large enough to provide most of the amenities that urban dwellers are accustomed to. But for every success, there will be a town or village that fades into memory.

"The current problem of vacant houses and land is a structural problem that has spread between a declining population and the existing system," said Tokyo Foundation for Policy Research fellow Yoshihara. "There is no panacea. I believe it is important to accumulate short-term measures and medium-term institutional reforms one by one."