Asians in the UAE scramble to use visa amnesty

Thousands of expatriate workers to regularize status or go home 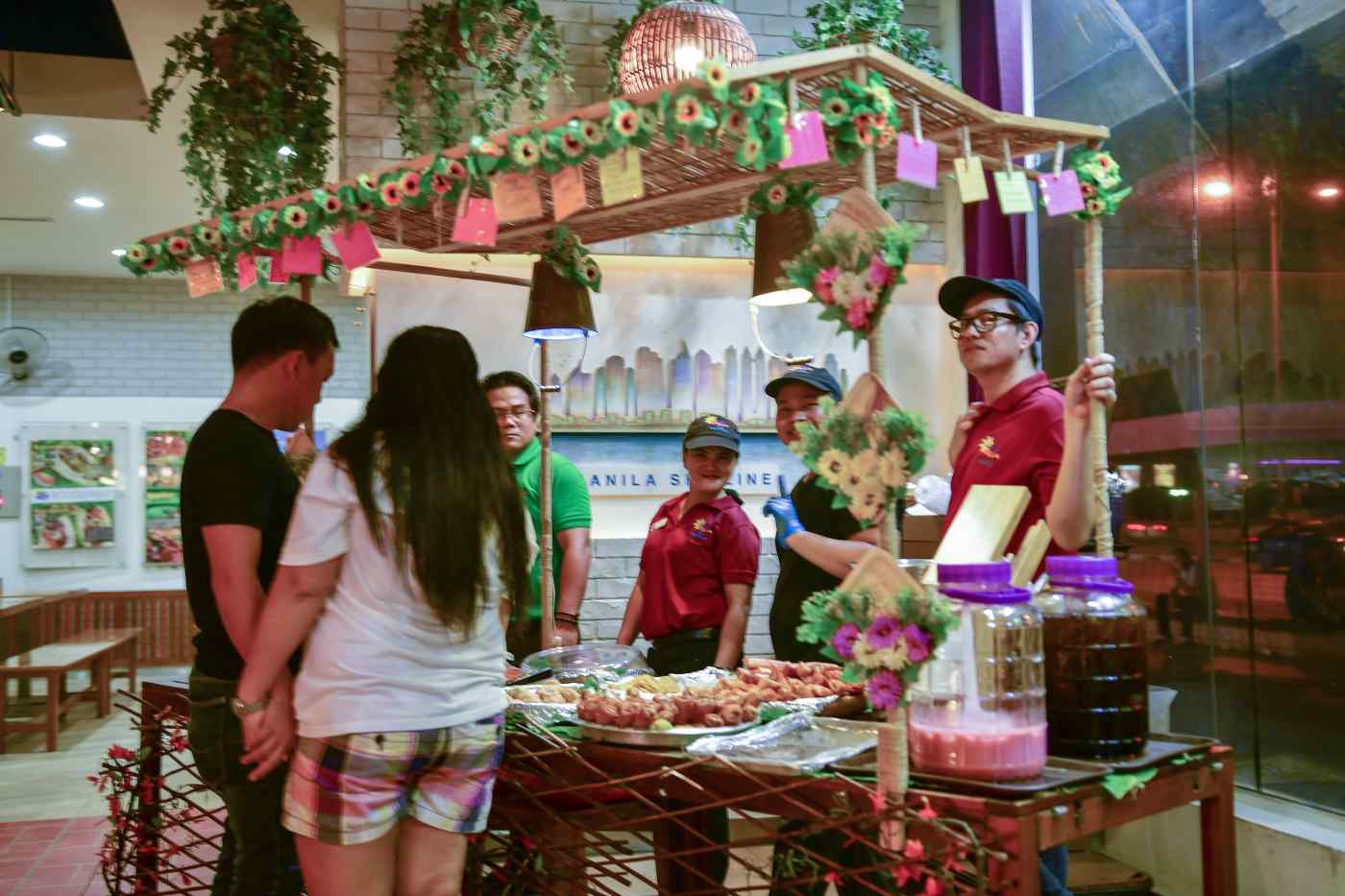 Little Manila in Dubai serves as a home away from home for Filipino expatriates, many of whom can take advantage of the UAE's visa amnesty. (Photo by Simon Roughneen)
SIMON ROUGHNEEN, Asia regional correspondentAugust 26, 2018 14:35 JST | Middle East
CopyCopied

DUBAI -- The food stalls ringing the interior of Little Manila in Dubai make for a nostalgic evocation of the real thing -- and serve as a home away from home for some of the estimated 750,000 Filipinos in the United Arab Emirates.

Across Dubai there are dozens of similarly themed restaurants and shops, sometimes even entire streets, catering to expatriate worker communities from India, Indonesia, Pakistan, Sri Lanka, Thailand and several other Asian countries.

Much of the talk in these establishments now centers on the thousands of stranded workers who are availing of a temporary amnesty provided by the government to fly home after having any prospective punishments for visa infractions revoked.

Others are using the amnesty, dubbed "Protect Yourself by Modifying Your Status," to regularize their right to live and work in the UAE and stay in the country.

According to the International Labor Organization, the UAE depends on around 8 million expatriate workers, almost 90% of the total population, to do jobs ranging from construction to domestic help to providing security in shopping hubs such as the Dubai Mall -- the world's biggest mall, which sits in the shadow of the Burj Khalifa, the world's tallest building. 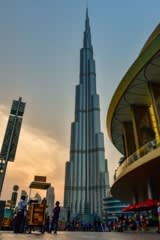 The Burj Khalifa, the world's tallest building, stands next to the world's biggest shopping mall. Expatriates make up around 90% of the UAE's population. (Photo by Simon Roughneen)

The amnesty runs for three months until Oct. 31 and has prompted the Indian, Indonesian, Pakistani, Philippine and Sri Lankan embassies to set up help desks for nationals needing assistance to take advantage of the program.

Embassies are reporting that many of those needing help have either overstayed tourist visas or no longer possess a passport, the document sometimes reported lost or confiscated by an employer or agent.

"Based on passports returned by immigration to the Embassy, there are approximately 1,000 to 1,500 nationals that potentially avail of the amnesty," said Yanuar Nasrun, first secretary for consular affairs at the Indonesian Embassy.

Around 100,000 Indonesians live in the UAE, split roughly 50-50 between Dubai, the commercial center, and Abu Dhabi, the capital.

The Pakistani consulate in Dubai is "extending validity of passports of Pakistanis living in Dubai and the Northern Emirates free of charge for seven months to the amnesty-seekers so they can rectify their visa status in the emirates or try to find job without any distress."

The Philippine government is covering the cost of a one-way flight home for nationals who want to leave the UAE without punishment. A first group of 105 people were repatriated on Aug. 15, followed by another on Aug. 25.

The Embassy of India in Abu Dhabi has published a 175-page list of lost passports provided by the UAE, naming almost 4,500 of its nationals who may need to take up the amnesty. The embassy also said it would help pair up amnesty-seekers with suitable job vacancies or employers.

Around 2.6 million Indians live in the UAE, according to the embassy, making the long-established community not just the biggest migrant group in the country, but the biggest group overall, at about 30% of the total population.

The UAE's gross domestic product per capita of $37,226, according to International Monetary Fund figures published in 2017, is slightly above Japan's. The oil-rich economy and shimmering high-rise skyline make the country a draw for not only for workers from developing countries in Asia and Africa, but also Europeans in search of white collar jobs.

Better-paid workers in teaching and engineering are drawn by the prospect of tax-free salaries and benefits such as free accommodation, with locals usually employed in the public sector.

But the UAE has long faced criticism from human rights groups over alleged mistreatment of low-paid expatriate workers, particularly those working in construction and as domestic servants. Many are tied to employers who sponsor visas, but who sometimes abuse their power to retain passports or skimp on renewing visas.

The UAE is by some estimates the world's third biggest source of remittances, and the money sent back by expatriate workers that is often a financial lifeline for their families at home.

According to the Asian Development Bank, remittances to the Philippines rose 5.3% in 2017 to more than $31 billion, or around 10% of the country's gross domestic product.

In Nepal, where in 2016 the government banned citizens from traveling to Gulf countries to work as domestic servants, remittances equal 30% of GDP. And though they only equated to 3.5% of India's GDP, the amount of money involved, $62 billion in 2016, was around the three times the GDP of Cambodia.

As an acknowledgment of the contribution that expatriates make to the country's economy, Philippine Consul-General Paul Raymund Cortes announced last week that the Dubai consulate would donate $100 to each amnesty-seeker that opted for repatriation under the ongoing scheme.

"We hope that this could provide some sort of a buffer to put a smile on their faces as they return home and be reunited with their families and start a new life in the Philippines," Cortes said.