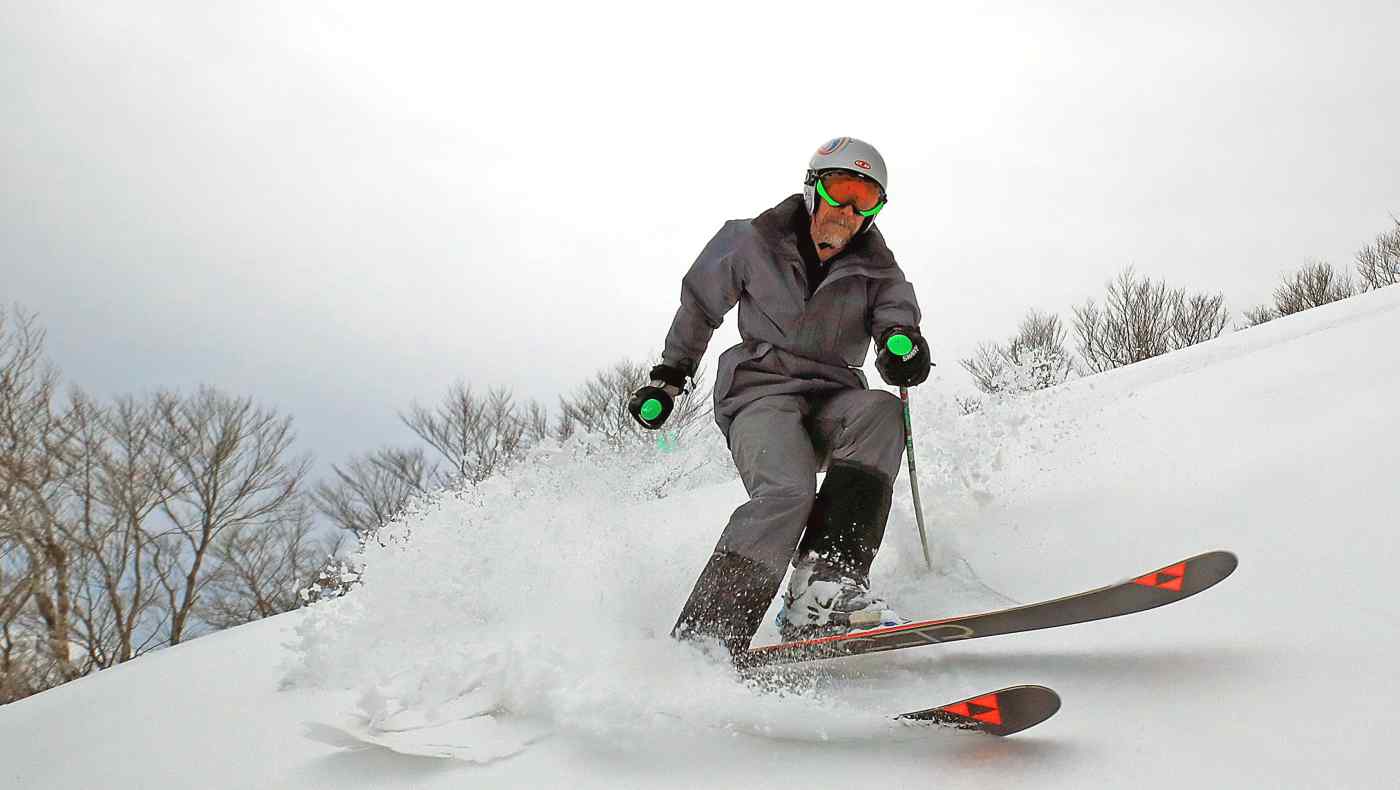 TOKYO -- On a February weekday, Robert Jagger, a ski buff from Australia, is poised at the top of a slope marked for advanced skiers at Geto in northern Honshu, Japan's main island.

"Wow, this is going to be a fantastic tree run," the 49-year-old says, looking over the surface of the powder. He puts on his goggles and glides down into a snow-carpeted beech forest.

Jagger has visited Japan a number of times. His latest trip was a two-week adventure with four friends. His Japan trips started in Niseko, Hokkaido. Now he is exploring other resorts.

Niseko is popular with Australians, to the point where many Japanese see them as a permanent fixture. But for an experienced traveler like Jagger, it is no longer the most appealing option. "The whole town of Niseko is like an Australian town and it doesn't feel special any longer," he said. "Here, I feel like a pioneer."

For serious powder-seekers, Geto Kogen Snow Resort in Iwate Prefecture is a well-kept secret, and therein lies its appeal: It remains fairly unknown, even to Japanese.

Australian skiers, Japan's biggest-spending tourists, have begun moving southward from Niseko in search of experiences off the beaten path. In addition to Geto, popular destinations include Urabandai in Fukushima Prefecture, Yuzawa in Akita Prefecture and Niigata Prefecture's Myoko. According to the municipal government of Kutchan, the hub of the Niseko region's tourism, overseas visitors who stayed at least one night reached 143,000 in the year ended March 2018, up 20% from the previous year. During that 12 months, the number of stays jumped 20% to 434,000. Much of the growth was driven by a surge in Chinese tourists. On the other hand, the number of Australian visitors rose by about 10% on the year to 27,000, and the number of stays fell about 1% to 96,000.

According to figures from the Japan Tourism Agency, Australian visitors spent an average 242,050 yen ($2,185) during their stay in 2018, up 7.2% on the year, making them the biggest spenders among foreign tourists. Chinese, who topped the ranking the previous year, slipped to fourth place, spending an average 223,640 yen, down 2.9%.

The number of foreign tourists visiting resorts for skiing and other winter sports rose 30% to 860,000 in 2017, around 95,000 of whom were Australians, according to agency statistics.

"About half of Australian visitors are advanced skiers," said Yasushi Shinohara, an associate professor and tourism expert at Atomi University Their numbers "have the potential to increase significantly," he said. Kitanihon Resort took over Geto's slopes in 2013, after the previous operator ran into financial difficulties.

"One of the key advantages of the slopes [at Geto] is that you are very likely to find powder," said Sadahide Sugawara, president of Kitanihon Resort, explaining the attraction to Australians. "And our marketing is narrowly targeted at advanced skiers in Australia."

In 2017, the company set up a booth at the Snow Expo, a ski show in Sydney. There, representatives met a pair of young videographers. They invited them to Geto to shoot a promotional video on location over a few weeks and put it on the internet. This quickly spread the word about the resort.

The company sent brochures to travel agencies in Australia that read: "Have you heard of a resort called 'Geto'? Didn't think so. Everyone says: 'Let's keep this place a secret.' "

Geto has attracted 100,000 to 110,000 skiers per season in recent years, an increase of about 60% compared with the previous operator's numbers. During high season, overseas visitors -- mainly Australians, New Zealanders and Canadians -- make up about 30% of the guests.

"We are planning to create an area for ultra-advanced skiers to attract more foreign visitors," Sugawara said.

In Urabandai, skiers from abroad are a common site at Hoshino Resorts Nekoma Snow Park & Resort. Owen Summers was there on bus tour for around three weeks, visiting five ski resorts noted for good powder.

"Don't write about this place because I want to keep it a secret," the 31-year-old quipped. "Urabandai is really fun. I can ski comfortably," said 56-year-old Marion Lucas, another participant. "The quality of the snow is great." A dip in the hot spring is a favorite activity after a tough day on the slopes.

Hoshino Resorts Bandaisan Onsen Hotel, located near the slopes, actively markets to travel agencies in Australia, asking them to include it in ski tours of Japan. So far this winter, the hotel has drawn more than 5,000 overseas guests, around 10 times as many as last year.

Those guests appear to enjoy their apres-ski as much as the locals -- soaking in the hot springs and enjoying a drink after a day on the slopes. They even appear to like a little avant-ski. This winter, Bandaisan Onsen Hotel began opening the bar bright and early --- at 9 a.m. instead of 7 p.m. -- after many overseas guests asked the hotel to open it in the daytime. The hotel also started selling locally brewed sake. The changes have lifted sales significantly.

Last December, a luxury hotel affiliated with Marriott International of the U.S., the world's biggest hotel operator, opened in the village of Hakuba, Nagano Prefecture, underscoring the dazzling prospects of Japan's ski industry.