Astronomy in focus atop the Warrumbungle mountains 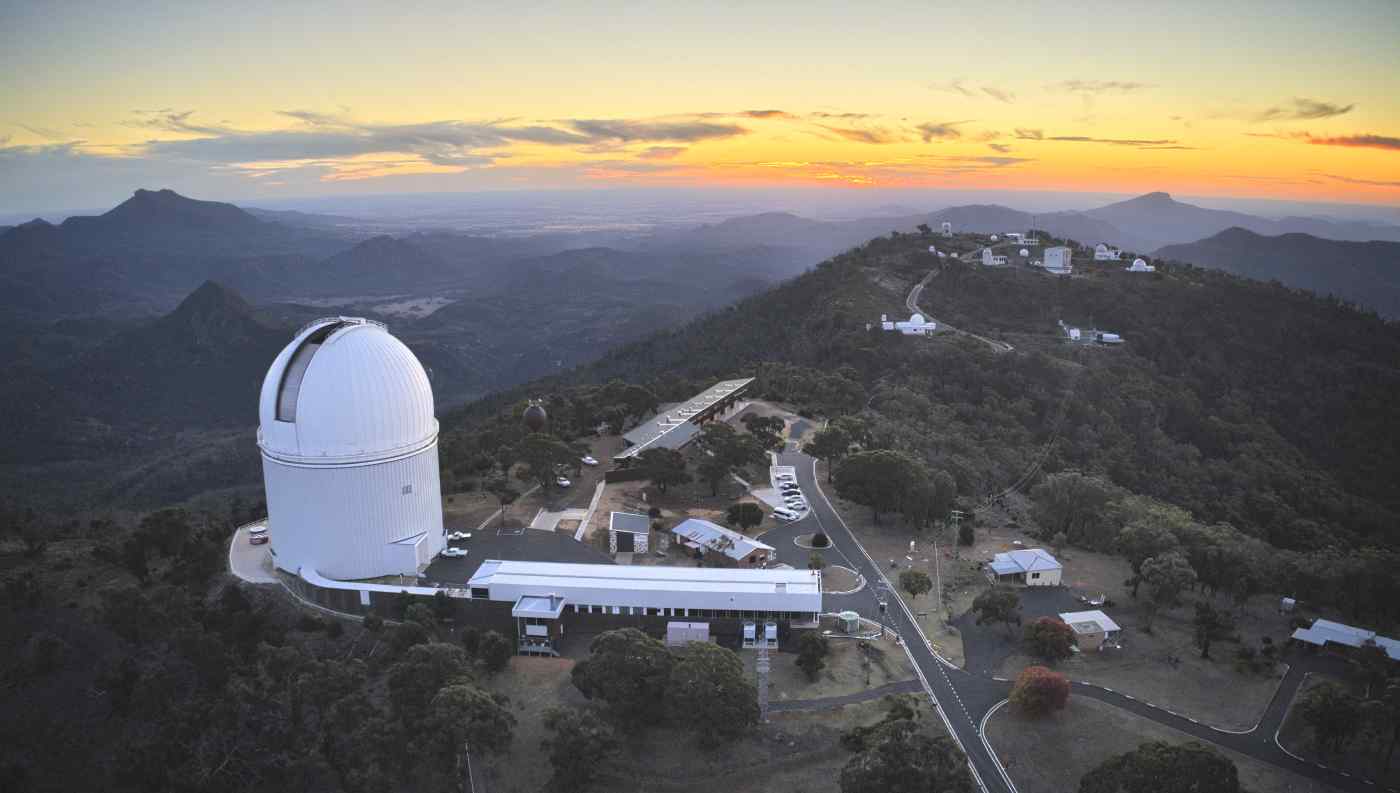 SYDNEY, Australia -- Gazing at the stars in wonderment has been part of the human experience since the dawn of time, and on a freezing cold night in Australia there may be no better place to do it than in the Warrumbungle mountain range 400 km northwest of Sydney.

From a chilly vantage point among the jagged peaks of the Warrumbungles, where the only light comes from a rising moon, the majestic Milky Way galaxy spreads across the dark southern hemisphere sky. Billions of stars twinkle in this swirl of gas and dust, part of a greater vastness that we know simply as the universe.

With its absence of intrusive artificial light, the pristine viewing environment of the Warrumbungles draws professional and amateur stargazers alike -- so much so that the nearby town of Coonabarabran markets itself as "the astronomy capital of Australia" and the U.S.-based International Dark Sky Association has designated the Warrumbungle National Park as Australia's only "dark sky park."

For more than 40 years, the park has hosted Australia's largest optical telescope, the 3.9-meter Anglo-Australian Telescope at Siding Spring Observatory, operated by astronomers from the Australian National University and other scientific institutes. On the fringes of the national park, private observatories have sprung up to cater for what is now a global tourism niche known as "dark sky travel" or "astro tourism."

The COVID-19 pandemic may have cooled the international side of this travel sector, but domestic visitors are picking up the slack. Australian dark sky travel pioneer Marnie Ogg says that even with COVID-19 restrictions, observatories around the world are booming. "Telescope sales have gone through the roof," she told Nikkei Asia. "The night sky is something that can't be taken away from people. Even if you can't travel, you can still go outside at night and look up at the sky." 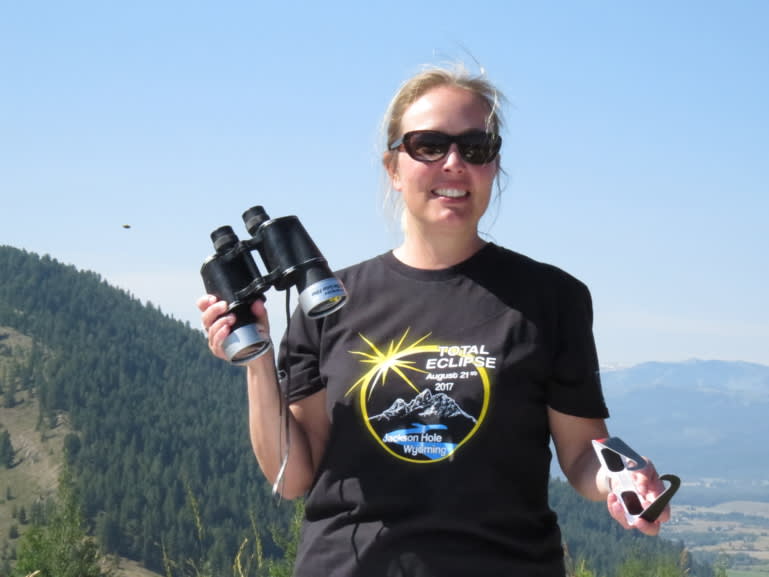 Ogg runs a Sydney-based business named Dark Sky Traveller and is the founder of the Australasian Dark Sky Alliance, a nonprofit organization that works to raise awareness among government authorities and communities about ways to minimize light pollution in stargazing areas and to create tourism opportunities.

She was instrumental in getting the Warrumbungle National Park recognized as a dark sky park in 2016 -- the only such park in the southern hemisphere until the designation of Wai-Iti on New Zealand's South Island in July last year.

All told, the Tucson, Arizona-based International Dark Sky Association has designated 100 international dark sky parks around the world since 2001, including 75 in the United States, reflecting the interest in stargazing there. Japan has two parks, on Kozushima Island about 180 km south of Tokyo, and the Iriomote-Ishigaki national park on the Yaeyama Islands in the East China Sea, about 270 km east of Taiwan. The night sky filled with stars over the dark sky park in the Warrumbungles. (Courtesy of Destination NSW)

Ogg says that in three decades of handling dark sky travel around the world, feedback from her customers is that Australia remains one of the best places for viewing stars. "Our sky is still darker than just about anywhere else, and Australia is the best place to see the Milky Way."

Warrumbungle National Park was the obvious candidate for Australia's first dark sky park because there was already a lighting policy in place for the Siding Spring optical telescope, and the local government authorities and community were aware of the need to protect the night sky. Ogg says the dark sky park designation was "a vindication of doing it right in terms of outdoor lighting policies."

Dark and quiet skies, crystal-clear nights and a relatively high altitude make the Warrumbungle mountains the perfect location for astronomical research, using both optical and radio telescopes. At Siding Spring, atop the 1,160-meter-high Mount Woorut, scientists operate an optical telescope that uses giant mirrors rather than lenses to capture light, enabling them to record and analyze what the telescope "sees."

A few kilometers east of Siding Spring is the 22-meter Mopra radio telescope, operated by the Australian government scientific research agency CSIRO. With no radio "noise" to concern them, scientists there are able to link up with the Australia Telescope Compact Array, a movable set of six 22-meter radio telescopes about 100 km to the north in a similarly quiet location outside the town of Narrabri. Two of the 22-meter radio telescopes in the Australia Telescope Compact Array, near Narrabri. (Photo by Geoff Hiscock)

Antennae on these telescopes collect radio waves from space and convert them to electrical signals. Combining these signals enables astronomers to build up a picture of cosmic radio sources.

There are camping sites inside the Warrumbungle National Park, and it is possible to visit the Siding Spring Observatory during daylight hours, though there is no public access to it at night apart from one weekend in October. Privately run observatories just outside the park such as the Milroy and Warrumbungle observatories are equipped with smaller telescopes and run tours for visitors to explain what is happening in the night sky.

At the Warrumbungle observatory, about a 10-minute drive from Coonabarabran, visitors are guided through a map of the night sky, helping them to locate the brightest star, Alpha Centauri, and its twin Beta Centauri in the Centaurus constellation. Both are "pointers" to the celestial south pole, in conjunction with their near-neighbors, the stars of the Southern Cross constellation, which appears on Australia's national flag. Stars in the evening sky above the Breadknife rock formation in Warrumbungle National Park. (Courtesy of Destination NSW)

"Warrumbungle" means crooked or broken mountain in the language of the traditional Aboriginal custodians of the land, who have practiced their own form of astronomical research for thousands of years. The Gamilaroi, Wiradjuri and Wailwan people have looked up at the sky above the Warrumbungles to guide their spiritual practices and their Dreamtime creation stories, to discern practical information such as the seasonal availability of certain foods, and to alert them to weather patterns.

Ogg has some handy advice for would-be stargazers, whether they do their viewing in the Warrumbungle dark sky park or somewhere else. "You need to give yourself the best chance. Your best opportunity is five days either side of the new moon, and you should allow your eyes 20 minutes to adjust to the different light load. If you go straight out from your brightly lit kitchen and look up at the night sky, you will only see 10% to 15% of what is there. Your pupils have to adjust to the different conditions."

Ogg adds that while telescopes are a great idea for stargazing, they take a little bit of getting used to, and can cost anywhere from $300 to $100,000. "The easiest way to get started is with a pair of binoculars. That's something that most people might already have at home," she says.