Wild camels in South Australia: Driven from the desert by a prolonged drought, camels are descending on towns in search of water, wreaking havoc on infrastructure and endangering residents in the process.
GEOFF HISCOCK, Contributing writerFebruary 26, 2020 12:31 JST | Australia
CopyCopied

SYDNEY -- Emerging from the sand dunes of Birubi Beach, 200 km north of Sydney, a team of camels plods slowly into the shallows of the Tasman Sea, giving visitors riding the animals an unusual experience as the waves break at their feet.

The Birubi camel ride is just a small part of a complex mosaic of activities and enterprises that has tied camels into the Australian landscape for the past 180 years. Imported from South Asia in the mid-19th century, the dromedary (one-hump) camels now are farmed for their milk, meat, hair and hide, while a few are trained and exported to the Middle East as racing camels. Their genetic material is also used to help rebuild threatened overseas stocks.

But they are not universally loved -- large numbers of wild camels in the Outback can be a massive headache for remote Aboriginal communities. In the past year, especially, prolonged drought and extreme heat has encouraged thousands of camels and some feral horses to emerge from the desert and enter townships in search of water. In the process camels have damaged infrastructure such as fences, water pipes and air conditioners, endangered residents and travelers, and polluted food and water supplies.

In January, sharpshooters in helicopters killed more than 5,000 camels in the remote Anangu Pitjantjatjara Yankunytjatjara region in the northwest of the state of South Australia. The cull, approved by Aboriginal elders who are the traditional owners of the land, set off a storm of domestic and international criticism, with many arguing that there were better ways to handle the camels than shooting them.

According to the APY land management board, the camels were shot because they represented a health and safety threat to communities, even though some indigenous groups found the cull spiritually distressing and one part of the local community refused to endorse it. 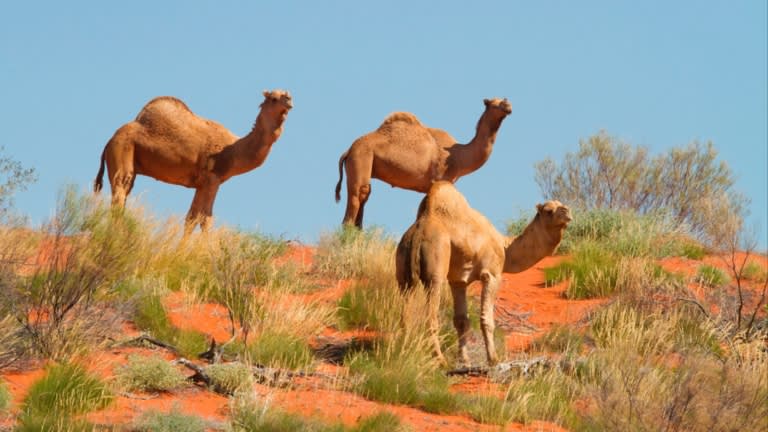 Jeff Flood, chief executive officer of Australia's biggest camel dairy, Summer Land Camels, in the state of Queensland, told the Nikkei Asian Review that killing the animals was "twisted and wrong thinking," and claimed the cull was a part of a move by "opportunistic parties" to gouge funds from state governments.

He called on Australia's federal and state governments to recognize camels as an agricultural asset with "huge market potential" in milk, meat, wool and hides, and an opportunity to secure sustainable livelihoods for many indigenous communities. "Camels are well-suited to Australian conditions, they actually benefit the ecosystem, and they should be brought into managed production systems," he said. Camels were first imported to Australia in the 1840s to help haul goods for European explorers venturing into the central desert. Their handlers, who came mainly from Afghanistan and modern-day Pakistan and India, were known in general as Afghans, later shortened to Ghans. Today, a passenger train that makes the 3,000 km journey between Adelaide in South Australia and Darwin in the Northern Territory via the central town of Alice Springs is known as The Ghan, in honor of the early cameleers who helped open up inland areas.

Australia has about 1 million wild camels, one of the largest national herds of dromedaries in the world. But numbers are growing faster than the industry can handle. Each year, about 5,000 camels are used for human consumption and pet food, and a few hundred are exported. About 1,300 are part of milking herds. In the state of Western Australia, for example, the Ngaanyatjarra Camel Company musters and sells feral camels to an abattoir for export to North Africa and has air-freighted about 200 potential racing camels to the United Arab Emirates in recent years.

Flood said camels have a much larger potential role in agribusiness, with domestic and export opportunities opening up for camel milk and value-added products such as skin creams, nutraceuticals and other health and beauty products, especially in China and Japan. For the past four years, Summer Land has been steadily building up production capacity at its base about 60 km southwest of Brisbane, and is now one of the largest camel milk producers in the world, accounting for about 75% of Australian output.

Flood said the company usually pays about 800 to 1,000 Australian dollars ($530 to $660) for wild camels that would otherwise be killed. He said its herd of 850 animals would grow to 5,000 by 2023, giving the company the ability to milk 1,000 camels a day and potentially bringing its production costs below AU$5 a liter. A milking camel produces about 6 liters a day, compared with 16 liters for a dairy cow, making its milk relatively expensive. 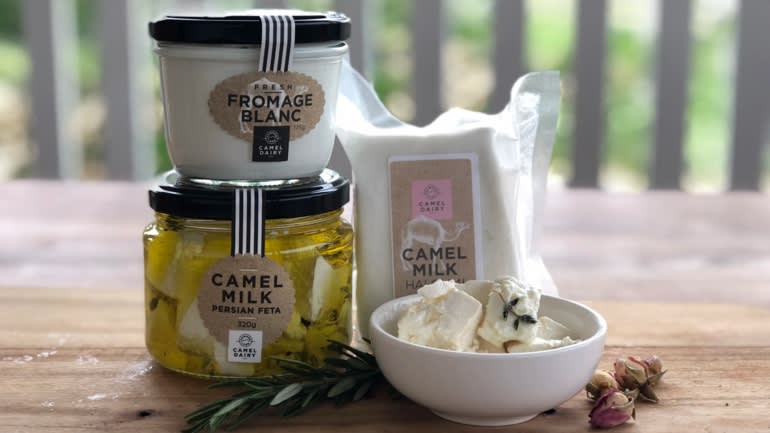 Flood said Australian camels are "a naturally selected blend of genetics from across the world," making them stronger and healthier than many herds elsewhere. He urged national, state and local governments to work with companies like his to help create an export market for camel milk and health and beauty products. "China and beyond are crying out for camel milk," he said.

In the meantime, though, there is the pressing issue of how best to handle feral camels. The animals can live for up to 40 years in the wild, and range over thousands of square kilometers of land. If left unchecked, their numbers will double every eight to 10 years.

The Australian government's national feral camel action plan says that "if this happens, the extent and magnitude of the damaging impacts of feral camels will increase," adding that in areas of high feral camel density, "many Aboriginal people have indicated that feral camels negatively impact the broader landscape environment."

That can include damage to culturally significant places such as religious sites, burial and ceremonial grounds, places of birth and places where spirits of dead people are said to dwell. Camels can also be responsible for degradation of water holes and springs, destruction of bush tucker (wild food) resources and interference with native animals and hunting activity. For the wider Australian community, feral camels also create dangerous driving conditions and are a safety threat on Outback airstrips. They are regarded as a nuisance in residential areas.

Nevertheless, said Flood, wild camels are an asset that should be better managed. "Camel meat is fantastic, the wool is second only to alpaca, the hide is strong and durable and the milk is second only to human breast milk [in nutritional content]. It makes no sense to cull them when instead they could be brought into our agricultural production systems," he said.

The global market for camel milk was worth about $5.6 billion in 2018, according to a recent report by New York-based research group IMARC. With demand picking up because of the product's perceived "healthy" status, IMARC predicts that the market will exceed $8 billion by 2023-24. The challenge for Australia is whether it can become a safe and reliable milk supplier while ensuring that Outback communities are not threatened by wild camels.