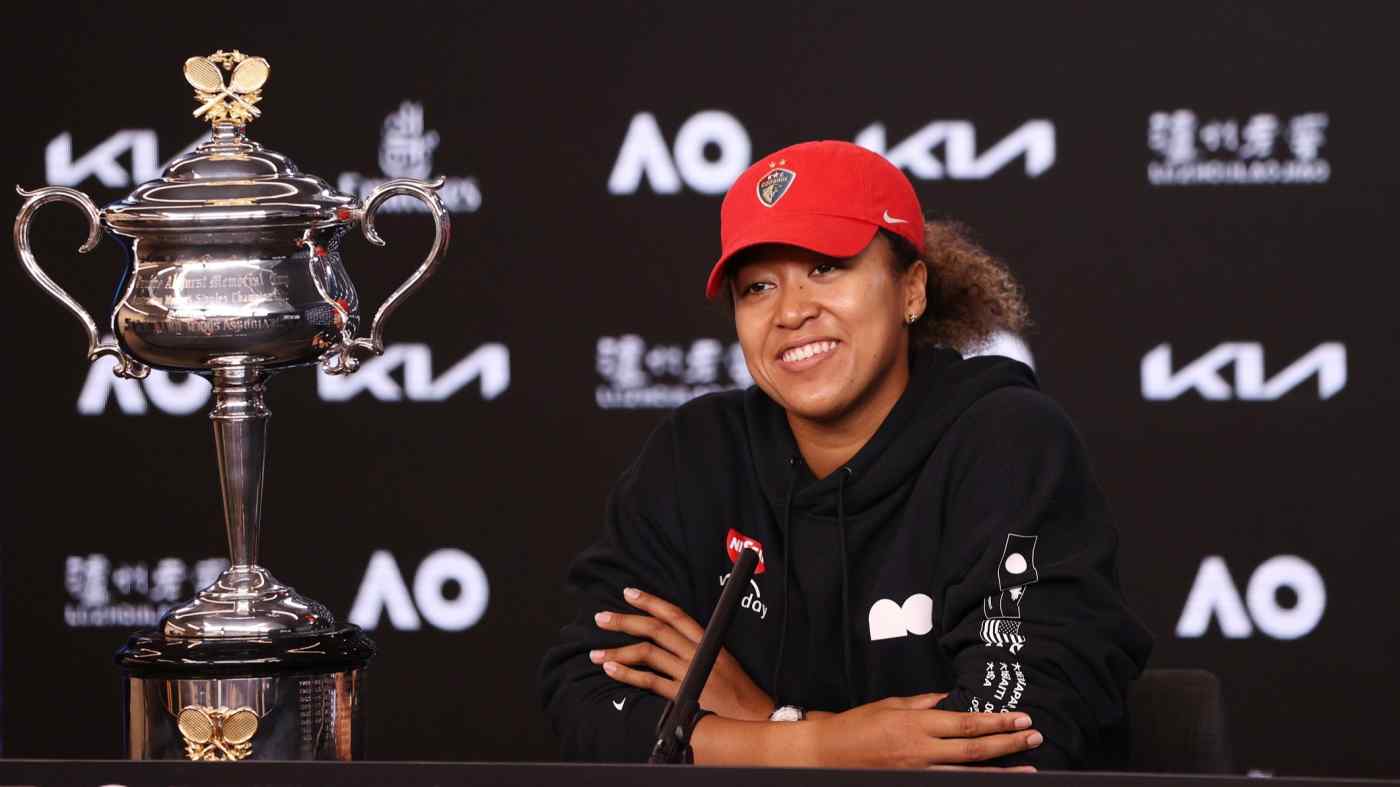 TOKYO -- Winning her second Australian Open title on Saturday, Japanese tennis star Naomi Osaka proved no moment is too big for her. She has never lost any of her four Grand Slam final appearances.

"Right now, I'm trying to go for five," she told reporters after the match. "I like to take things not big-picture. For me, I like to live in the moment.

"But I don't want to weigh myself down with pressure and expectations. I know that the people that I'm playing against are the best players in the world and if my time comes to win another Grand Slam, it will come."

Her opponent, Jennifer Brady, was a familiar one. The two battled in an epic more-than-two-hour duel in the semifinals of the U.S. Open in September, with Osaka beating the American in three sets. Osaka has looked back on that match, saying, "I've never had to physically and mentally fight so hard."

But this time, the 23-year-old handily defeated her rival in straight sets 6-4, 6-3, to join Roger Federer and Monica Seles as the only players to win all four of their first Grand Slam finals. 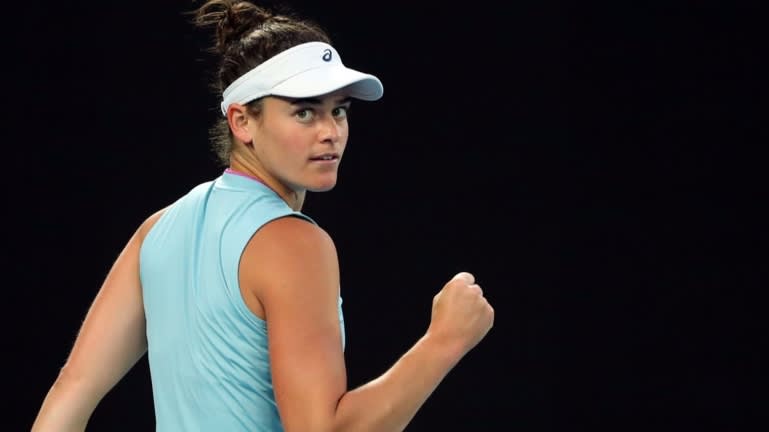 American Jennifer Brady could never really find a rhythm during her finals match against Osaka.    © Reuters The turning point in Saturday's match came in the first set, with Osaka leading 5-4. When Brady committed a double fault, Osaka pounced on the moment. Successfully returning the following two serves, each led to mistakes by Brady. After breaking her opponent's serve, Osaka went on to win the first four games of the second set, comfortably cruising to her tournament win.

When Osaka struggled to deliver her first serve in the opening set -- just a 42% completion rate -- it was her return and second serve, which she had worked on during the off season, that kept her in the game. She returned 74% of her opponent's serve, denying Brady a chance to get into a rhythm. Osaka's second service success ratio was 56%, beating Brady's 43%.

Her winning streak since last August is now 21 matches. At the U.S. Open, she had four matches that were fought out over full sets, including with Brady. This tournament, she only had one.

In the fourth round, she survived two match points. In the semifinals, she beat Serena Williams in such a decisive manner that the American, who holds the record for most Grand Slam singles titles with 23, cut short a postgame news conference in tears.

Just a year ago, Osaka was at the bottom of her game. In January, she appeared at the Australian Open as the defending champion, only to be defeated by 15-year-old American Coco Gauff. A month later in the Fed Cup qualifier against Spain, Osaka suffered a shocking loss to 78th-ranked Sara Sorribes Tormo.

The tides turned after the world tour was shut down due to the coronavirus. It enabled her to look at things in context. "I used to weigh my entire existence on if I won or lost a tennis match. But I think bigger than that, I feel like I'm playing with a different purpose for this trip," she said. Her victory Saturday suggests that the women's tennis world is entering a Naomi Osaka era. Together with her activism in the Black Lives Matter movement, Osaka is becoming a prominent voice in the world, transcending nationalities and the world of tennis.

What a difference a year can make.